Zoonotic diseases (zoonoses) are infectious diseases caused by pathogens including bacteria, viruses, helminth, protozoa, and fungi that spread from animals to humans. Over 60 percent of existing human infectious diseases, including Giardiasis, influenza, severe acute respiratory syndrome (SARS), Ebola, and COVID-19 are zoonotic, and 75 percent of emerging infectious diseases are also of animal origin. The combination of increasing connections between humans, livestock, and pets, as well as increased travel and trade and changing environmental conditions will likely increase the rate at which zoonotic disease events will occur. At the 23rd Forum on Global Issues in 2009, Dr. Margaret Chan, the director-general of the World Health Organization (WHO) at the time, gave a prescient warning: “Surveillance for emerging diseases contributes to global security...will health authorities catch the next SARS, or spot the emergence of a pandemic virus in time to warn the world and mitigate the damage?” Indeed, zoonotic disease surveillance will be critical to predict and potentially prevent future zoonotic disease outbreaks.

The eyes and ears of the global public health effort

According to Timothy Baszler, DVM, PhD, executive director of the Washington Animal Disease Diagnostic Laboratory (WADDL) at Washington State University, “disease surveillance represents the eyes and ears of the global public health effort, systematically generating information that informs actions to contain, control, and mitigate the consequences in at-risk humans and animals.” This can encompass a wide range of activities such as monitoring changes in infectious agents (for example, increased virulence), evaluating the effectiveness of control and preventive health measures, supporting health planning and resource allocation, and identifying at-risk populations, among others. 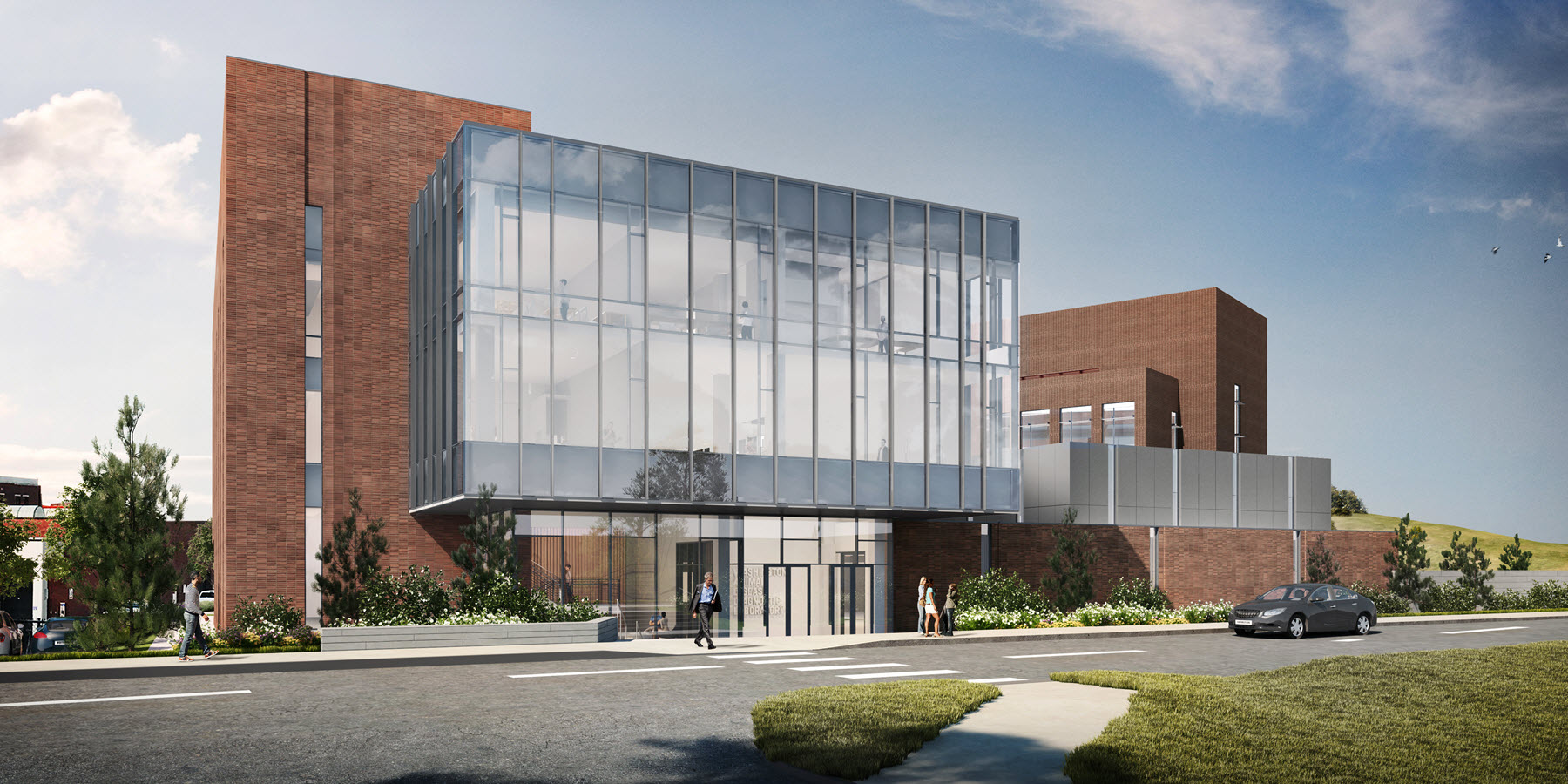 The Seattle studio of global, interdisciplinary architecture firm Perkins and Will is spearheading the design of Phase II of the Global Animal Health Building (GAH2) at Washington State University, the new home of the Washington Animal Disease Diagnostic Laboratory (WADDL).
Rendering provided by architect Perkins and Will

Multiple factors contribute to a growing need for qualified zoonotic disease surveillance laboratories, such as WADDL. “Infectious diseases are expanding due to environmental changes and altered interactions among hosts, reservoirs, vectors, and pathogens,” says Baszler. In addition to zoonoses arising from wildlife, vector-borne diseases are also emerging at an increased pace. Unlike a zoonotic disease that is transmitted between animals and humans, vector-borne diseases such as West Nile virus and Zika virus are transmitted to humans or other animals via arthropod bite (by a tick or mosquito, for example). “There have been a range of expansions of reservoir hosts, vectors, and the pathogens they harbor,” says Baszler.

The increasing frequency of zoonotic disease events has significant global consequences. In addition to growing health and human tolls associated with the COVID-19 pandemic, for example, Global Economic Prospects forecasts the pandemic may result in the deepest global recession in decades. Other emerging zoonotic diseases such as influenza, SARS, and Ebola have also had significant human and economic impacts. These events have impacted industrialized countries, “despite well-developed health systems and sanitary infrastructures,” explains Baszler, adding “their impacts have been even more devastating for middle-income and developing countries.”

Understanding the nature of disease appearance and spread is fundamental for predicting and preventing such outbreaks. According to Baszler, increased zoonotic disease surveillance is necessary “to understand the genetic-, population-, social-, and ecological-level characteristics that enable zoonotic pathogens to jump species and spread easily to humans.”

Certain viruses, bacteria, fungi, and parasites can be detected directly using traditional culture and isolation methods. For example, waterborne zoonoses such as Escherichia coli can be identified based on their growth in culture media. While effective, these methods are time consuming and usually require 24 hours of pathogen growth in the culture media before results may be obtained. Further, this approach is unsuitable for the detection of certain pathogens.

Immunological methods enable the detection of host antibodies to an infectious agent. They are particularly useful for the identification of antibodies following immune activation in the acute phase of infection. Enzyme-linked immunosorbent assays (ELISAs) for example, are designed to detect pathogen-specific antibodies.

Related Article: Technology Could Be Key in Tracking COVID-19 Spread

Molecular diagnostic methods, including polymerase chain reaction (PCR) techniques, enable the detection and identification of biomarkers at the most basic level: nucleic acids. “Molecular diagnostics is a burgeoning recent application to diagnostic surveillance testing,” says Baszler. Not only does the technique enable detection of all types of infectious disease pathogens, “it is the cornerstone for the discovery of new and emerging infectious diseases through genetic sequencing,” he explains.

Whole genome sequencing techniques are also being developed and implemented, based on growing demand. “Genomics is capable of informing not only pathogen diagnostics but also epidemiology investigation of infection outbreak sources, and even trends in antimicrobial resistance,” Baszler explains. Fast and affordable pathogen genome sequencing will support continuous surveillance, and enable rapid diagnosis and real-time tracking of emerging disease pathogens.

New technologies are being designed to overcome some of the challenges associated with disease surveillance, namely, a lack of qualified laboratories and trained professionals. Cellphone-based technologies, paper-based assays, and lab-on-a-chip platforms can provide accurate results and require minimal resources and skill. “Such assay formats are paving the way to robust, automated, simplified, and cost-effective point-of-care testing,” says Baszler.

When a zoonotic infectious disease agent is detected, the laboratory must initiate an immediate response to protect those who may have been exposed. First, the animal owner and veterinarian treating the animal must be informed, as well as the surveillance laboratory staff, who may have been exposed during specimen handling or processing. “For their own personal safety, they need to take appropriate precautions to avoid becoming ill with the zoonotic disease, for example, they may inform their physician who may prescribe prophylactic antibiotic treatment,” explains Baszler.

Next, the laboratory may need to notify the appropriate government agencies that can monitor and respond to outbreaks and coordinate recovery efforts. WADDL would report such zoonotic diseases at the state level to state animal health officials, as well as public health veterinarians or epidemiologists within state departments of health. A zoonotic disease would also be reported to national agencies that then report to WHO and the World Organisation for Animal Health to facilitate global surveillance.

The combination of increased human and animal populations and interactions, coupled with a changing environment may increase the frequency of zoonotic disease events. Advances in molecular diagnostics and point-of-care testing technologies will be essential to support increased zoonotic disease surveillance efforts.