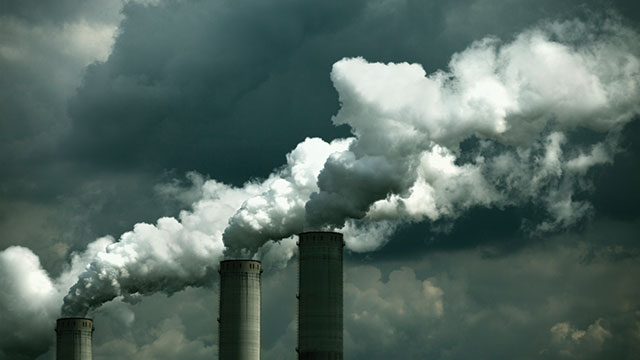 On Friday, August 3, 2018, the Texas Commission on Environmental Quality issued another Ozone Action Day in Houston, Texas—the fourth-largest city in the United States. People with respiratory issues were encouraged to stay inside as much as possible. Limiting driving, especially idling, was also recommended, although the latter is almost impossible in one of the top 10 cities for traffic congestion in the country, according to INRIX, a company that collects traffic data. But it’s not just this southern hot box that needs to think about air quality. Fighting for clean air is an international issue.

According to the World Health Organization (WHO), outdoor air pollution kills 4.2 million people every year. Ninety-one percent of “the world’s population lives in places where air quality exceeds WHO guideline limits.”

Other organizations have published related findings. In the Annals of the American Thoracic Society in 2018, Kevin Cromar, director of the air-quality program at New York University’s Marron Institute of Urban Manage ment, and his colleagues published data from the Health of the Air report, which is produced by the Marron Institute of Urban Management and the American Thoracic Society (ATS). The results revealed that ozone levels surpassed ATS recommendations in more than 80 percent of the counties with validated air-quality monitors. The report estimated that poor air quality accounts for about 6,270 added deaths in the United States every year. The Health of the Air team also developed an online tool (HealthoftheAir.org) that provides air-quality data on specific areas of the United States.

To improve the quality of the air that we breathe, many scientists have the same goal: to produce more accurate measurements. As it turns out, that’s not such an easy task.

PARTICLES IN THE PROBLEM

When discussing air quality, scientists typically mention ozone and particulate matter (PM). Ozone is a gas made up of three oxygen atoms, and it’s not always bad. In the upper atmosphere, ozone can absorb almost all of the carcinogenic ultraviolet rays from sunlight, but at ground level, breathing ozone constricts airways, which can cause problems from a cough to chronic obstructive pulmonary disease.

The PM in air that impacts the quality is defined by the U.S. Environmental Protection Agency (EPA) as “a complex mixture of extremely small particles and liquid droplets that get into the air.” The EPA adds, “Once inhaled, these particles can affect the heart and lungs and cause serious health effects.” The PM in air-quality measurements reflects the size of the particles. For example, PM2.5 represents particles that are less than 2.5 micrometers in diameter. That makes the biggest of those particles about one-twentieth the diameter of an average human hair. Scientists also study other particle sizes, such as PM10 and PM0.1 , which are less than 10 and 0.1 micrometers in diameter, respectively.

When asked about the top priorities in air-quality monitoring, Anthony Wexler, director of the air-quality research center at the University of California, Davis, says one is “measuring PM0.1 , which may be more related to health effects than PM10 or PM2.5 .” He adds that this is a challenge because there are currently no suitable instruments on the market.

In addition to the size of the particles in the air, the chemicals that make up those particles also matter. That’s why Wexler says that one need is “real-time sensors for PM chemical composition.” To better measure smaller particles and determine what they are, scientists require new tools and techniques.

Protecting human health is a top objective for monitoring the quality of air. It requires knowing sources of danger and how they cause damage.

Even very low concentrations of air pollutants have been shown to have serious health effects, Wexler explains. Human health can be in jeopardy from gases in the tens of parts-per-billion range and particles in the range of tens of micrograms per cubic meter. “These low concentrations are difficult to sense,” he says.

To monitor air quality as effectively as possible, scientists need tools that can provide the desired data and do so economically. So it would be useful, Wexler says, to be able to measure PM composition “without spending hundreds of thousands of dollars.”

Other experts agree that better technology is needed to improve our ability to monitor air quality. For example, Julian Marshall, Kiely Professor of Civil and Environmental Engineering at the University of Washington in Seattle, says, “Top priorities are low cost, accuracy, portability, durability, and avoiding—or knowing about—measurement artifacts.” He adds, “For some measurements, meeting regulatory standards is important.”

Today’s instrumentation lacks some of the crucial features that scientists desire for better air-quality monitoring. Sometimes, for instance, an instrument doesn’t work long enough where it’s needed. As Marshall says, “Many instruments that are portable have short battery lives or otherwise are difficult to use for longer-term measurements.”

Even with enough battery power, today’s instrumentation often lacks capabilities that scientists need. One of the key shortcomings is lack of reliability. “Getting reliable measurements—for example, reproducible measurements—from reasonably priced devices can be challenging,” Marshall explains. “This aspect is something that colleagues and I struggle with each day.” As a result, many scientists are on the hunt for low-cost sensors that are sufficiently reliable.

Several approaches are under way to analyze air quality in new ways. Some of those projects are taking place in the lab of Aydogan Ozcan, Chancellor’s Professor at the University of California, Los Angeles (UCLA), and leader of UCLA’s bioand nano-photonics laboratory. In Light: Science & Applications in 2017, Ozcan and his colleagues reported on a new technique for measuring air quality with a mobile microscope and machine learning. The scientists described this platform, called c-Air, as a “field-portable cost-effective platform for high-throughput quantification of particulate matter.” This platform includes a micropump, an air sampler, and a lens-free holographic microscope on a chip, and a custom machine-learning algorithm analyzes the data. In 30 seconds, c-Air screens 6.5 liters of air and determines the PM size distribution down to 1.74-micrometer particles. The scientists noted that the resolution could be improved to 0.5 micrometers, if needed, with a different sensor that uses smaller pixels or by applying computational techniques that “digitally synthesize smaller pixel sizes.” Ozcan and his colleagues concluded, “We believe that the c-Air platform, with its microscopic imaging and machine-learning interface, has a wide range of applications in air-quality regulation and improvement.”

Networking technology might also provide more information. Here, inexpensive and reliable sensors have the potential to transform air-quality research. They would enable data to be collected from more locations and more frequently. Wexler points out that this could allow citizens and communities to get involved. He hopes to see sensors improve to the point that measuring common air pollutants, like ozone and PM2.5 , can be done with inexpensive, accurate, and real-time sensors “so that everyday citizens can measure the quality of the air that they breathe.” Wexler notes that the number and quality of sensors that are affordable to consumers and have reasonable accuracy is growing rapidly.

Teamwork in monitoring air quality could be practiced in many ways, including a project called MegaSense, which is coordinated by the University of Helsinki in Finland. MegaSense aims to combine many inexpensive and low-quality sensors with advanced machine learning and very accurate measurement stations.

Sasu Tarkoma, professor of computer science at the University of Helsinki and head of MegaSense, says that the MegaSense project reached a major milestone at the Mobile World Congress Shanghai with a live demonstration of wireless air-quality sensors calibrated with artificial intelligence techniques. This collaboration of the University of Helsinki, Nokia Shanghai Bell, China Mobile, and Vaisala demonstrated “live air-quality measurement and calibration with industry-grade and lowcost air-quality sensors,” Tarkoma explains.

MegaSense is already running a pilot project in the Helsinki sinki area, and another is being developed in Beijing, China. As Tarkoma points out, MegaSense “builds on the scientific SMEAR measurement station network that operates in three countries at the moment: Finland, Estonia, and China.” Larger-scale trials are expected in late 2018 and early 2019.

MegaSense relies on a combination of high-quality sensors that calibrate low-quality ones. “The system is supported by a highly accurate measurement tower in each city that provides the ground truth data, a dispersion model designed for the urban environment, and a distributed mesh network of low-cost and very low-cost air-quality sensors that are calibrated based on validated sensor data,” Tarkoma explains. Although today’s inexpensive air-quality sensors suffer from drift in their measurement and exhibit high error rates, the MegaSense approach deals with that through what Tarkoma calls “a calibration scheme that detects drift and corrects it.” He adds that MegaSense integrates with the 5G cellular network and leverages mobile edge computing for sensor management.

With this technology, Tarkoma and his colleagues envision benefits to air-quality monitoring. The key objectives, according to Tarkoma, include near-real-time air-pollution monitoring with high spatiotemporal accuracy and fine-grained air-quality maps that enable a new generation of environmental services for personal health, city planning, and pinpointing air-quality problems.

Given the negative health impacts of poor air quality and the huge number of people impacted, almost no effort is too extreme or over the top. Making better use of existing sensors and developing better ones should be a high priority for countries, organizations, and labs around the world. Working together, both as scientists and citizens, could be the key to improving the air that we breathe.

Advancing New Materials and Technology Outside the ISS

Advancing New Materials and Technology Outside the ISS