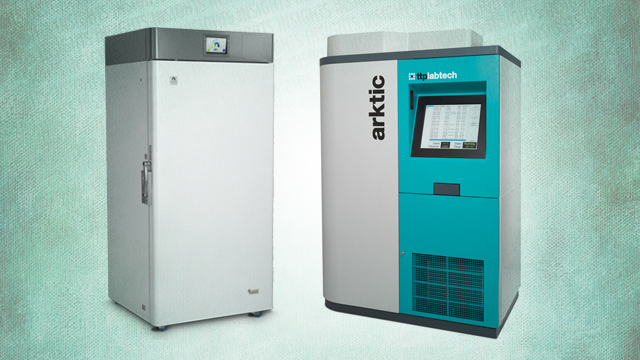 Developers are constantly on the lookout for technologic tweaks that maximize efficiency, reliability, stability, and temperature uniformity while minimizing noise, energy consumption, and released heat.

In one popular ultralow-temperature freezer design, cascade refrigeration, units reach target temperatures in two stages. The first compressor lowers temperature to an intermediate level, at which point a second compressor takes it the rest of the way, for example to -86°C. Cascade compressors use different refrigerants.

The drawback of cascade systems is that the compressors depend on each other and work together. If one fails, the other will not be able to keep up. Unless someone notices a malfunction, the box will eventually warm up to room temperature. And this indeed happens, with sometimes disastrous results. For example, in 2012, a Harvard University lab lost a priceless collection of human brains when a compressor failed despite the fact that there was no power outage and all alarms and indicators were apparently functional.

Several years ago Panasonic introduced a freezer design that uses two independent compressors to reach -86°C. If one compressor fails, the other takes over and holds the unit at around -65°C. This dual-compressor freezer was regarded as the safest of its time in terms of sample preservation under difficult conditions.

Noise and heat are important factors to consider during lab design. To guarantee a healthy work environment, lab managers should seek to minimize noise from freezers and other instruments that are constantly working. In particular, freezers that cool to -80°C are noisy and generate unacceptable heat that adds to the air-conditioning burden. Costs are even higher for freezers that operate through 220V outlets.

As a possible alternative, freezers that cool to -80°C from 110V outlets–the same kind used in homes– employ unconventional cooling technology rather than conventional cascade refrigeration.

Vlad Lebedev, CEO of RURO (Frederick, MD), mentions a freezer from Stirling Ultracold (Athens, OH), which uses a 110V free-piston Stirling engine as a high-performance, cost-saving, reliable alternative to conventional ultralow freezers. “These freezers use approximately half the electricity, are very low noise, and maintain a consistent temperature curve,” Lebedev says. “Electricity savings comes from both the voltage reduction and the free-piston design. Better coefficients of performance result in power savings. These freezers may cost more than standard freezers, but lower costs over time makes up the difference.”

Another possibility to reduce costs, heat, and noise in the lab is to locate all freezers within a common area, allowing freezer management through a single software package such as RURO’s FreezerPro®. Freezer/sample management software allows easy retrieval of samples, thus avoiding cooling dispersion when the freezer door remains open for long periods. Additionally, research groups could share the same freezer for additional cost savings.

This innovation is part of the growing trend toward automated “smart” frozen storage. “Storage at -180°C is convenient because at that temperature it is possible to maintain, within the same fridge, cells, enzymes, and mRNA samples,” Lebedev says. “Centralized, robotic sample storage and retrieval reduces the likelihood of human error.”

Laboratory freezers are significant investments by themselves, but the samples they store are often irreplaceable. Regular care is not difficult or expensive, and may save thousands in service and parts–not to mention months or years of work.

Buckner Richerson, VP of international sales at NuAire (Plymouth, MN), suggests positioning freezers away from walls “to allow the units to breathe.” Poor heat dissipation is the leading cause of component failure leading to downtime and high repair bills.

A related precaution is maintaining ambient temperature. “This is not usually an issue in Western countries, but can be in tropical locations,” Richerson tells Lab Manager. A robust air-cooled condenser operates up to about 32°C. Above that temperature, units lose their ability to maintain set point temperature. “Compressors begin to run hot, which shortens service life.”

Low voltage is the enemy of all compressors. Power lines of 230V, 50Hz, are standard in most of the world, but not every country can deliver those values reliably. Voltage dropping to 170V would overwork the compressor that is trying to maintain target temperature on voltage that is out of specification. Again, the result is overheating and shortened life. Richerson advises labs with voltage issues to purchase a freezer with a factoryinstalled voltage booster that will compensate for falling or fluctuating voltages. 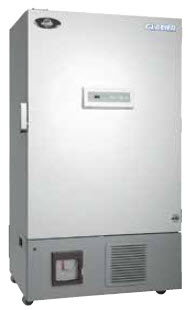 Ultralow-Temperature Freezer / Glacier NU-9668 / NuAire www.nuaire.com Compressor repairs or exchanges can run upwards of $5,000, which is why Richerson suggests, “If your compressor goes, it’s often wise simply to buy a new freezer.”

Routine removal of snow from around the top inner door is an absolute must. Once it turns to ice, it will be more difficult to remove without disturbing samples and will eventually interfere with door closure. “This will in turn cause more ice to form. It can turn into a mess really quickly, and could even ruin your gasketing,” Richerson says.

Labs that do everything right can still lose precious samples through repeated openings and closings of freezer doors, or simply being unable to locate a specific sample among hundreds of others. These labs should consider an automated system, says James Craven, Sample Management, TTP Labtech (Cambridge, MA). “Our approach is to automate the process and remove continuous access to a freezer by multiple users. Unlike manual freezers, automated systems create a secure environment that is not impeded by human error and provide complete confidence in the integrity and traceability of every sample.”

Alex Esmon, PhD, product manager for liquid nitrogen cryopreservation at Thermo Fisher Scientific (Asheville, NC), believes that proper sample preparation is “of paramount importance” for samples going into long-term cold storage. Unless lab workers take care, samples become infiltrated with ice crystals, which can destroy tissue structure as well as cells. “Improper prep can be disastrous. When you remove that sample down the road, it will not be viable or perform as expected,” Esmon says. “It comes down to the physics and thermodynamics of freezing.” 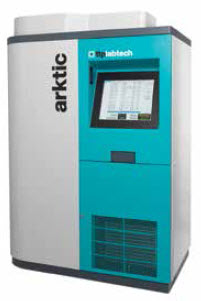 Automated Storage Modules comPOUND® and arktic™ / TTP Labtech www.ttplabtech.com Cooling living cells slows down their biological and chemical activities, which cease around the glass transition temperature of water. But reaching that point is not as simple as submerging a bag of suspended cells in a bottle of liquid nitrogen. That would not work for delicate animal cells, particularly stem cells or bone marrow cells targeted for therapeutic purposes. Even bacteria, which over billions of years have evolved to withstand sharp drops in temperature, will lose viability.

Esmon advises against trying to “wing it” when encountering a new cell/freeze combination. “A large body of literature exists on cryopreservation, on cooling rates for specific sample types.” If a protocol doesn’t exist–which is unlikely–a suitable protocol can be reached through an optimization process that tests various cooling conditions.

Cooling rate is the most important factor, but not the only one to consider. Ice crystals form when the latent heat of fusion–the heat a sample gives up during the phase transition–reabsorbs into the sample. “If you can mitigate that heat release, samples have a much better probability of surviving,” Esmon notes. Labs typically achieve this through a controlled-rate freezer. These sample prep devices–they are not for storage– allow user-specified cooling rates and are capable of soaking up phase transition enthalpy. After samples reach target temperatures, users remove them to long-term storage freezers.

Formulas for differentiating controlled cooling of plant seeds from cells, for example, or even related sample types, are rather unreliable. Optimized cooling depends on the sample’s cellular properties, tissue thickness, and the presence or absence of naturally occurring chemicals that assist or inhibit proper cooling. Esmon provides the example of a skin sample for pathology and skin cryopreserved for grafting onto patients. 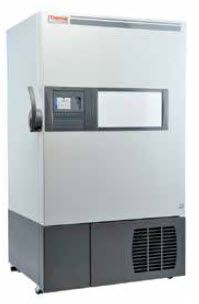 Transfer Hoses Techflex / Technifab www.transferhoses.com Managers considering a new cold storage system must assess needs and plan. “Think about quality, money, and time,” Craven advises. “Studies are only as good as sample quality.” According to a recent National Cancer Institute study, nearly 15 percent of lab workers report “often” or “usually” not using samples due to quality issues. “Automation can eliminate many of the unknowns and provide confidence in study results. Labs will save time through automating sample storage and retrieval as well as in data management.” 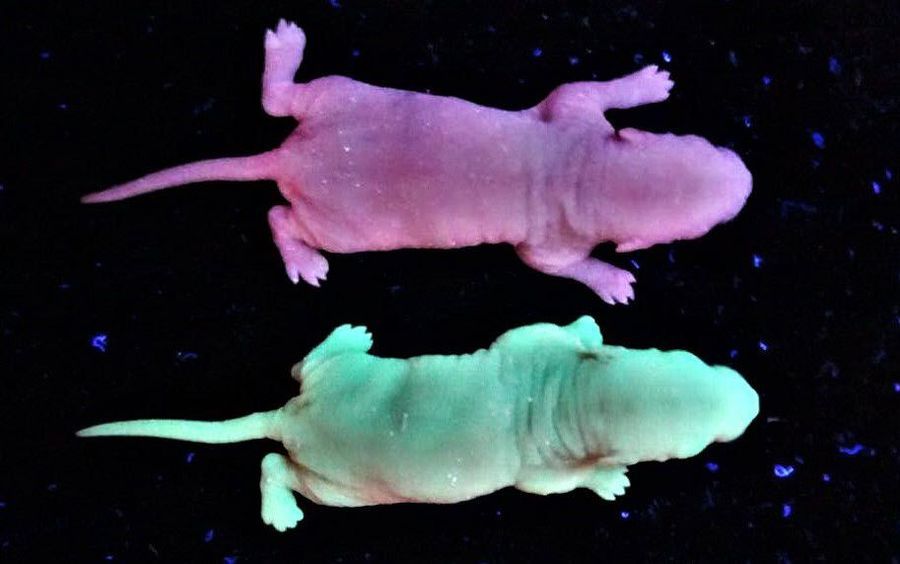 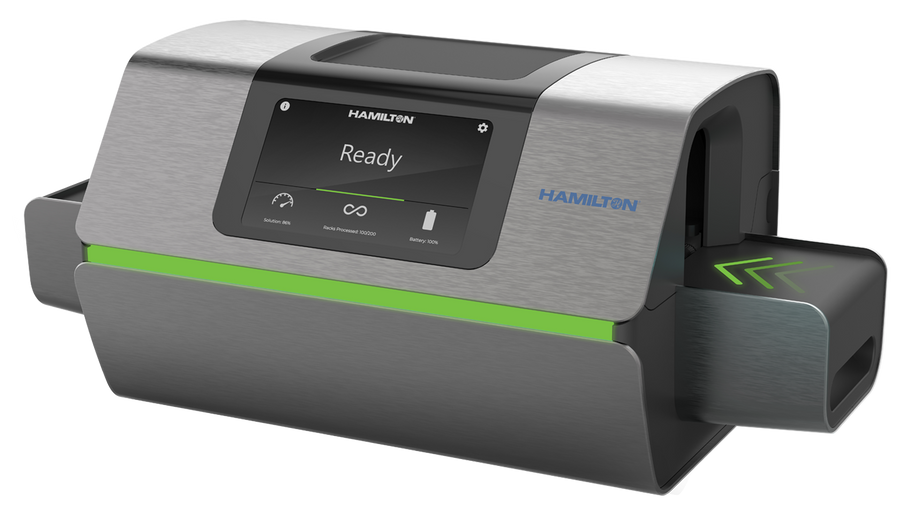 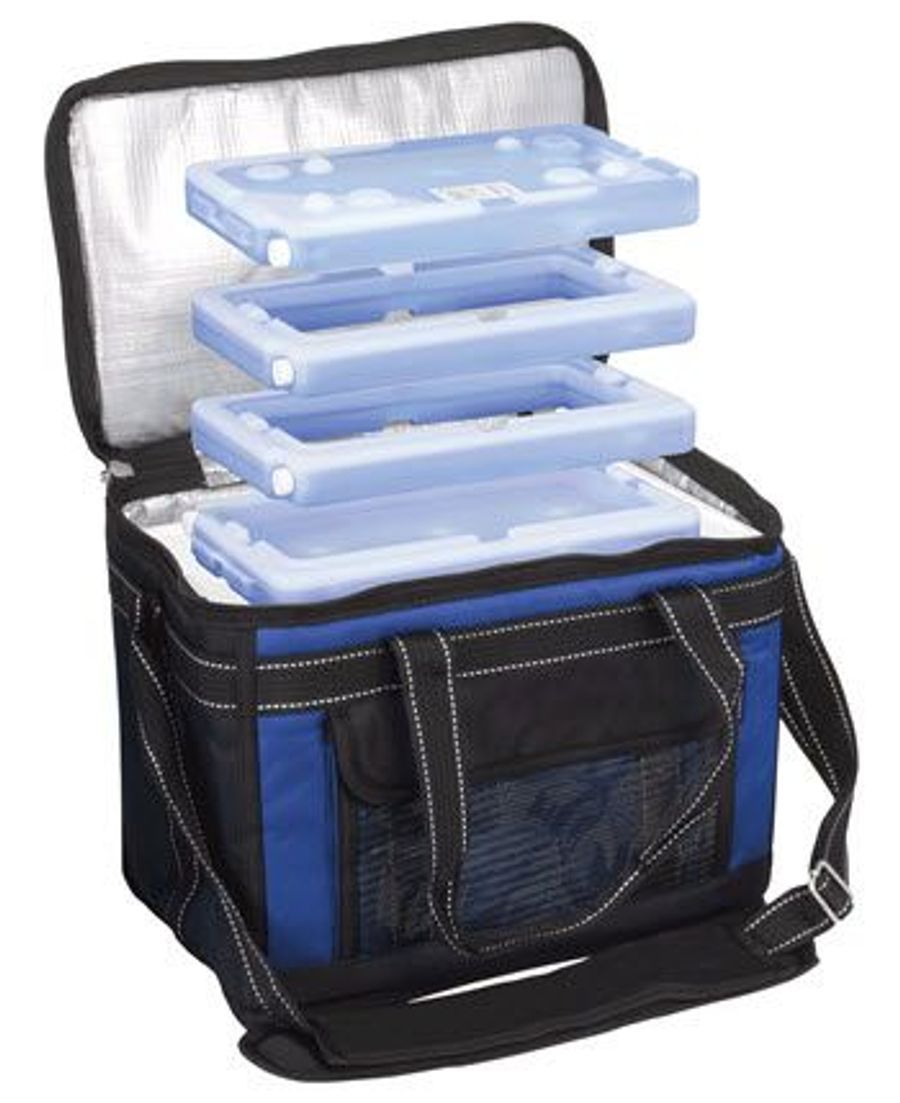