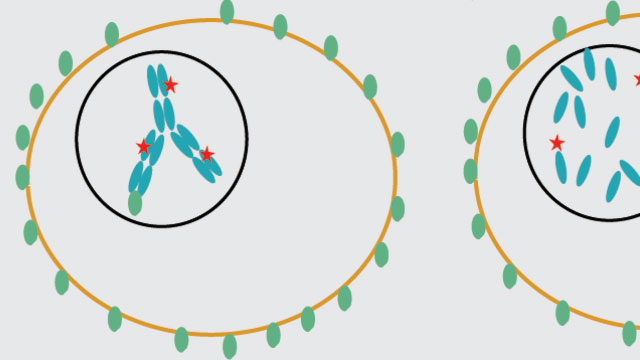 In the past few years, some of the most promising and targeted new treatments come from antibody-drug conjugates (ADCs), in which an antibody delivers the drug to specific cancerous cells. Like all medications, though, ADCs have their pros and cons, but this arsenal of cancer treatments keeps expanding.

Nonetheless, ADCs got off to a rocky start as a cancer treatment. In 2001, the US Food and Drug Administration (FDA) approved the first ADC—gemtuzumab ozogamicin, which treated acute myelogenous leukemia— but it was withdrawn from the market in 2010, after a clinical trial showed no improved results in comparison with other treatments. In fact, the trial indicated that more patients on this treatment died. One year later, in 2011, the FDA approved brentuximab vedotin, which treats some forms of lymphoma. Then, in 2013, the FDA approved ado-trastuzumab emtansine for treatment of HER2-positive metastatic breast cancer.

Many more ADCs will probably be approved in the future. As of January 6, 2015, a search of antibody-drug conjugates on ClinicalTrials.gov revealed 222 current trials. To get more of these cancer treatments on the market, though, researchers need to overcome some challenges. Fortunately, new instruments surmount some of the obstacles, and technologies under development promise even more help ahead.

Maybe making an ADC sounds simple enough, but in fact, it’s not simple at all. As Bijal D. Shah, director of translational research initiatives in lymphoma and acute lymphoblastic leukemia at the Moffitt Cancer Center in Tampa, Florida, explains: “ADCs require internalization of antibody-antigen for the drug to kill tumor cells.” He adds, “The internalization can vary dramatically depending on the antigen, as well as other treatments that may be given concurrently.”

To know how an ADC might work, researchers must characterize many of its properties, including the drug-antibody ratio (DAR). Nonetheless, Daniel Some, principal scientist at the Wyatt Technology Corporation in Santa Barbara, California, says that it’s difficult to measure the DAR, “which is a critical property that impacts efficacy and dosage.”

To measure DAR, scientists can take several approaches, including mass spectrometry and differential UV spectrometry. But, says Some, “Specific ADCs may not be amenable to these analyses because of heterogeneity or lack of a suitable spectral response.” When that’s the case, a scientist can add a refractive index (RI) detector with a high-performance liquid chromatography (HPLC) system’s UV detector, and combine that with size-exclusion chromatography (SEC) and multi-angle light scattering (MALS). Some says, “SEC-MALS-UVRI analysis can determine the DAR of ADCs that are otherwise difficult to analyze.”

Also, just because an ADC starts as one thing, it doesn’t necessarily stay that way. “The binding of drug to antibody is not perfect,” says Shah, “and its release into general circulation can come with unwanted side effects.” If the cancer drug gets separated from the antibody, the treatment turns into traditional chemotherapy—killing any fast-dividing cells that it encounters, healthy or not.

In addition to coming apart, ADCs suffer from too much getting together, or aggregating. In fact, many ADCs aggregate more than the unconjugated antibody. Some says, “Since aggregation is an important obstacle to product development, technologies for screening and characterizing aggregates are central to working with ADCs.”

To measure the aggregation of ADCs, scientists can use high-throughput dynamic light scattering (HT-DLS). “This is a critical technology used to screen ADC formulations rapidly for aggregation and propensity for aggregation,” says Some.

This technology requires only microliters per sample, and measures the aggregation in a few seconds. For example, Wyatt Technology makes the DynaPro® Plate Reader II, which accommodates a 96- or 384-well plate reader format. “With this platform,” says Some, “dozens or even hundreds of ADC candidates, excipients, and buffers may be tested simultaneously to determine the aggregation onset temperature (Tonset), the colloidal interaction parameter (kD), and the aggregate size distribution from nanometers up to a micrometer in radius.” The results help researchers select the best ADCs to move forward with and conditions to use during development.

To characterize the aggregates, scientists often use SEC, but this produces inaccurate results with hydrophobic ADCs, which many are. Instead, Some recommends MALS. He says, “A MALS detector, such as a DAWN® HELEOS® II from Wyatt Technology, may be added downstream of any SEC separation in order to obtain correct ADC characterization via SEC-MALS.”

While some scientists continue to analyze ADCs with HPLC, as mentioned above for measuring the DAR, many are turning to ultra-HPLC (UHPLC) for higher throughput, smaller required sample sizes, and reduced buffer usage. UHPLC also provides higher spectral resolution than HPLC. Adding light-scattering detection to UHPLC improves a scientist’s ability to analyze aggregation in ADCs, and tools exist to do this. As Some says, “Last year, Wyatt Technology launched the μDAWN, the first MALS detector for UHPLC, which will bring the benefits of SEC-MALS to adopters of UHPLC.”

To decipher the features that improve and detract from ADCs’ therapeutic potential, researchers need this growing collection of analytical tools. These devices will accelerate research and also improve analysis of safety and efficacy in clinical trials.

Fighting to the front lines

Like most new forms of therapy, ADCs approved so far can be prescribed only after a patient’s cancer fails to respond to traditional treatments or if the patient relapses. Nonetheless, Shah notes that his work on brentuximab reveals that this treatment could be used as a frontline approach to fighting Hodgkin lymphoma and anaplastic large cell lymphoma. He says, “We have very encouraging early data.”

In addition, Shah and his colleagues are working on SGN19A—an ADC that targets B-lymphocyte antigen CD19—as a treatment for aggressive B-cell non-Hodgkin lymphomas and acute lymphomblastic leukemia. Shah says, “This agent is similarly demonstrating encouraging early results, with a safety profile that may allow for combinatorial strategies, as well as extended use in maintenance.”

To push ahead the potential of ADCs in general, scientists need a better understanding of how the treatments get inside the targeted cells. As Shah says, “In general, understanding how to accelerate antibody-antigen internalization is likely to facilitate an improvement in efficacy at lower doses, with concomitant reduction in any toxicity that might emerge from the liberation of the free drug.”

While many equipment and pharmaceutical companies, plus private research institutes, explore applications of ADCs, many academic labs also work on these structures. For example, Katie Maass—a doctoral student in K. Dane Wittrup’s lab at the Koch Institute for Integrative Cancer Research at MIT—studies intracellular processing and trafficking of ADCs. She says, “ADCs are an exciting new field for cancer treatment, with much promise but also many unanswered questions.”

Shah mentioned above the trouble of predicting the cellular internalization of a particular ADC, and Maass hopes to develop, as she says, “a general kinetic model for how ADCs get processed by cells and how various properties of an ADC affect its intracellular processing.” She believes that past research might have focused on the wrong steps, such as binding and internalization. Instead, she thinks the key might lie in degradation of the ADC and its being kicked out of the cells.

Mapping this process will require examining the complex collection of parts within an ADC. Maass says, “Figuring out what is the optimum design is not straightforward.” The problem goes beyond that; it’s not just how an ADC starts but what it becomes in the body. To find out, says Maass, you need to keep track of all of the possible degradation products and then understand what effects each degradation product causes. She says, “This is definitely tricky, especially when using patient samples.”

Despite all of those obstacles, some aspects of ADC work are getting easier, but only to a certain extent. Seattle Genetics in Bothell, Washington, and ImmunoGen in Waltham, Massachusetts, license ADC technology to companies that have antibodies they would like to use as ADCs. Although Maass notes that this has increased the number of ADCs in development currently, she says, “conjugation is still often not as straightforward as it seems like it would be.”

Maass’s work, though, could make it easier and more efficient to predict what sort of ADC would work in a particular treatment. Her model could also help researchers tweak existing ADCs to improve safety or efficacy.

A variety of pharmaceutical companies license ImmunoGen’s ADC technology. According to an ImmunoGen spokesperson, the partners include Amgen, Bayer, Biotest, Eli Lilly, Novartis, Roche/Genentech, and Sanofi.

Other companies also team up to improve the odds of moving ahead with ADCs. In 2012, Celgene in Summit, New Jersey, and Sutro Biopharma in South San Francisco, California, arranged a collaboration to develop ADC-based treatments. Both companies possess useful capabilities in this area. Sutro, for instance, developed a technique that can attach more than one cytotoxin to one antibody. In addition, Celgene specializes in—among other things—cancer treatments. The relationship continues as the companies work toward powerful cancer-fighting tools.

Beyond licensing its technology, ImmunoGen also develops its own cancer treatments. For example, its IMGN853 is an ADC that is a potential treatment for cancers that express folate receptor alpha (FRα), and many ovarian and endometrial cancers do. The linker in IMGN853 keeps the cytotoxic element stably attached to the antibody while the compound is in the bloodstream, but also—once at the tumor site—helps counteract the multidrug resistance that can make previously treated tumors more difficult to kill. For now, ImmunoGen has this ADC in early-stage clinical testing. It is being assessed specifically for the treatment of FRα-positive platinum-resistant ovarian cancer and relapsed/ refractory endometrial cancer.

Despite the availability of new ways to develop and analyze ADCs, the ongoing clinical trials, and the promise of safer and more effective treatments for cancer, the fact that only two are FDA-approved reveals some of the difficulty of working with these structures. As some experts revealed here, it’s not as simple as popping a chemotherapeutic onto an antibody and saving someone’s life. The connection takes bioengineering skill and experience. Building an ADC structure that gets through the body intact, reaches the intended cellular site, and gets inside the cells takes a wide range of knowledge and biomanufacturing skills. Subsequently, the ADC, like any other new treatment, must go through clinical trials; there is no magic that moves a new ADC to patients. It’s still hard work that is both time-consuming and expensive, but with cancer continuing to afflict more people around the world, every tactic must be tried to fight off this deadly family of diseases.

A drug (red) is linked to an antibody (blue) in a so-called antibody-drug conjugate (ADC) that binds to antigens (green) on a tumor cell. When a treatment works, the ADC goes into the tumor, where the drug gets released and attacks a target that kills the cancer cell.Image courtesy of Katie Maass