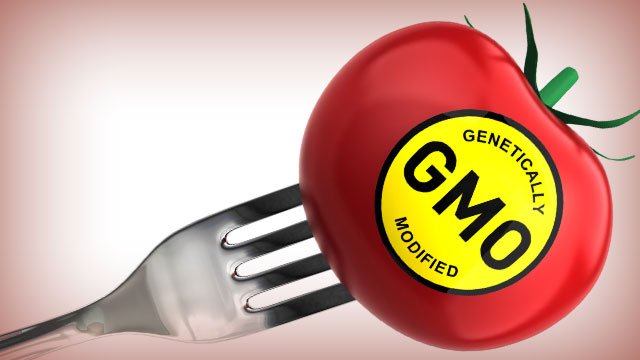 Those in favor and those against all need sophisticated technology

So there’s nothing new about transferring genes, even from one species to another, but genetic engineering does so in a different way. So-called genetically modified organisms (GMOs) arise—according to “The Potential Impacts of Mandatory Labeling for Genetically Engineered Food in the United States” from the Council for Agricultural Science and Technology (CAST) in 2014—from “the manipulation of an organism’s genes by introducing, eliminating, or rearranging specific genes using the methods of modern molecular biology, particularly those techniques referred to as recombinant deoxyribonucleic acid (rDNA) techniques.”

A recent visit to the International Service for the Acquisition of Agri-Biotech Applications (ISAAA) website revealed 186 “approved events”—the industry terminology for a genetic modification—in the United States. The ISAAA’s website also points out the growth in using GMO crops: “In 2014, the global area of biotech crops continued to increase for the 19th year at a sustained growth rate of 3% to 4% or 6.3 million hectares … reaching 181.5 million hectares.” Also, this technology is not new. The Flavr Savr tomato was the first GMO food on the U.S. market, and that was in 1994.

Nonetheless, these figures should not be confused with a global acceptance of GMO technology. For example, a number of countries require GMO labeling on food, and many U.S. states are considering such measures. These and other applications drive the need for GMO detection.

According to Yalei Wu, a staff scientist in molecular biology for Thermo Fisher Scientific, “For countries or regions that require GM food and feed labeling, such as the European Union and China, qualitative and quantitative measurement for GMO testing is very important.” Wu adds that GMO testing may take place when foods are quarantined before export or after import. “Often crops will be checked for the presence or absence and percentage information for multiple GMO traits,” Wu says. “This is usually done by both the origin and the arrival country.” The specific GMO traits tested, though, depend on the importing country or region.

Pros and Cons of Testing

The topic of GMOs attracts a wide range of opinions. For example, when asked about the pros and cons of GMO detection, geneticist Alison Van Eenennaam at the University of California, Davis, says, “Given that every major scientific society in the world, including the World Health Organization and the U.S. National Academy of Science, concurs that there are no unique food safety risks associated with the use of genetic engineering techniques, and all of the commercialized GMO crops have been reviewed by global food regulatory agencies for safety, I’m not sure I can come up with any pros.” For cons, she notes most importantly cost and the question over what to test, such as DNA or protein, as well as how often and at what level. She adds, “What about food ingredients like sugar derived from GMO sugar beets? Sugar contains no DNA nor protein, so it is literally indistinguishable from sugar from non-GMO sugar beets or sugarcane.”

Conversely, when Lab Manager asked developmental biologist Bruce Blumberg at the University of California, Irvine, about the value of GMO detection, he responded, “It enables people to make their own choices about whether to consume GMO foods or not.” He added, “The government has shirked its responsibility in testing GMOs for safety. Instead of [the government] testing GMO safety directly, this responsibility has been delegated to the companies that make the products and profit from their sales.”

Making things even murkier, the lines between natural breeding and genetic modification get blurry pretty fast. For instance, Gill notes that traditional hybridization techniques can be used that transfer an entire rye chromosome or even genome to wheat, and this is still considered natural, not GMO. Gill improved on the specificity of this technique when he cloned a wheat gene, Ph1, that can be turned off, which allows just one or two genes to be transferred. Yet this is not called GMO.

If you want to detect GMOs, how do you do it? Blumberg says, “Quantitative PCR detection of the transgenes is probably the best way to determine whether they are present or not.” But he adds, “Personally, I think that it is even more important to see GMO products tested for the presence of pesticides and herbicides that most GMOs are engineered to be resistant to.”

Like the question of testing at all, a discussion of how to do it produces different answers. When Lab Manager asked scientists at the European Commission’s Joint Research Centre (JRC) in Ispra, Italy, if any new technologies make GMO detection easier, they said, “Too early to answer, but NGS—next generation sequencing—has the potential, once it is cheap enough, as well as droplet digital PCR or digital PCR as such.” They add, “We believe digital PCR will be used in the near future in the control laboratories.”

Testing accurately for GMOs requires a database for comparison. For that, JRC scientists developed GMO-methods, which is a database of reference methods that can be used by control laboratories. As the JRC scientists say, the control laboratories can use these methods “as such or for comparing their own methods with the reference method, demonstrating that they perform equally.” They add, “This helps to ensure that throughout the EU all official GMO tests are comparable.”

EnviroLogix also makes a novel molecular-based platform called DNAble that doesn’t require the thermocycling of PCR. With this, says Donovan, “GMO gene-specific amplification can be detected from a bulk grain soy sample in less than 15 minutes.” EnviroLogix also developed an immunoassay approach to GMO detection called QuickScan. Donovan says that this technology “uses antibodies to detect proteins expressed by the GMO trait.” He adds, “Grain companies can quantify exactly how contaminated grain is. If contamination is present, it can be segregated for a different, GMO-acceptable application.”

The variety of GMO possibilities alludes to the range of detection challenges. For instance, Donovan says, “Obtaining a representative sample is one of the most important factors when evaluating a product for GMO contamination.” He adds, “It can be challenging, depending on the application, to collect a statistically representative sample.” That probably means collecting multiple samples and mixing them before testing.

The main challenge when using the JRC methods of GMO detection is extracting enough quality DNA from food or feed samples. The JRC scientists add, “Routine measurements at the level of the legal limits continue to be a challenge for the measurement systems—including combination of methods, calibration tools, and quality assurance measures—used in the laboratories.”

The growing list of GMOs also adds complexity to detection. As the JRC scientists say, “This requires the control laboratories to test for many more candidate targets and hence the cost becomes a limiting factor.” They add, “Higher throughput approaches are therefore needed.”

The source of the detection method also comes into play. According to Wu, “Most of the molecular assays for GMO testing are developed by various groups or academic labs and often are optimized for best performances under different thermal reaction conditions and different chemistry recommendations.” Wu continues, “This presents a challenge when identifying multiple GMO events is needed, either by running on multiple instruments or sequentially when limited by the instrument.” This can slow down the results or require more testing equipment.

The situation gets even more complicated when quantitative results are needed. Then a technique like quantitative PCR must be used. As Wu says, “To provide an accurate measurement, qPCR requires a standard curve with certified reference material with known quantity of GMO, such as from the EC’s Joint Research Centre.” Wu adds, “If more than a couple of traits need to be quantified, the complexity of the experiment and maintenance of multiple standards will add up very quickly.”

Beyond the range of GMOs themselves, other detection questions arise. One question is: Exactly what should be tested? As Van Eenennaam at the University of California, Davis, points out, it remains unclear in some circumstances how far the testing should go. She asks, “What about milk, meat, and eggs from animals that have eaten GMO feed? What about restaurant meals? What is covered? What is not? How will the testing be monitored, and who pays?”

The complexity of GMOs and the possible extent of using them, or using things made by organisms that include them, increases the cost. The expanse of current GMOs and the expanding list will add to the cost and time. That also leads to the need for more extensive testing, probably using more equipment and often looking for trace amounts of multiple GMOs.

On top of that, scientists and regulators need standards for frequency. Van Eenennaam asks, “How often do we need to retest to ensure staying below a threshold?” She wonders if this means testing, for instance, every batch of cookies manufactured. If it’s not necessary to test every single thing, which would quickly become far too expensive, how often should testing take place?

As the amount of land planted with GMOs increases in many countries, the challenge will grow. Likewise, if some countries or regions, such as the EU, develop more complex standards, the detection technology must get faster and more efficient. In addition, this technology must evolve with the field—finding ways to keep up with the growing list of GMOs and where they appear. Whether someone agrees with the use of GMOs or not, this issue is not going away soon. Consequently, scientists, regulators, and governing bodies need to work together around the world to continually address this issue. The nutrition of people—many of them in dire need of more food—lies in the balance.