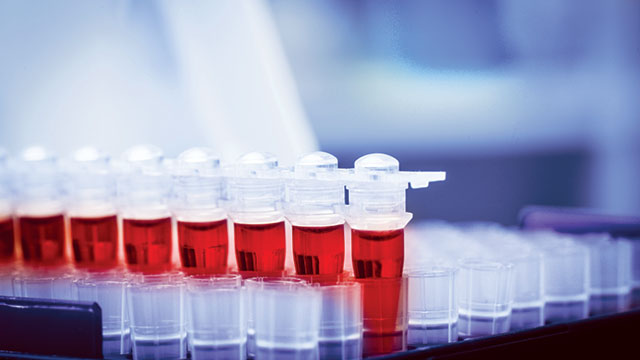 Throw in athletes’ salaries and endorsement fees and the huge economic activity generated by sports (e.g., hot dogs, beverages, advertising) and these figures perhaps double. But they are positively dwarfed by sports betting—which has been estimated at close to $1 trillion annually worldwide.

Yet with so much money afloat, athletes do whatever they can to gain a performance edge. Two responses from a 1997 Sports Illustrated poll of elite Olympic athletes are illustrative. When asked whether they would take performance-enhancing substances if they were certain not to be caught, 98 percent of responders answered in the affirmative. When asked if they could take performance-enhancing substances and thereby win all competitions for five years and then die, an astounding 50 percent answered yes.

The drug scandal that rocked Major League Baseball in the US several years ago personalized the issue of sports doping for millions of Americans. Yet we sometimes fail to recognize that this is in fact a global problem. Because of its contract with the players’ union, MLB releases only vague information on players and “performance-enhancing substances.” By contrast, the World Anti-Doping Agency issues a press release with specifics whenever an athlete is found to be in violation.

The sheer number of banned substances boggles the mind, in both human and animal sports. Essentially anything that is not explicitly permitted, whether it actually exists or not, is forbidden. “The list grows, it never shortens. Every time a new compound comes across the radar screen, it is added to the list and becomes another piece of data to manage,” says Scott Stanley, PhD, professor of equine analytical chemistry at the University of California Davis School of Veterinary Medicine. “Processing that data quickly and efficiently, eliminating negative results, ferreting out positive or suspicious findings, and presenting that information to someone who can make a decision on it are the most significant bottlenecks.”

Software that helps with data storage, retrieval, and interpretation is therefore just as “critical” as software to guide analytical method development, he adds.

Selectivity and sensitivity have obvious benefits for discriminating laundry lists of analytes from complex samples. Evolving analysis standards and the realities of dealing with complex sample matrices are not unique to sports doping. Instrument makers have responded with higher-performing analysis platforms that serve doping and related markets in pharmaceuticals, toxicology, and forensics.

Yet each week, each month, each year come new, more complex challenges.

“Years ago I thought we’d attained enough sensitivity with the instruments of the time. That was a very naïve position,” Stanley admits. “Our customers keep asking for faster turnaround and greater sensitivity, so run times have to be short.” Laboratories must also learn to live with smaller sample sizes and emerging matrices. For example, equine doping analysis traditionally focused on urine, but the desire for a fuller picture created an incentive to consider blood. The drawback with bodily fluids is that fast-acting performance-enhancing compounds may still work after the parent compounds and metabolites are gone. Hence the interest in hair analysis, which is even more challenging than blood but retains traces of banned substances much longer.

“We need instruments with the capacity for a large number of samples that can cycle samples quickly, with very little downtime or re-equilibration time, and the ability to evaluate the data in a high-throughput manner,” Stanley tells Lab Manager.

The conundrum of what to test

Synthetic substances that are chemically identical to their natural counterparts are well characterized analytically, easy to grasp, and amenable to numerous analytical methods. But testing for them only makes sense for the duration of their persistence at above-normal concentrations. The same is true for exogenous substances—common drugs like stimulants and non-natural anabolic steroids.

Exogenous substances that persist in the body are similarly detectable provided they are known and not new molecules (“designer drugs”). For example, among the testosterone analogs the so-called suspension preparation is detectable for less than three days, but the oxandrolone analog persists for three weeks and nandrolone decanoate remains detectable for a year and a half.

Biotech drugs present a new set of problems. The red blood cell-boosting medicine erythropoietin has a half-life of up to 13 hours, but the erythrocytes whose creation it stimulates last for up to six months. Governing authorities therefore ban athletes based on their red cell count alone. Increasingly, however, proteins and peptides whose stimulatory effects are more subtle are expected to enter sports. These compounds, particularly those of low molecular weight, may well be impossible to detect within the logistics of sports activity.

“Authorities try to counteract the use of short-lived substances through indirect measures, by focusing on biomarkers that may be up- or down-regulated upon administration, and that persist longer than the actual drug,” explains Daniel Eichner, PhD, executive director of the Sports Medicine Research and Testing Laboratory (Salt Lake City, UT).

Unlike in civil law, which requires actual legislation before prohibiting a substance, major world anti-doping agencies automatically ban designer drugs with activity similar to specifically banned substances. This puts pressure on testing labs to stay one step ahead. “We scour the medical and scientific literature to figure out the next drug or method used in cheating,” Eichner says. “We need to have something already in place when these substances show up.”

A relatively recent change to anti-doping codes was the directive to test athletes for up to eight years after a competition. This challenges laboratories to store not just data for that time period, but samples as well. Labs must also develop and maintain methods for retesting samples that have been held in long-term storage, says Bernhard Wüst, global marketing manager of sports-doping/sports medicine at Agilent Technologies (Santa Clara, CA).

Wüst cites the 2003 tetrahydrogestrinone (THG) incident in 2003, in which an anonymous informant sent a syringe containing the substance to an accredited testing lab in Los Angeles. THG is a designer steroid with pharmacology related to those of banned anabolic steroids, but with a unique chemical structure that was unknown to anti-doping methods. “Many samples were reanalyzed in the wake of the THG scandal,” Wüst says.

Maintaining data that labs can reexamine upon the emergence of designer drugs means that in addition to analyzing samples for specific banned compounds, labs must employ an untargeted analysis step using a scanning- type instrument (e.g., time-of-flight or Orbitrap mass spectrometry) that determines everything within a sample. “The advantage, though, is you can examine that data later on, and screen for compounds you had not originally thought of,” says Wüst.

The drawback is data files become large and their formats perhaps obsolete. Yet they must be readable by current data management systems. “Think of finding an old eighttrack tape in your basement and trying to find something to play it with,” Wüst observes. Agilent and other leading instrument manufacturers assure users that their data systems can read previous versions of data files.

The validity of samples held in storage for up to seven years has been the subject of debate. Nevertheless, cold storage technology is generally trusted for even longer periods. In the April 2014 issue of British Journal of Sports Medicine, a consensus recommendation by world anti-doping agencies called for storing samples for up to ten years.

“Looking into the data file retrospectively and finding a peak or substance from a sample stored for many years is just the first step in the process,” Wüst cautions. The entire analysis chain, from sample preparation to the actual method, must be validated by an accredited lab. Methods should encompass metabolites as well as parent compounds.

Even dogs and horses cheat

“There are several major differences between the use of drugs in animal and human sports, but undoubtedly the biggest is that equine and canine competitors are unwilling drug takers,” observes Paul Wynne, PhD, mass spectrometry business manager at Shimadzu Australasia (Rowville, Victoria, Australia).

While certain medications are permitted for limited use or in particular jurisdictions, much of the animal racing sport practices zero tolerance of drug use. As with human testing, equine and canine sports anti-doping laboratories face an increasing list of target compounds as new medications and illicit substances enter the market.

Beyond today’s paradigm of small molecule drug screening looms an era that will increasingly emphasize protein-derived indicators—metabolomics markers—that confirm that substance abuse has occurred in the past, with testing done perhaps weeks or months after the drug of interest and its metabolites have disappeared.

The legal and regulatory basis for drug testing in sports demands methods that are highly specific or characteristic of the target substance. For this reason it is unusual for testing not to involve mass spectrometry for all but inorganic species.

The move from GC has also been driven by workflow considerations, for example, eliminating the need for making chemical derivatives of polar compounds. “While LC inlet is easier for many compounds, we have lost the exquisite peak capacity of capillary GC and the utility of decades’ worth of searchable library spectra,” Wynne says.

As with environmental chemistry, GC-MS and GCMS/ MS remain highly reliable for structurally related nonpolar compounds such as the anabolic steroids. But the need to detect oily anabolic steroid esters that are too large for GC has driven ultra-high-sensitivity LCMS/ MS for steroids in blood plasma.

Wynne notes the recent trend toward dual-polarity, multi-analyte screens that cover structurally diverse analytes. “Such methods target many analytes with great structural diversity, and for which LC introduction provides a facile solution to the derivatization problem,” he adds. “These methods are ideal for very fast triple quadrupole methods that cater to wide concentration ranges for individual analytes, but with the sensitivity required by volume-limited samples.”

Most sports doping laboratories have not yet exploited productivity and detectability benefits of UHPLC, Wynne says, as only a few instruments offer the benefits of high scanning speed, sensitivity, and polarity switching in a single platform. “For sports drug testing, the new horizon is the point at which the mass spectrometer keeps pace with UHPLC. Here, the analyst can begin to think about detection of sub-femtogram analytes, well-defined peaks less than three seconds in width, and triggered full-scan data without compromising sensitivity and diverse chemistries in run times of less than five minutes.”

Sports doping analysis is equal parts forensics, biochemistry, medical diagnostics, and basic research. While LCbased methods have become the cornerstone of doping analysis, comprehensive labs also employ gas chromatography, clinical analyzers, blood analyzers, immunoassays, and gel electrophoresis, depending on the substances they are looking for. “If you saw what is involved in some of these testing programs, how much money people are shelling out to guarantee their programs are clean, you’d be blown away,” says Eichner. “Given the large panel of analytes, you have to use more than one method. You can’t just put the sample in and push a button, something turns blue, and you get a result.”