In the 1970s in the United States, the Environmental Protection Agency started to ban the use of lead—specifically tetraethyl lead—in gasoline because of health risks, but aftereffects linger decades later. Although this additive made engines run more smoothly, its health dangers were documented as early as 1924. Lead, a potent neurotoxin, makes up just one example of how even trace amounts of metals can spawn environmental consequences that hurt humans and animals. “Some of the challenges of environmental analysis are detection of low concentrations of trace elements, especially for matrices such as seawater or soil and sediment digestions; controlling laboratory blanks, especially for mercury analysis; and getting good recovery of trace elements from soils and sediments using acid digestions,” says Brian Jackson, director of the Trace Element Analysis Lab at Dartmouth College in Hanover, New Hampshire. Like many other experts in this field, Jackson and his colleagues rely largely on inductively coupled plasma-mass spectrometry (ICP-MS). In most cases, says Jackson, “ICP-MS gives the lowest detection limits with relative freedom from interferences through the use of collision and reaction cell ICP-MS instruments.”

For example, Jackson’s team recently analyzed trace-element concentrations in the feathers of songbirds in Pennsylvania to assess contamination from fracking. “The study authors found higher levels of strontium and barium in [the] feathers of birds from high fracking areas,” Jackson says. “Feathers are challenging analytically because first it is necessary to clean the samples with surfactant and deionized water rinses, which is time-consuming and involves a lot of sample handling. Second, there is not a lot of biomass, so we used a scaled-down digestion with reduced volume of acid addition and final dilution volume.” Moreover, the analyte levels were low parts per billion or even less. So, Jackson says, “we optimized the analysis to focus on this concentration range.”

Beyond bird feathers, scientists use ICP-MS in many other environmental applications. Drinking water, rainwater, and even air can be analyzed for metal concentrations with ICP-MS. It can also be applied to more complex samples, including wastewater, sewage sludge, trade effluents, landfill leachates, soil and sediment digests, and biota. That variety of sample types reveals part of the challenge of analyzing environmental samples. As William Lipps, environmental/mining marketing manager at Shimadzu Scientific Instruments (Columbia, MD) says, “Environmental samples have highly variable matrices ranging from parts per million levels to parts per trillion (ppt) levels of analytes potentially in the presence of other components.” He adds, “The various matrices of a sample can present different challenges depending on the element and the components of the matrix.”

To get the most from this technology, scientists need ongoing improvements in the commercially available ICP-MS platforms. That allows even nonexperts access to this powerful tool.

Various forms of quadrupole MS can reveal traces of metals in environmental samples, but this sample-technology combination poses some challenges. “The technique does suffer from some well-documented spectral and non-spectral interferences,” says Craig Marvin, global environmental industry manager for Agilent Technologies (Santa Clara, CA). This comes from several main sources. One, says Marvin, is “direct overlap from a different element with an isotope at the same nominal mass—known as an isobaric interference, such as 114Sn overlap on 114Cd.” Another is “overlap from a polyatomic ion formed from the combination of species derived from the plasma gas, sample solvent, and/or sample matrix—for example, 40Ca16O overlap on 56Fe.”

To get accurate results, scientists need to correct the effects of interference. As Lipps says, “This requires a higher level of experience in the user compared with atomic absorption.” He adds, “As samples and matrices change, new corrections and adjustments to the method must be performed.” In many cases, mathematical corrections resolve the interference problems, as long as the interference doesn’t contribute too much to the MS peak of the analyte.

Technology also helps. “Most labs are switching to collision/reaction cell (CRC) instruments, as they are much simpler to use, provide unequivocal results, can be applied to unrelated interferences on multiple analytes, and provide better accuracy over a wide range of complex matrices,” Marvin explains. For example, the Agilent 8800 Triple Quadrupole ICP-MS is a CRC instrument. Marvin says, “The Agilent 8800 controls the ions that enter the collision/reaction cell, providing consistent and predictable reaction conditions—even if the sample composition changes.” He adds, “This enables reliable trace analysis for applications such as the low-level measurement of selenium and arsenic in soil, rock, and plant materials, where interferences often occur.”

Being careful when using ICP-MS also improves the results. The high sensitivity of ICP-MS adds other challenges to getting accurate outcomes, and pushing this technology’s limits increases those challenges. “Contamination becomes more problematic the lower you want to measure, and this problem includes reagent water, labware, and reagents used to prepare the samples,” Lipps explains. “There may be a need for a cleanroom, and, certainly, there is a need to minimize all metal exposed near the instrument and where samples are processed.”

Despite the challenges, ICP-MS offers many benefits in testing environmental samples for trace metals. For one thing, just one run analyzes a sample for many elements, including alkali and alkaline earth elements, transition and other metals, metalloids, rare-earth elements, most of the halogens, and some of the nonmetals. In addition, ICP-MS can analyze samples from a wide range of sources, and it can quickly detect analytes at concentrations down to ppt.

To get more out of ICP-MS, some scientists add an upstream step. The interference, for instance, can sometimes be removed with chromatography before the MS. Depending on the sample, capillary electrophoresis, gas chromatography, or liquid chromatography (LC) can be used to improve the detection limits.

When combining ICP-MS and LC, in particular high-performance liquid chromatography (HPLC), scientists can separate and quantify metals in their different oxidation states. “Some very common elements measured in different oxidation states are arsenic, cadmium, selenium, and chromium,” Lipps says. “These elements occur naturally in the environment and their toxicity is dependent on their oxidation state.” Lipps also points out that Shimadzu makes complete HPLC systems, including the software, and “this ensures [that] all pieces work together seamlessly as if they were one instrument.”

Beyond those very common upstream tools, some scientists add others to ICP-MS. “For example, geochemists may be interested in a laser-induced breakdown or ablation system—LIBS,” Lipps says. “Here, a laser is used to vaporize a sample and deliver it to the plasma for analysis.” With this technique, solids can be directly analyzed with ICP-MS. Consequently, researchers don’t need to use some of the aggressive chemicals, such as hydrofluoric acid, to dissolve the sample, as those chemicals can contaminate a sample. With LIBS, Lipps says, “Shimadzu uses an off-axis lens configuration to reduce the instrument background, thereby increasing sensitivity.”

“One of the fastest-growing areas of ICP-MS is speciation measurement—the combination of chromatographic techniques with ICP-MS as a detector to determine the chemical form of elements in the sample,” Marvin says. “These capabilities help explain the widespread acceptance of ICP-MS and confirm the status of ICP-MS as the premier technique for trace metals measurement.”

Advances in materials also create new opportunities to use ICP-MS on environmental samples. In the December 2015 issue of the International Journal of Environmental Research and Public Health, researchers from the University of Vienna in Austria analyzed soil samples for copper nanoparticles, which are commonly used in engineered nanomaterials, including agricultural sprays. Moreover, many governments regulate these materials and it’s hard to detect copper nanoparticles in soil. So this team tried ICP-MS. They concluded: “Overall, copper nanoparticles were successfully detected in the soil colloidal extracts.”

In the field of analyzing environmental samples for traces of metals, ICP-MS is the primary tool that scientists use, but not the only one. For instance, Jackson and his colleagues rely almost exclusively on ICP-MS, but there is one exception: mercury in a solid sample when only that element is being analyzed. In those cases, Jackson says, “the direct mercury analyzer is a quicker and easier method.” Also, for mercury in water, Jackson uses cold-vapor atomic fluorescence spectroscopy (AFS). He says, “Cold vapor AFS gives lower detection limits, mostly because of lower blanks.”

No matter how effective a technology might be, it must be affordable. When considering an ICP-MS system, the purchase price and cost of operation should be part of the decision-making process. For example, Lipps says, “the rate of argon use for an ICP-MS system can range from over 25 liters per minute to as low as 10 liters per minute.” The required purity of the argon also impacts the economics, because the purer the gas is, the more expensive it is. “Some systems can operate without deleterious effect on purity as low as 99.9%, whereas some systems require 99.999% purity,” he says.

The maintenance of an ICP-MS system also affects its lifetime economics, as well as its overall uptime. The parts that commonly need maintenance include the torch and the sampling and skimming cones. “Well-designed systems do not require any tools to access or remove parts for servicing,” Lipps says.

This brief review provides only an introduction to a broad and critical field. The environment in which we live plays a fundamental role in our health, as well as the health of our world’s environment. In many cases, metals can contaminate that environment, and scientists and public health workers depend on tools like ICP-MS that deliver fast and accurate analysis. Only then can we better identify and correct some of the dangers around us. 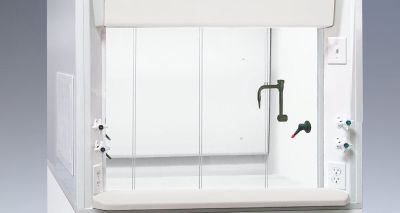 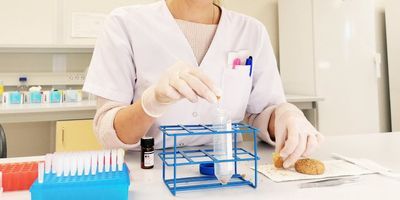 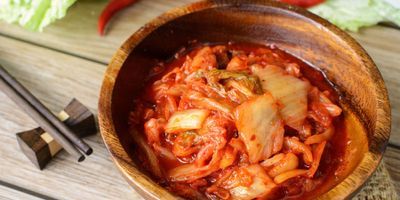 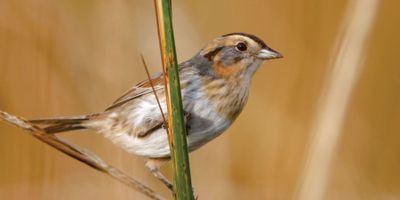 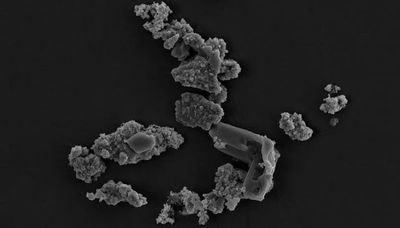 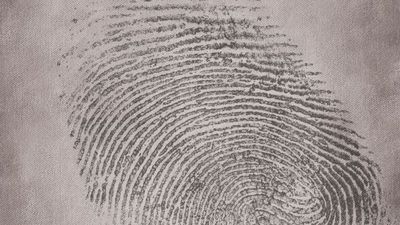 INSIGHTS on the Growing Fingerprint Challenge

INSIGHTS on the Growing Fingerprint Challenge