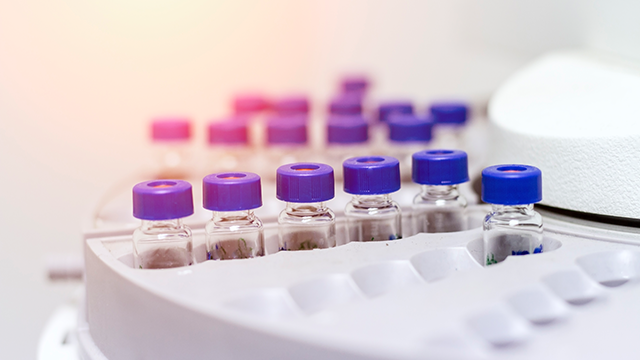 The recent ranitidine (Zantac) recall was prompted by the detection of N-nitrosodimethylamine (NDMA), a probable human carcinogen. Valisure, an American online pharmacy, detected extremely high levels of NDMA in ranitidine during routine testing using gas chromatography-mass spectrometry (GC-MS). They proposed that the high oven temperature required during testing led ranitidine to react with itself and produce NDMA, and that there is evidence to suggest NDMA formation also occurs under conditions similar to those of the human body.

The US Food and Drug Administration (FDA) however, claimed that the GC-MS method was published for testing angiotensin II receptor blockers for nitrosamine impurities, and that it is not suitable for ranitidine testing. The FDA has developed an alternative liquid chromatography-high resolution mass spectrometry (LC-HRMS) method suitable for quantifying the levels of NDMA in ranitidine, and reports finding much lower NDMA levels in ranitidine samples compared to Valisure.

Both gas and liquid chromatography are based on compounds eluting from the column. Different compounds have different retention times, dependent on several parameters. In GC, retention time relies on the flow rate of the carrier gas, the length of the column, and temperature. Compounds with similar boiling points will elute at a set temperature, whereas temperature programming is used to facilitate the elution of compounds with a range of boiling points. Alternatively, in LC, separation relies on pressure, the nature of the stationary phase, temperature, and the composition of the solvent. Gradient programming is used to facilitate compound elution by mixing solvents to achieve an increase in organic solvent throughout analysis. Temperature is believed to be the main factor differentiating the GC protocol used by Valisure, and the LC protocol used by the FDA, accounting for the difference in measured NDMA.

According to Valisure, results were obtained using the FDA recommended method for the determination of NDMA levels: N-Nitrosodimethylamine (NDMA) and N-Nitrosodiethylamine (NDEA) Impurity Assay by GC/MS-Headspace (FY19-005-DPA-S). It specifies an oven temperature of 130°C. Valisure claims heating at this temperature promoted the conversion of ranitidine to NDMA. They also stated there is evidence to suggest this may occur under conditions similar to those of the human body, citing a 2016 study demonstrating the production of NDMA via ranitidine nitrosation in stomach-relevant pH conditions in vitro, and a 400-fold increase in urinary NDMA excretion following ranitidine consumption. Despite a large increase in urinary NDMA, these authors note it is unclear whether urinary N-nitrosamine concentrations directly reflect systemic exposure. The FDA claimed this GC-MS method was not suitable for testing ranitidine and recommends using an LC-HRMS testing protocol developed and validated to measure levels of NDMA in ranitidine drug substance and products. The protocol indicates a much lower column temperature of 30°C to prevent the degradation of ranitidine and the subsequent formation of NDMA.

This case highlights the complexity of pharmacology, and the importance of accurate methodology. At this time, the FDA has not recommended that individuals stop taking all ranitidine medicines. However, several manufacturers have announced voluntary recalls of ranitidine following the statement alerting health care professionals and patients of the findings.