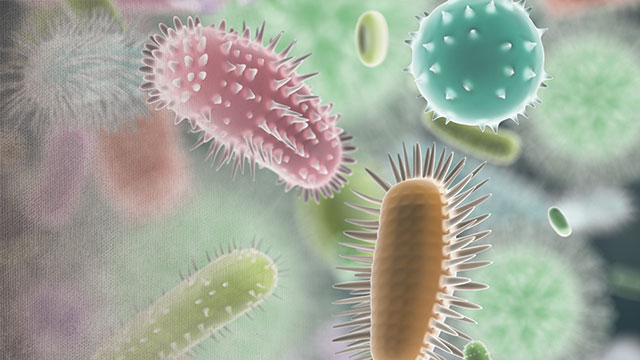 Microbiomes are the communities of microorganisms that exist in specific environments, especially on or in living organisms. Scientists have only recently come to understand the contributions of microbiomes to human health and illness. Until quite recently, microbial analysis involved time- and labor-intensive culturing methods to generate quantities of microbes sufficient for analysis. Molecular techniques and next-generation sequencing (NGS) have greatly broadened and deepened the scope of microbiome characterization while uncovering unexpected connections with serious, chronic diseases.

SIFTING THROUGH THE SEQUENCES

Microbiome associations have been established for many diseases, including many deadly cancers. Some remarkable connections were totally off the radar screen just a few years ago. For example, the oral microbiome has been studied to explore a possible correlation between gum and tooth disease and lung and pancreatic cancers. “The composition of the gut microbiome as a predictor of risk for colorectal cancer has also been studied,” says Rita Colwell, PhD, chief scientist at CosmosID (Rockville, MD).

MetaGen is a cloud-based bioinformatics service for analyzing metagenomic microbial sequence data. It consists of a curated genome database and an ultrafast bioinformatics algorithm that profiles microbes at the subspecies and strain level. MetaGen is platform-independent, so it operates equally well with sequencing hardware from Illumina, Thermo Fisher, Pacific Biosystems, Oxford Nanopore, and others.

CosmosID recently became involved in the National Cancer Moonshot, a project that will examine the associations between different microbiomes and malignancies of the gastrointestinal tract, lung, pancreas, and cervix.

Uncovering the link between microbes and cancer is not as straightforward as it sounds.

“Many microorganisms have very similar DNA, which makes distinguishing them through genomics difficult,” Colwell says. Current analysis methods over-report bacterial species because they detect false positives based on sequence similarities. CosmosID avoids these issues by maintaining a meticulously curated reference database, which is organized in a phylogenetic tree so identified organisms have multiple levels of evidence supporting their presence. Finally, CosmosID looks for matches that are unique to organisms, even to the sub-species and strain level for bacteria, viruses, fungi, protists, antibiotic resistance genes, and virulence factors.

As Colwell explains, microbiome connections are difficult to study due to the myriad components, functions, and interactions that can be correlated with disease states. “However, for many infectious diseases, like diarrheal diseases, microbiome analysis could potentially differentiate healthy, diseased, and asymptomatic carriers and individuals in early stages of diseases,” she says. FASTER AND CHEAPER

SmartBiome ID™, the first application of uBiome's (San Francisco, CA) precision sequencing technology, allows hypothesis-free detection of hundreds of bacterial, viral, fungal, and eukaryotic targets from a single biological sample. The technique combines the specificity and sensitivity of amplicon sequencing of several specific targets in multiplex with broader but less deep coverage through full metagenomic sequencing. “This means that we can characterize a sample based on the known targets that we are amplifying, but simultaneously explore the entire diversity of the sample to identify, for instance, unknown agents,” says Dr. Jessica Richman, CEO.

Sequencing microbiomes requires generating a DNA library from a sample, sequencing the library, and finally performing bioinformatic analysis to provide taxonomic annotation and/or functional annotation. “These steps take time, so improving any of them is fundamental to getting shorter turnaround times,” Richman says.

Although sequencing prices have decreased dramatically, performing full metagenomic sequencing on a microbial sample is still expensive. “Therefore faster, cheaper approaches to library preparation, sequencing and bioinformatics analyses will empower sequencing to position itself as a valuable clinical assay.”

Genomic sequencing has become a gold standard method for identifying and characterizing microbiomes. Genomics may, however, obscure the significance of events downstream of the genome. Where genomics represents the potential of organisms to express certain characteristics, we know that genes are often silenced, sometimes by epigenetic factors. Which is why investigators consider the proteome to be the manifestation of genomic activity—the phenotype. (Analogous arguments can be made as well for the metabolome, but that is the subject of another article.)

The problem with proteomics is that a protein-naive approach suitable for discovery will miss many peptides due to matrix and concentration dynamic range effects. Biognosys (Zurich, Switzerland) has developed a proteomics platform, Hyper Reaction Monitoring (HRM-MS™), that quantifies up to 9,000 proteins per sample, thus enabling monitoring of the downstream effects of gene expression, specifically whether an expressed gene is actually operative.

“HRM-MS is particularly suitable for the global protein quantification of multi-species samples such as microbiomes containing pathogenic microbes,” explains Stephan van Sint Fiet, chief commercial officer at Biognosys. “As opposed to conventional MS-based proteomic approaches, in HRM-MS all peptides flying through the mass spectrometer will be fragmented and therefore can be quantified.”

This analysis provides critical data on the state of the pathogenic microbes, which proteins are required for bugs to enter dormancy, and mechanisms for re-emerging in their virulent state. In addition to characterization, this information may assist in the design of drugs that do not directly target genes, but instead target their physiologic effects.