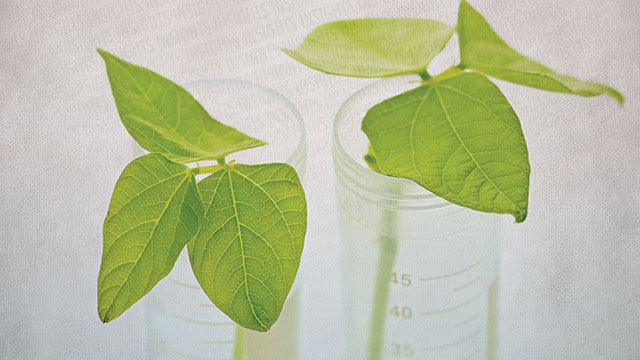 For a molecular biologist, few things sound more alluring than a relatively simple and super-effective method of editing genes. In the past, genetic modification of crops usually required a bacteria or virus to introduce new genes into a plant. The concern was that the modified crops potentially contained foreign DNA from plant pests. A more recent technique, called CRISPR, does not require genes from any other organisms. Although much of the recent news related to CRISPR involves intellectual property, and who holds the rights to specific implementations of this technology, applications keep moving forward, and food crops promise some exciting opportunities. Part of the promise comes from more freedom from regulation, at least in some instances.

In 2015, Penn State plant biologist Yinong Yang asked the U.S. Department of Agriculture if a CRISPR-modified mushroom would be regulated as a GE crop. USDA said that this mushroom did not require regulation under the Plant Protection Act, because the process of making the non-browning mushroom involved no DNA from a plant pest. As we shall explore, the regulatory environment is likely to get more complicated for CRISPR, but before getting into that, let’s summarize the process. CRISPR—or clustered regularly interspaced short palindromic repeats—and CRISPR-associated (Cas) genes are repeating sections of DNA found in some organisms, including specific bacteria. These genes help an organism get rid of foreign genetic material as part of an immune response. As used by molecular biologists, a CRISPR/ Cas system can cut DNA at a specific spot, where DNA can be edited or deleted. In brief, this technology makes it possible to change an organism’s DNA without incorporating DNA from a foreign organism. 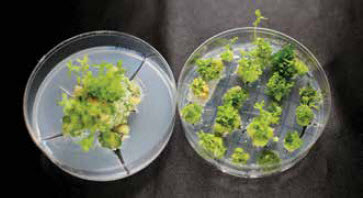 Cibus used CRISPR technology to modify flax, which is grown for food and fiber around the world.Image courtesy of CibusAlthough CRISPR is new to molecular biology, genetic modification of crops is old. “Beginning about 10,000 years ago, crops began to be domesticated from their wild ancestors,” says Greg Gocal, chief scientific officer at San Diego-based Cibus. “Early breeders selected for desirable characteristics based upon quite infrequent mutations that occurred in nature.” Instead of waiting around for the desired mutation, scientists can now direct it with CRISPR, which is one of a variety of gene-editing techniques.

As explained by Narendra Tuteja, director of the Amity Institute of Microbial Technology at Amity University in Uttar Pradesh, India, “Genome editing is a more efficient and precise method of manipulating genes than the conventional breeding methods, but the outcome is very similar and less time consuming.” To use CRISPR, says Tuteja, scientists need only two things: the DNA sequence of the target plant, and certainty of avoiding off-target mutations. Some experts, including Gocal and Tuteja, believe that techniques like CRISPR can bring healthier and better-tasting foods to tomorrow’s tables.

In 2016, Iowa-based DuPont announced its first CRISPR-modified crop, which was waxy corn engineered to produce more yield. In 2017, St. Louis- based Monsanto signed a license to use a specific form of CRISPR—CRISPR/Cpf1—developed at the Broad Institute of MIT and Harvard. Clearly, the leaders in agricultural crops intend to put CRISPR to work.

As you think about how scientists use CRISPR to improve foods, keep in mind the clarification made by Gregory Jaffe, biotechnology project director at the Center for Science in the Public Interest in Washington, DC: “Food is not what’s being modified, but CRISPR technology modifies the crop or animal.” As he added, “You’re not modifying the ice cream, but you can modify the sugar beet that is processed into sugar used as an ingredient that goes into the ice cream.”

The concept of precisely editing genes with directed molecular tools arose in the early 1990s, and scientists have used various tools over the years, including transcription activator-like effector nucleases (TALEN), zinc finger nucleases (ZFN) and now CRISPR/Cas techniques. “All of these make very precise modifications and do it with high efficiency,” says Daniel Voytas, director of the Center for Genome Editing at the University of Minnesota in St. Paul, chief science officer at Calyxt (New Brighton, MN), and one of the inventors of TALEN technology.

Still, some methods work more easily than others. “When it comes to making reagents for these processes, ZFN is harder than TALEN or CRISPR,” says Voytas. Still, he points out that a few companies and academic labs can make ZFN reagents pretty reliably. At Calyxt, Voytas uses TALEN technology, because the company can use intellectual property that it owns. In fact, Calyxt disabled two genes in soybeans with TALEN, and that improved the fatty-acid profile of the resulting oil, making it more like olive oil. 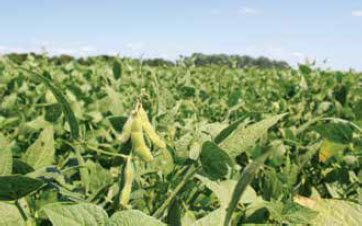 Scientists at Calyxt gene-edited these soybeans with TALEN technology.Image courtesy of CalyxtIn his academic lab, though, Voytas uses CRISPR. As he says, “We are trying to develop efficient and reliable targeted methods for editing plant genomes, and many scientists are interested in using CRISPR.”

Many of the early applications of CRISPR to food crops will probably come from loss-of-function mutations. In this approach, CRISPR/Cas cuts a targeted gene, and a somewhat rough repair puts the DNA back together with a couple of nucleotides added or deleted. The result is a gene that doesn’t work. In 2017, for example, a team of scientists from China reported on using CRISPR/Cas to block the function of the ClPDS gene in watermelons, which creates an albino phenotype that can be visually observed (Plant Cell Reports 36:399–406). The scientists concluded: “Our results show that CRISPR/Cas system is a powerful tool to effectively create knockout mutations in watermelon.”

A ROLLERCOASTER OF REGULATIONS

How widely CRISPR gets applied to food crops will depend, in part, on the regulatory environment. Part of the concern, especially from the public, about GE crops arose from combining genetic material from different species, so-called transgenics. Although CRISPR can be used for that, it doesn’t have to include any foreign DNA. That’s why the USDA gave Yang’s mushroom a pass. What lies ahead, though, could get more complicated.

In the United States, the control over CRISPR-edited crops remains to be seen. As Jaffe, an attorney by training, says, “The federal government is currently considering if and how CRISPR-modified plants and animals will be regulated, and it has set forth several proposals, is asking for comment and is awaiting an analysis from the U.S. National Academy of Sciences.” Just before this article went to press, that analysis came out, “Preparing for Future Products of Biotechnology,” and it endorses a stratified approach to regulations based on risk analysis, which will require more research. Different U.S. government agencies—including the Environmental Protection Agency, the Food and Drug Administration, the USDA and others—could be involved, each possibly determining the regulatory fate, or lack of it, for various food-related uses of CRISPR.

In the past, much of the conversation surrounding GE crops has been highly emotional, and Jaffe and his colleagues at the Center for Science in the Public Interest hope that science forms the foundation of any CRISPR-related decisions.

Science should determine if there’s a need for regulation. “We should look at the crops and animals likely to come to market in the future, and look at the risk profile around the product and the technique,” Jaffe notes. “If there are potential risks that need to be managed, then we should develop oversight appropriate for those potential risks.” 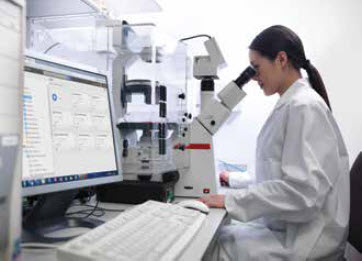 Software from IDBS captures and manages information about a CRISPR processImage courtesy of IDBSAssessing such risks and developing effective oversite from a scientific perspective, reaching conclusions among a variety of government agencies, then getting some semblance of international harmony in the process will take some time—probably more than many in the industry might like. Plus, from the battles over GE approaches in the past, keeping the discussions scientific will be a battle of its own. For anyone thinking that any change in genes is a bad change, consider this: It happens naturally all the time.

For example, “Gene copy-number variation (CNVs), which provides the raw material for the evolution of novel genes, is widespread in natural populations,” according to scientists (BMC Genomics 16:1044). Consequently, many of the modifications created with CRISPR could easily take place by chance in nature. This technique just lets scientists create and analyze more possibilities at a rate that leaves natural selection in its dust.

The tone of talks over regulating CRISPR might depend on magnitude—how much DNA is being changed. “With CRISPR,” explains Paul Denny-Gouldson, vice president of strategic solutions at IDBS in Alameda, CA, “you can make one small change or 100 small changes and massively change an organism.”

To create consistent products from CRISPR, scientists need to know what they did and how it changed the organism in question. IDBS developed software that captures and manages information about a CRISPR process. “It makes sure there’s traceability, and scientists can aggregate data to see if it’s improving the intended feature of a crop,” Denny- Gouldson explains. 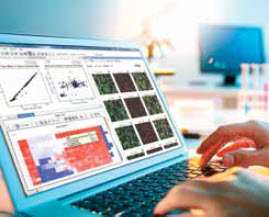 To put CRISPR to work on food crops, scientists must collect and analyze large data sets.Image courtesy of IDBSThis cloud-based software can be set up for small or big companies. Denny-Gouldson says that it’s been used in organizations with 10 to 10,000 users. It can also be implemented in various ways. For a company working with paper records, which is more common than some might think in this digital age, Denny-Gouldson and his colleagues can replicate current practices in an electronic lab notebook. For groups that want even more, scientists can add tools for specific applications, from development through manufacturing.

To assess the wide variety of edits that scientists can make to food crops with CRISPR and document the outcomes, they need these types of software tools. Putting such results in shared databases would also help scientists around the world move ahead faster by knowing what worked and what didn’t.

So, maybe CRISPR needs a few more tweaks, and maybe regulatory revisions ahead will impact its widespread use, but so far, this powerful tool appears to be taking root in the food industry.