Contamination, the bane of cell culture work, occurs at every level, from high school labs using Petri dishes to large-scale manufacturing plants. Given the ubiquity of microorganisms, saying that contamination is inevitable is not an understatement. 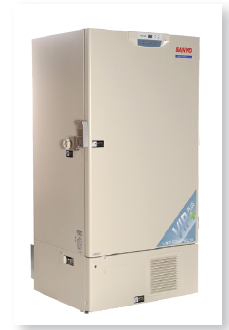 Humans carry approximately 10,000 microorganisms on every square centimeter of their bodies, and continuously slough off dead skin. Bacteria, mold, and fungi are present in air as well. Every one of these organisms is eager to settle into cultures exposed to the lab environment, even for a few seconds. Hurriedly moving the culture back to a secure location provides no guarantees; as Mary Kay Bates, global cell culture specialist at Thermo Fisher Scientific (Milford, MA) notes, “There’s no magic place inside the BSC where nothing bad will happen. Each cell sample, each culture, is an investment not only in media, reagents, and plasticware, but in time. Contamination can be catastrophic because it’s impossible to remediate.”

Irvine Scientific’s Tom Fletcher estimates that contamination occurs between one in one hundred and one in one thousand times a culture is manipulated. The most common contamination is fungus–“fuzzy balls floating in a culture or bottle of media.” 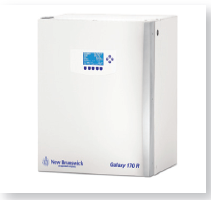 Openings to the outside world, such as doors and windows, are the bane of aseptic cell culture. “It makes no sense to have the incubator on one side of the room, carry cells to the other side of the room past a door to view them under a microscope, and back again to a uybiosafety cabinet,” notes David Phillips, a BSC specialist at Thermo Fisher. “The equipment should be close together, away from the door.”

Complacency is enemy number one for aseptic technique. “People get comfortable as they go through a project,” Bates observes. “Things are going well, cells are cranking along , and you begin to relax, to skip steps. You assume another worker, with impeccable technique, has already wiped down a cabinet. And when you begin spreading contamination to colleagues, you have a very big problem.”

Good cell handling practices involve storing cells in a freezer or under liquid nitrogen, using appropriate protective garb, and maintaining aseptic technique within the BSC. Shoes and air handling ducts are a common source of fungi, especially during warm, humid seasons. Contamination protection works both ways, says Fletcher. “It prevents losing a cell culture to microorganisms, but also protects operators from anything harmful."

Mycoplasma—very small bacteria lacking a bacterial wall, making them resistant to antibiotics—are a common and particularly dreaded form of contamination. Unlike more common microbes, mycoplasma do not cause changes that are immediately noticeable, such as drops in pH or cloudiness. Antibiotics are ineffective against mycoplasma, because the organisms lack a cell wall. The only way to guarantee that these organisms are absent is to test for them. Mycoplasma testing consists of a rapid PCR assay and/or confirmatory culturing, which takes a couple of weeks. Prevention methods include wearing a mouth covering to prevent human-to-culture transmission, and using a 0.1-micron filter to remove the organisms from media. 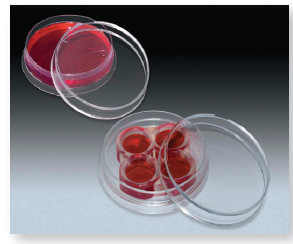 Simple changes in lab policy could reduce contamination significantly. “I’m amazed when I walk into a lab, and they let me touch the incubator, hood, and other equipment without washing my hands and donning gloves,” says David Craig. Universities are particularly prone to lax contamination policy. “There should be a big ‘do not enter’ sign available when workers are working with a critical cell line.”

Cleaning is another area that many labs overlook, particularly in shared facilities like cold rooms. Craig urges managers not to assign cleaning chores to the most junior workers, because they are unfamiliar with the lab’s workflows and likely have very little personal investment in contamination control. “Have the junior workers clean out the microwave oven in the break room instead,” Craig quips.

Industrial pharmaceutical and biotechnology laboratories avoid antibiotics as a strategy for contamination due to issues related to antibiotic allergies in patients. Academic laboratories still routinely employ antibiotics, but even basic researchers might rethink this strategy, says Fletcher. “Antibiotics lead to a false sense of security about bacterial contamination, which leads to sloppy technique.” Instead of using aseptic technique to transfer cultures and media, labs may simply pour them from one vessel into another. And as noted, antibiotics do not eliminate mycoplasma, one of the most pernicious forms of contamination. 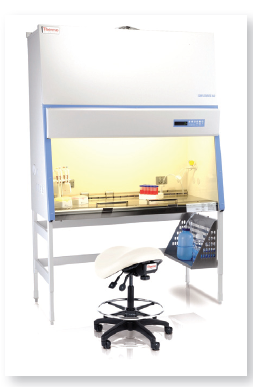