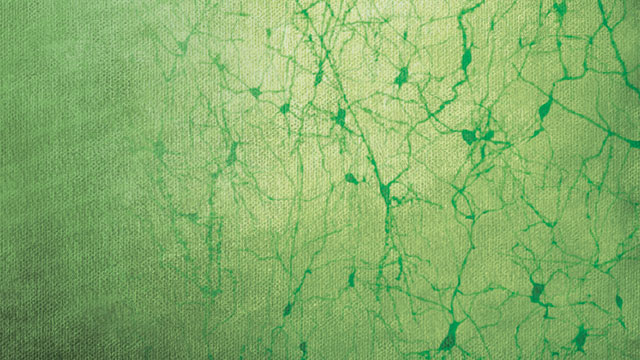 For decades, immortalized cell lines have performed admirably in cell-based assays, biomanufacturing, and basic scientific work. “Let’s give them due credit,” says Daniel Schroen, PhD, a vice president at Cell Applications (San Diego, CA). “They are a mainstay.”

Primary cells have similarly been part of life sciences research, and demand for these cells is at an all-time high. Compared with immortalized cells, the key advantages of primary cells are their functional and genetic fidelity.

“The information derived from primary cells is closer to physiologic relevance because these cells lack the genetic changes that allow indefinite in vitro cultivation,” Schroen adds.

Primary cells present challenges, however. Their supply is limited, they are difficult to acquire and isolate, they are intolerant to all but very narrow culture conditions, and they don’t last long: Primary cells offer at most 15 to 20 passages, or doublings, before they die out, whereas immortalized cell lines go on forever. However, these issues are usually manageable with careful optimization of isolation and culture methods, media, and nutrient feeds.

Because primary cells are highly specialized, they require individualized environmental and nutritive conditions for optimal growth and maintenance of the desired phenotype. This is typically achieved through application of specific growth media, supplements, and extracellular matrices or other application- specific conditions. “The goal is to preserve the cells’ original functionality,” says Robert Newman, PhD, director of R&D for ATCC Cell Systems (Manassas, VA).

In carrying out their specialized activities, primary cells have distinctive receptors, enzymes, and signaling pathways that work through unique triggering mechanisms that are absent in non-primary cells. Thus nearly every vendor of primary cells also offers precisely defined media formulations for specific cell lines, e.g., fibroblasts, or kidney or endothelial cells. As with immortalized cells used in biomanufacturing, where the goal is achieving higher protein titers, media formulations for primary cells are optimized by component to achieve in vitro fidelity to their in vivo phenotype.

The finite life of primary cultures recapitulates what occurs in vivo, where cells differentiate, take on their specialized functions, and stop reproducing. Senescence is a complicated process. “Certain signaling pathways cause terminally differentiated cells to stop replicating in the body,” Newman says. “When you put those cells into culture, they follow a similar trajectory toward senescence. That’s typical for differentiated cells but not for primitive cells, which are at the opposite end of the spectrum with respect to proliferation.”

Some primary cells, such as terminally differentiated hepatocytes and neurons, are post-mitotic, and under normal circumstances do not proliferate at all, either in vivo or in culture. While liver tissues repair themselves in vivo, these processes appear to be mediated by resident stem cells and complex triggering signals. Cultured primary hepatocytes barely last for one week without highly specialized media formulations.

Pharmaceutical companies increasingly rely on primary cells throughout research and development. Some isolate and culture the cells on their own, but many turn to companies like Cell Applications for fully authenticated, ready-to-use cells. Cell line authentication has become a huge issue with journals and funding agencies, and companies with isolation expertise usually lack the tools to prove their cells are what they claim them to be.

Pharmaceutical drug discovery has become a key testing ground for many advances in the life sciences, and primary cells are no exception. Primary cells are used during very early compound screening through initial low-throughput, low-content assays. “This is when companies are looking for hits that are physiologically relevant,” Schroen explains. Primary cells may be used alone or to complement testing in immortalized cells. Later, as screening activity picks up and for practical reasons, companies turn to immortalized cells that respond similarly to primary cells, usually through high-throughput screening. After this phase, they often return to primary cells to fine-tune compound evaluation or to evaluate in vitro efficacy and toxicology.

At this stage companies are particularly interested in three-dimensional primary cell constructs formed either through bio-printing or by physically layering cells onto a suitable matrix. Cell Applications is one of several companies that offer such 3-D cell models (for a more complete treatment of 3-D cell culture see Lab Manager, September 2015). Due to their structure and more natural cell-cell interactions, 3-D cultures often supplement 2-D or suspension cultures with additional physiological relevance and data. They also significantly reduce the costs, lengthy time requirements, and potential ethical concerns of animal testing.

Because of the complexity of a typical organ, its need for blood vessels, and the sheer number and diversity of functional cell types, Schroen believes it will be a challenge for 3-D bio-printing companies to develop large, fully functional organs like a kidney or liver. However, he does see the benefits of using what amount to smaller, printed tissue components for pharmaceutical drug and cytotoxicity screening. The foreseeable future could also move three-dimensional cell printing into the clinical realm, for instance with tissues to repair blood vessels or skin, or someday even replace diseased structures within major organs.

Before releasing a new cell, Cell Applications undertakes an optimization process to assess which media components produce the most desirable cell performance, which, depending on the cell type, can include cell viability, morphology, population doublings, cell surface marker expression, or cell signaling cascades. Some cells will not grow outside of serum-based media, while others do much better in animal- component-free or chemically defined media. Human primary cells have traditionally been obtained in collaboration with research hospitals or tissue banks from surgical excisions, and from post-mortem organ and tissue donations. Nonhuman tissues are sourced primarily from in-house animal facilities, companies that raise animals specifically for research purposes, or carefully monitored animal processing facilities. All tissues, whether animal or human, carry detailed donor information such as age and sex, while the human donor profiles also include ethnicity, any diseases or pathologies, medications taken, and cause of death. It’s important with primary cells to have available different lots, for example certain ethnicities, tissues, age, and disease status. “If we get a very narrow request, we can tap into our resources to obtain those cells,” Schroen says. “Some pharmaceutical companies request one donor but four or five different tissues; others request a single cell type from multiple donors of different backgrounds.”

Stem Cells: Not Quite There Yet

The potential of stem cells to retain multi-lineage potential and proliferate extensively in vitro provides new avenues for cell-based therapy in the restoration of damaged or diseased tissue. Stem cells, particularly induced pluripotent stem cells (iPSCs), are also a potential source of primary cells. Cell Applications has a special interest in iPSCs through their work with iPSC discoverer Shinya Yamanaka, who won a 2012 Nobel Prize for his work. In this case, CAI supplied Dr. Yamanaka’s team with human dermal fibroblasts (skin cells), which they coaxed back into a pluripotent state, forming a potential source of primary human cells of nearly unlimited number and cell type. Bone marrow stromal cells, also known as mesenchymal stem cells, can produce bone, cartilage, and fat cells, as well as neuronal and hepatocyte lineages. Multipotent neural stem cells differentiate into neurons, astrocytes, and oligodendrocytes that make up the central nervous system.

This raises the question of the potential for using stem cells, in particular iPSCs, as starting points for generating primary cells. Compared with tissue harvesting, iPSCs have the advantage of a nearly endless supply. They may be expanded to large numbers and stored cryogenically for future expansion or differentiation. “You can control for donor-to-donor genetic variability within a large set of experiments if you can generate larger banks of cells from the same source,” Newman explains.

But iPSC-derived primary cells are not quite identical to mature cells harvested from living tissue. Harvested cells tend to retain their native phenotype in culture, albeit for short periods of time, and behave similarly to cells in vivo. Cell-based drug or toxicology assays based on them more closely represent what occurs in intact organisms. “They already possess their fully functional activity,” Newman adds. Since iPSCs were first reported in 2006, biologists have identified conditions, including growth factors and media, that cause iPSCs to differentiate into dozens of cell types. Performance of these cells in assays has been mixed, however, because the cells, while resembling skin, kidney, or heart cells in overt aspects, often do not replicate the behavior of fully mature, differentiated cells.

“Equivalence of iPSC-derived cells to mature in vivo cells varies,” Newman explains. “iPSC-derived terminally differentiated cells do not capture the entire mature phenotype of primary cells. You can make hepatocyte- like cells, or cardiomyocyte-type cells, but they usually exhibit functional features of less mature cells.”

Interestingly, the success of iPSCs in preclinical regenerative medicine studies results from their achieving fully differentiated status when introduced to their familiar biological niche. “We haven’t yet identified all the factors that trigger full differentiation in vitro,” Newman notes. “I’m confident that future advances in substrates and media will help solve this problem, and create powerful, robust in vitro assay tools.”