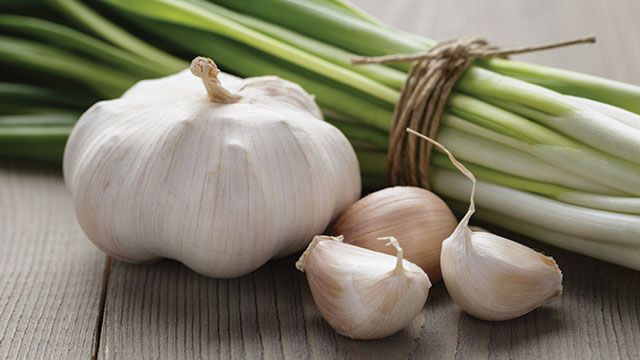 During the holiday season, around the world families and friends sit down to meals made with love and, hopefully, packed with flavor. In most cases, cooks build the flavor from experience and the trial and error behind recipes passed down over generations. In some labs, meanwhile, science takes over as the driver of flavor analysis, and the experiments can cook up some unexpected results.

Analyzing flavors is complicated, and there are many reasons for this. Sheryl Barringer, professor and chair of the Department of Food Science and Technology at The Ohio State University, says, “One reason is simply that you want to know the important flavor compounds, not just the list of chemicals in a food.” 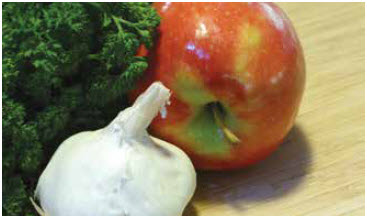 The volatile chemicals of various foods can interact to create or destroy compounds, which changes flavors.The sheer number of volatile compounds present— there can be 300 to 500 compounds in one food—also makes flavor analysis tricky. Plus, those compounds can create complex analytical situations. “Flavor compounds vary widely in their molecular properties, including structure, polarity, and boiling point, and it is difficult to extract the full range of flavor components using a single flavor-isolation technique,” says Xiaofen Du, flavor chemist and assistant professor of nutrition and food sciences at Texas Woman’s University in Denton. “The interaction between flavor components and a complex food matrix causes additional difficulty in flavor isolation.”

The overall chemical milieu impacts a food’s flavor. “Flavor chemicals interact,” Barringer says. A sulfur compound in rotten eggs, for instance, creates a horrible odor, but the same sulfur compound at a lower level and mixed with other chemicals creates a desirable flavor in blue cheese.

With some chemicals, it doesn’t take much to change the flavor of a food. Many volatile compounds impact the flavor at concentrations of parts per billion or parts per trillion. Such low levels push the detection limits of analytical techniques, and environmental contamination can creep into the tests. “You can get parts per trillion of some volatiles just out of the air,” Barringer explains.

Also, flavor compounds tend to be very reactive. That can make them difficult to extract from a sample. For example, a flavor compound might react with a metal in the detection system and not show up in the results.

Other experts agree that extraction creates a challenge in analyzing the flavors in foods. “The extraction technique must be capable of isolating and extracting all the compounds of interest without causing the formation of compounds that are not actually present in the sample,” explains Katherine Thompson-Witrick, assistant professor at the Fermentation Science Institute at Southern Illinois University, Carbondale. “This can be difficult since a number of extraction techniques require the sample to be heated at some point during the process.”

The extracted elements that matter the most tend to be at very low concentrations. These low levels drive the need for advanced sample processing and analytical instrumentation. “Sample preparation for flavor analysis is always a challenge,” says Vadoud Niri, assistant professor of chemistry and director of the chemistry graduate program at SUNY Oswego in New York. “Extracting the flavors from the sample without losing them before analysis is a concern.” He adds, “Quantitative analysis of flavors with standards is also a challenge.” For many components of flavors, chemical standards for calibrations are not available or are very expensive.

To dig deeper into flavor, scientists use a variety of approaches. As an example, headspace solid-phase microextraction (HS-SPME) coupled with gas chromatography–mass spectrometry (GC-MS) is a fast and easy approach for extraction and analyzing flavors in food samples. Niri says, “HS-SPME has a minimum sample preparation, and with GC-MS a variety of flavors can be analyzed with one run.” 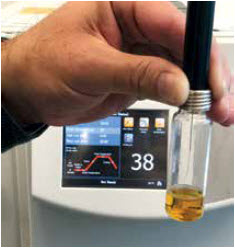 HS-SPME is being used here to analyze Scotch samples from different regions of Scotland.Image courtesy of Shaun HendersonIn looking ahead, Niri wants to speed up the processes. “Shortening both extraction and analysis times is our main focus to improve flavor analysis,” he says. The sensitivity of the instruments could also stand some improvement.

Everyone “owns” one great instrument—their human sense of smell. “The human nose can be much more sensitive for some compounds that GC-MS may not identify,” Du notes.

A compound’s impact on a food’s flavor depends on the complete chemical makeup and the processing, which even includes chewing. The mechanical breakdown of a food during chewing and mixing it with saliva impacts the flavor. “There’s always a food matrix,” Barringer explains, “and the matrix hides flavors.”

To study how foods taste after chewing, Barringer studies people’s breath. If someone chews food and then exhales into selected-ion flow-tube mass spectrometry (SIFT-MS), for example, the results show what chemicals the person actually created.

A few years ago, one of Barringer’s students wanted to see whether anything could deodorize garlic. Barringer expected that eating mint after garlic would simply cover the latter with a minty taste, not really eliminate garlic’s volatiles, but she let the student explore the concept. Using the chewing-andexhaling technique, the student found that some foods, such as apple, mint, and parsley, do in fact deodorize garlic. “It was not that the foods masked the garlic,” Barringer explains. “The other food is probably reacting with garlic’s volatiles and creating other chemicals.” She adds, “The volatile is no longer in your breath.” This is all good news for someone on a date, but maybe not as comforting to someone trying to ward off a vampire.

Beyond the chemistry of taste, neurobiology comes in as well. The sensation—the actual interaction of food chemicals with sensory receptors, including taste and smell—matters. So does perception—the brain processing that turns the sensory signals into an experience. That processing can make things more complicated and more interesting.

In Björn Ivens’s lab at the University of Bamberg in Germany, scientists analyzed how packaging a food impacts its flavor. “Packaging does, for sure, impact a person’s perception of a food’s flavor,” says Kristina Kampfer, a research assistant in Ivens’s lab. “However, research has not yet fully explored how different senses interact with each other.” These scientists found that when buying packaged food, its weight impacts the perceived flavor. That is, a sample of steak from a package that contains 1 kilogram might taste better than a comparable sample from a package that contains only 0.5 kilograms. “This effect has been demonstrated for both food and beverages, and it occurs even for subtle differences in weight,” says Kampfer.

Speaking of subtle differences, nuances in beer matter to many people around the world. The growing market for microbrews makes flavor analysis all the more important, given that a greater number of beers seem to come out every year. “Beer itself is quite complex, despite being made up of only four basic ingredients: water, malt, hops, and yeast,” says Thompson-Witrick. “There are carbohydrates and proteins present in the sample, which can interfere with the extraction process.” Extracting compounds from beer poses such a problem that Thompson-Witrick is not always confident that what she finds in analysis was actually in the product. “Pure compounds are expensive, and databases only allow for tentative identification,” she says. 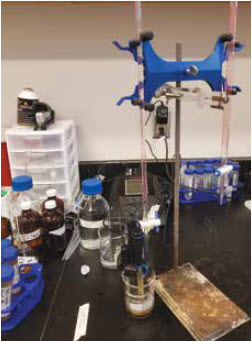 A range of instrumentation contributes to the analysis of flavor, and some basic chemical methods go a long way.Image courtesy of Katherine Thompson-WitrickThe type of beer also impacts the likely analysis. In lambic beers, for example, scientists often study the microbiota. Although traditional beers usually go through two stages of fermentation—the primary fermentation that develops the alcohol and some carbon dioxide, and so-called bottle conditioning—lambic beers go through four stages based on enteric bacteria, saccharomyces, lactic and acetic acid, and brettanomyces. So, the latter kind of beer can contain more microbes than traditional beers contain.

In her doctoral research, Thompson-Witrick analyzed the flavor compounds in lambic beer. She compared two extraction techniques—solid-phase microextraction (SPME) and simultaneous distillation extraction coupled with solvent-assisted flavor evaporation (SDE-SAFE)—that are commonly used in the flavor industry. “They each have their strengths and weaknesses,” she says, “but at the end of the day neither technique based upon my research was truly superior to the other.” So, in this situation, researchers can use the technique that they like the best.

The analysis of the extracted components in lambic beer also creates some challenges. “Sulfurs play an important role in the flavor and aroma profile of the beer that I worked with for my dissertation; however, it is very difficult to identify and quantify them,” Thompson-Witrick says. So, she used a pulse flame ionization detector with a specific sulfur filter. “It would be ideal to have a machine that would be able to identify all the compounds of interest without having to run the sample through multiple pieces of equipment,” she says. “Not all flavor compounds are volatile enough to pass through a GC, and a number of the organic acids are not.” The latter situation requires highperformance LC (HPLC).

Tomorrow’s flavor chemistry will probably dig deeper while suffering less from contamination. “I would love it if you could eliminate environmental contamination,” Barringer says. “Plus, if you could lower the detection limit to parts per trillion without background contamination, that would be fabulous.”

Looking ahead, Du can think of at least a couple of improvements that she would like to see. One, she says, is “specific flavor-isolation techniques for specific groups of flavor compounds, making results more reliable and accurate.” Plus, she would like to have “more powerful and faster instrumental analysis techniques.”

Other experts interviewed here expressed similar concerns about the challenges in flavor analysis, including getting to the right compounds and being able to measure them with high sensitivity. In addition, some scientists seek ways to explore the volatile compounds in more natural conditions—the way people do when they eat the food. Only then can scientists really know which compounds have the greatest impact on how a food tastes.