Isolating facility and layout from equipment during planning and maintenance of a cell culture lab entails considerable risk, if for no other reason than the latter must fit into the former.

“With respect to layout, the biggest mistake a manager can make is to underestimate the space they will need for equipment,” observes BINDER’s David Craig. “People forget to account for door swing, leaving enough space for heat dissipation, placement of utilities, or glove box ports. You have to think one step beyond the nominal dimensions of equipment and available floor space, and consider heat dissipation as well.” BINDER advises customers to allow six to nine inches between each incubator stack for circulating air to carry heat away from culture processes.

The best time to shop for new cell culture equipment is before that incubator or refrigerator dies. Purchases made out of necessity during emergencies often overlook new, potentially useful features, or over specify on bells and whistles. When the equipment arrives, Craig advises lab managers to go to the loading dock and inspect crates for damage. “One of our customers ordered six incubators, of which three were damaged during transit. The last thing you want is to get stuck between someone trying to sell equipment and the freight company.” 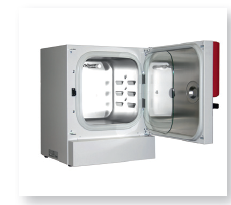 Equipment usage and layout, and optimizing them to workflows, is critical. Most labs end up with equipment that many workers share on many different projects, as well as some devices dedicated to one process or to expert users. The former include dedicated incubators and refrigerators; the latter consist of common, everyday tools like microscopes and dishwashers. Equipment should not be scattered around the lab in ways that require users to bounce back and forth to accomplish routine tasks.

Frequency and criticality of usage dictate where both equipment types live. A highly sensitive balance does not belong next to a noisy, rumbling dishwasher, and a cell counter used just several times per month can probably go into an adjacent lab. Immediate, common workspace should be clutter-free to encourage good practices and discourage sloppy technique.

One of the most overlooked aspects of setting up a cell culture facility is the fickleness of biological systems, and how seemingly minute excursions can negatively affect the quality of results. Primus’s Bryan Monroe cautions about taking anything for granted. For example, one of his clients assumed that the cell temperatures inside an incubator were identical to the air temperature readout on the LED. “The shaking table was generating heat, so the cells were actually at a higher temperature than the temperature sensor indicated.” Monroe suggested putting a thermocouple into media on the shaker
table, and adjusting the temperature setting down to compensate for the extra heating. Similarly, he notes that a poorly calibrated cell counter can provide seriously erroneous estimates of cell density, and poor choice of detergent can result in cells swimming in dish soap. “The learning curve for some of this equipment can be painful,” he says. “You’ve killed your cells, and now you have to start over.” 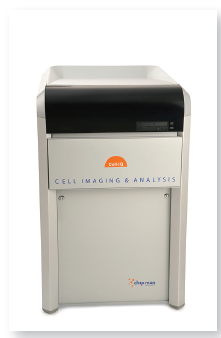 When in doubt about space requirements, Mark Bonyhadi, director of clinical business development for cell therapy for Gibco (Grand Island, NY), suggests specifying equipment that is easy to use, with an acceptable learning curve, and that fits on a desktop. “You want something that doesn’t take up a lot of space and can operate in close proximity to other pieces of your normal workflow.”

Quality assurance, long a hot topic in biotech and pharmaceutical development, is gaining significance in non-regulated work as well. Variability is the antithesis of quality and consistency.

Sources of variability are not limited to cells and culture conditions. As with sample and standards preparation in instrumental analysis, handling of ingredients, operator inconsistencies, and pipetting errors contribute to systematic and random errors. Robotics and automated liquid handling have contributed significantly to the consistency and quality of cell-based processes, particularly those involving aliquoting of suspended cells and multiple reagents. Robotics has been adopted in all high-throughput plate-based cell assays. Low-volume, high-throughput processes (e.g., microtiter plate-based assays) benefit the most from automated liquid handling, especially for operations like dilution, cell, and reagent addition.

Covering the hundreds of culture equipment options and combinations in a single article is impossible. Readers should check out separate articles in Lab Manager Magazine on biosafety cabinets, incubators, pipettes, refrigerators, etc. Here we focus on an emerging area of cell culture equipment, parallel microbioreactors, which have streamlined nearly all areas and application of cell culture.

Low-volume culture systems are becoming popular in biotechnology and pharmaceutical companies for their high parallelism, small volumes, and suitability for automated manipulation and liquid handling.

When Bernd Reichl, head of the R&D lab at PAA Laboratories, now part of GE Healthcare Life Sciences (Pasching, Austria) joined his firm four years ago, his mission was to establish a new cell culture R&D laboratory based on T-flasks, microwell plates, and shaker/spinner flasks. The lab will support optimization of media, feed, and reactor conditions.

Reichl’s lab will soon acquire a miniaturized, parallel minibioreactor system. His ideal system consists of at least 40 reactors, each with a volume of about 20 mL, which allows realtime monitoring and control, as well as daily removal of 0.5mL to 1mL aliquots for offline analysis. “Cell cultivation is a biological process. You see variability, even if you do your best to keep all parameters constant. That’s why we require enough reactors to run everything in duplicate or triplicate.” 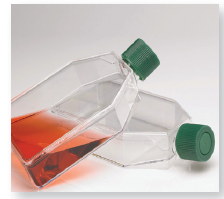 Online-controlled parameters include pH, temperature, CO2, and dissolved oxygen, with feedback capability to control the cultures if parameters fall from specification. Reichl is also interested in temperature gradients for the ability to test temperature as a variable or adjust it during culture. “And of course automated pipetting is an important feature you will need when you run so many cultures in parallel.”

“We are strengthening GE’s capabilities in small-scale cell culture for testing media and screening modifications to media compositions and culture conditions in parallel using design of experiment,” says Reichl. “Our goal is to shorten the timeframe for media and feed optimization.”

Reichl believes that by adding analytics and modifying media development workflows, a similar “micro” approach may be taken toward cell line development–a task much more difficult and time-consuming than media development.

Scaledown cultures are generally larger than those used to optimize media, although that is changing. McNaul is closely looking at microbioreactors, which he describes as the “way of the future,” and expects to see more of those in scaledown experiments and fewer of the multi-liter vessels. The 2-liter and 10-liter bioreactors, he says, are still needed to test purification and formulation, but might otherwise be replaced by reactors in the 2mL to 200mL range. 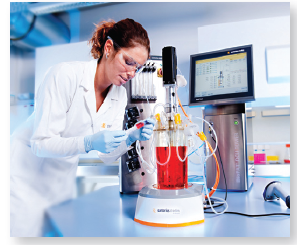