The Houston Forensic Science Center facility's labs are consolidated onto one floor of a modern office building.
Kevin Tietz

Q: What was the need for this project? Is it replacing an existing building, accommodating new program growth, etc?
A: Houston Forensic Science Center was spread out over several buildings and multiple floors in an outdated facility. HFSC moved into 500 Jefferson St. which would allow them to consolidate into one building, consolidate their various labs so they are together on one floor, and due to their independent status they had the need to separate from their existing location with the Houston Police Department.

Q: What sort of sustainability initiatives have been put into place?
A: The office space had minimal changes and we worked with the tenant to reuse as much of the existing workstations, offices, and finishes in the building as possible to be more efficient in costs and project waste going to landfills. The dedicated lab floor used environmentally friendly products when possible, but the goal was for more durable products that would have a longer life cycle. For example, the lighting was upgraded from four tube T-12 fixtures to dimming 2x4 LED light fixtures, with several of them hooked-up to daylight harvesting sensors on the exterior. The flooring used was an epoxy flooring that has a longer life span compared to common product-like vinyl composition tile. As for the furniture and millwork, we worked with the tenant to select hard durability based products that would not have to be replaced as often.

Q: What is the anticipated lifespan of the facility? What sorts of flexibility measures have been incorporated to accommodate new technology as it comes?
A: The lease is for 30 years, so our focus was to make sure HFSC had enough room for growth in their facility for a minimum of their lease term and possibly beyond. The older model for laboratories had a lot of dedicated fixed millwork, which became problematic for rapid changes or growth. An example of this was equipment had become smaller over time as they became more advanced with technology. This, of course, creates wasted space around the equipment due to the fixed dedicated millwork not being able to move or be reconfigured. For this reason the main flexibility goal for the five HFSC labs was to use a cohesive matching furniture system that could be moved around independently in each lab or even shifted to other labs if another laboratory had a greater need. The only construction work that would be needed is relocating the power whips in the ceiling if needed. We also minimized the fixed millwork to the required plumbing systems and placed them in centralized locations that would not interfere with reorganization when needed. Each lab has its own expansion needs built-in for the near term and the floor has a flexible space that can be used as a new lab or be absorbed by neighboring labs.

Some labs can be flexible, collaborative environments, rather than sterile-looking spaces.
Kevin Tietz

Q: Did you face any specific challenges during the design or construction phase, and how did you overcome them?
A: The largest challenge during the design phase was to capture how much waste HFSC had at their existing space, versus what they would need in their new location. Since HFSC was spread out and was going to radically change from an old fixed millwork layout to a very flexible layout, it was important to work with each department to make sure we capture all their needed programs. Another challenge was to design a firing range in a downtown Houston office building that was safe and concealed acoustically. The largest challenge during construction was the process of converting a typical office floor into a laboratory floor in a high-rise downtown office building. Out of the various trades, the HVAC was the most complex due to the floor requirement and not being located on the top floor for easy roof access. This led to the whole team looking for clever ways to utilize the existing building infrastructure for routing of the ductwork.

Q: Are there any unique features in these labs?
A: One of the more unique aspects of the labs was to create a viewing corridor that can be utilized without compromising the evidence. Since HFSC is considered a cutting-edge process for cities by being independent it is important that they are also transparent in the processing of evidence. This leads to constant groups wanting to tour their facilities from diplomats to other city leaders. For this reason we created a viewing corridor that allows one to tour the labs without getting gowned, swabbed, or entered into the local database. Since part of this lab was an FBIO lab, it was important to maintain various positive and negative pressure points to keep DNA from moving between spaces.

Q: If similar labs will be looking to yours as a role model of sorts, what do you hope they take away from your project?
A: Others could take away that the lab does not have to be a sterile-looking space, and that it can be a flexible or a collaborative environment to improve the person's experience of using it on a daily basis. 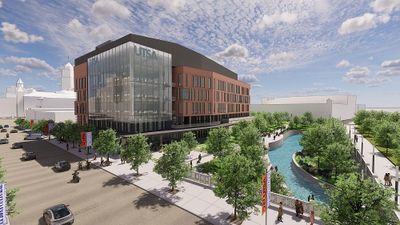 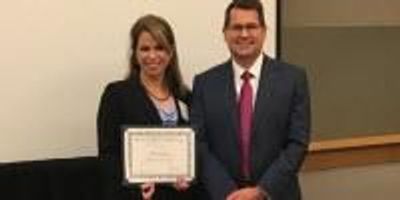 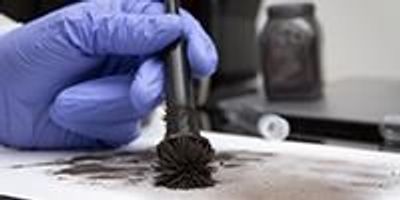 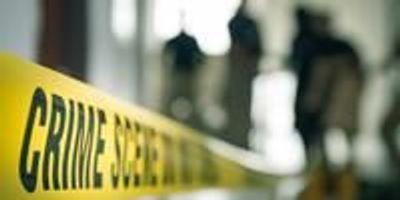 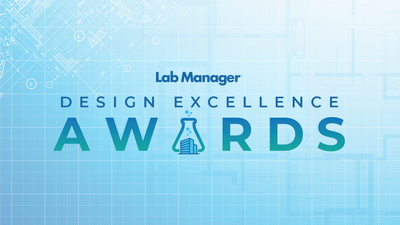