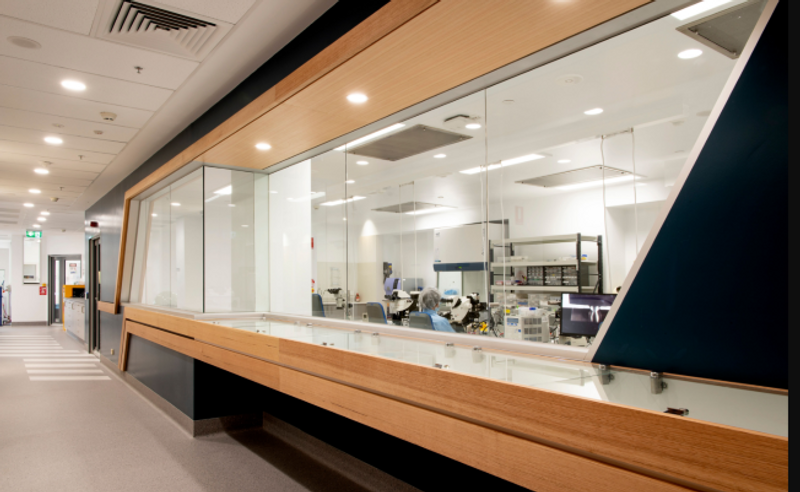 Lab Manager spoke to Kylie O’Neill, laboratory manager at Bionics Institute, about Neo-Bionica, a joint venture of the Bionics Institute and the University of Melbourne, located within St. Vincent’s Hospital in Melbourne, Australia. The 380 sq. meter facility was designed by Neo-Bionica designers Merat Architects and builders Alchemy Construction, who worked in close collaboration with the Institute’s engineers and laboratory team, to not only capture the specialized functionality required but also incorporate the creative character of the teams and their work. The build was completed in May 2021, and was operational as of July 1, 2021.

Q: What was the need for this facility? Can you give an overall timeline from the original conception to the expected opening?

A: Neo-Bionica is an end-to-end medical device prototype development provider. Neo-Bionica’s facility and processes have been purposefully designed to fast-track new treatments for people with conditions such as epilepsy, Parkinson’s disease, arthritis, stroke, and diabetes.

An initiative of the Bionics Institute and The University of Melbourne, Neo-Bionica is a highly specialized facility; the first and only one in Australia with the bioengineering expertise and technology required to create first-in-human prototypes for clinical trials. This facility can completely change how we translate Australian innovation, enabling home-grown inventions to be manufactured rapidly in Australia for the benefit of patients throughout the world. Located on the campus of St. Vincent’s hospital in Melbourne, Neo-Bionica is uniquely positioned to enable clinicians, scientists, engineers, and industry partners to collaborate in the quest to find solutions for people with hard-to-treat diseases like epilepsy.

Working closely with clinicians ultimately lead to the conception of Neo-Bionica. From point-of-conception to handover, the project has taken approximately two years to complete. The build time on site from Alchemy was approximately seven months.

Q: What kinds of sustainability initiatives have been included in the design plan?

A: Several sustainability initiatives were implemented in the design plan as a part of this project, including: 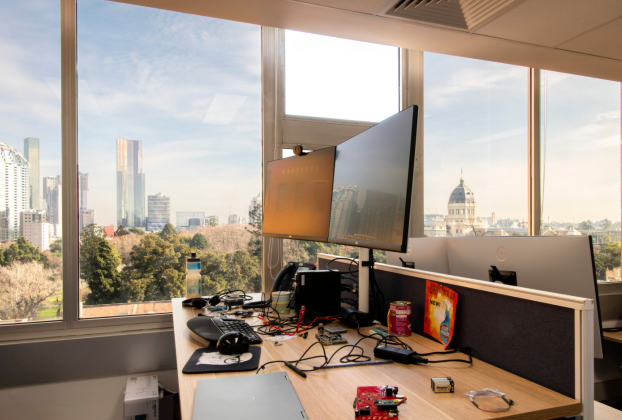 Q: Is there anything particularly unique or groundbreaking about your facility or the design plan?

A: The location of the facility is probably the most unique part of the facility and critical to the long-term plans and objectives of the business. The co-location within the same campus of pre-clinical research development, along with first-in-human clinical trials, provides for efficient, effective collaboration. Having collaborators and clinicians, including world leader epilepsy specialists, literally across the hallway is vital to the development and fast tracking of first-in-human prototypes. This close and continuous information transfer to and from clinicians allows clinical problems to be investigated in real time by our dedicated team of researchers and engineers.

Q: What sorts of challenges did you encounter during the design/build process, and how did you overcome them?

A: Building in a live hospital environment with adjacent clinical spaces meant careful planning and liaison with the wider hospital team was essential, especially in relation to isolation of services and noisy works. These renovations also took place within a very old building, which had inherent issues. It wasn’t until construction began that we discovered how many issues existed, such outdated plumbing and cracks in slabs. Close liaison with the hospital engineering department and other tenants within the hospital was of paramount importance for the duration of the build to ensure compliance, and allow tenants to continue operations.

Q: How did you work together with other members of the project team to collaborate on this building? Can you talk about your communication strategies and any compromises that needed to be reached in order to advance the project?

A: It took a dedicated team to design, implement, and get this facility operational! Merat Architects worked in conjunction with Lucid Consulting (engineering) to develop the plans, which builders Alchemy Construct brought to life. The Bionics Institute has a small team of dedicated staff that helped to design this facility from the ground up. They ensured we captured the specialized functionality whilst also incorporating the appropriate safety standards and operating processes.

As most of this project was designed and built during a pandemic, we moved to online meetings, where we met twice a week with the internal team to keep the project on track. Nearly all aspects of the facility, including cleanrooms, were custom designed by the Bionics Institute team and purpose built.

As always, there are going to be differences of opinions between engineers, management, and architects, but we managed to resolve these through close collaboration and open discussion. On some occasions, it would literally come down to a vote so we could agree and move forward. As much of it was virtual, we often did ‘mockup’ renders of the space to visualize what it would look like. We had an extensive amount of equipment to move into the new facility, which was a huge factor in the design and layout (not to mention electrical wiring and sufficient power point allocations!). 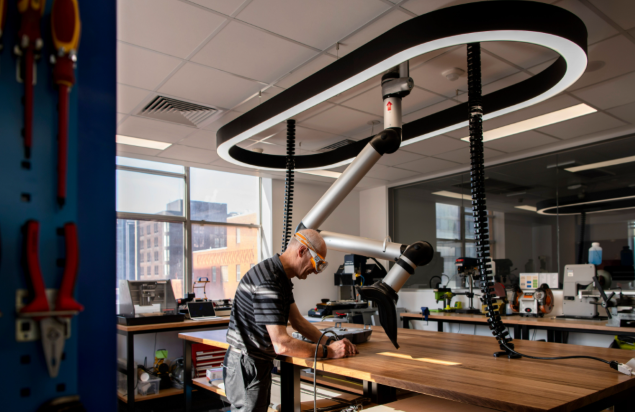 Q: If a similar facility or program were to look at your lab facilities for inspiration, what do you think they will take away as an example of what they should also implement in their own lab?

A: Spend time to carefully plan on what future operations might look like, and how your lab may grow. We spent a significant amount of time considering how we may expand, and ensuring that everything we implemented remained modular, so a very limited amount was fixed into place. This way, we have allowed for further growth and development, without costly renovations to be undertaken. Another consideration was the number of power points. As it is an engineering facility, there is will inevitably be growth and new equipment will need to be purchased. New equipment needs a home and also power to operate it. This also doesn’t just mean having extra physical power points, but also capacity on the power board to expand the number of additional circuits for loading.