Teesside University’s National Horizons Centre in Darlington, a town located in the northeast of England, recently opened a state-of-the-art bioanalytical laboratory, the first of its kind in the region. The facility was sponsored by Waters Corp., a manufacturer of analytical instrumentation for labs.

The Waters Bioanalytical Laboratory is part of the National Horizons Centre, a £22.3 million national center of excellence to support the U.K.’s bioscience industry. The center is intended to offer a full range of skills for the bioscience industry, as well as cultivate innovation and ideas through collaborative research with major area companies. 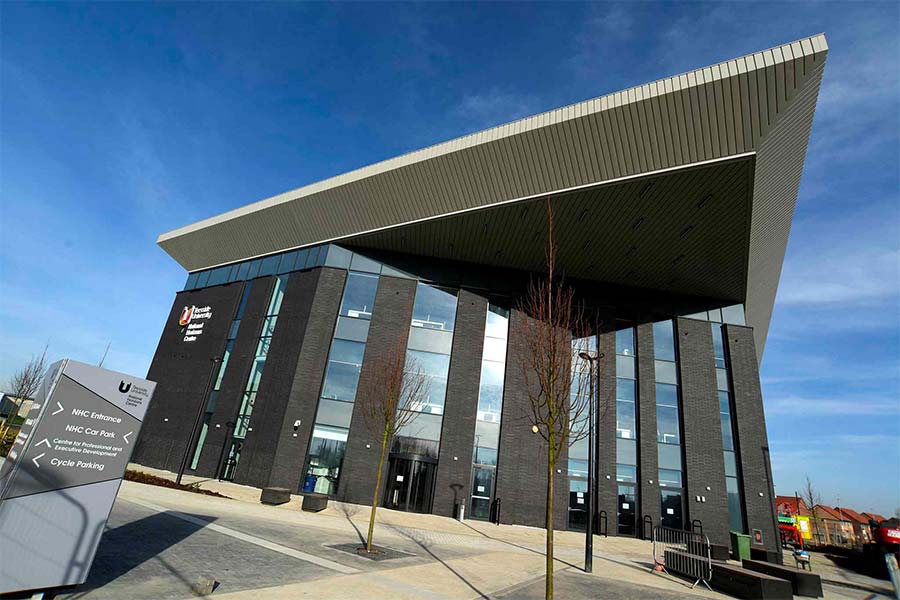 Located about an hour’s drive north of Leeds, Darlington played an important role in the development of the United Kingdom’s railway system during the 19th century. Dr. Gillian Taylor, principal lecturer, National Horizons Centre, Operational Management in the School of Science, Engineering and Design, Teesside University, notes that Darlington’s role as one of the “great historical workhorses” of the U.K. makes it an appropriate place for new innovations in science and technology.

The northeast of England is home to major bioprocessing companies such as Fujifilm and GlaxoSmithKline, which benefits the university as they prepare their students and postgraduates for the workforce, says Taylor.

“We’ve signed a memorandum of understanding with several of those companies and we work with those companies to develop our courses,” she says. “We have The National Biologics Manufacturing Centre five minutes’ walk from our doorstep, which makes it a really great collaboration as well.”

“I think the building itself is just so exciting because it's got the teaching, research, and business angles,” Taylor adds. “The business engagement part is key to our university.”

A main goal of Teesside University, says Taylor, is to “train students to become competent graduates,” adding that the institution pairs postgraduate and undergraduate training with research, “with great vision for our business engagement.” She adds that Professor Jane Turner, pro vice-chancellor, and Professor Stephen Cummings, dean of the School of Health & Life Sciences at Teesside University, were crucial in developing these lab facilities.

The National Horizons Center is a short walk from a major train route from London to Edinburgh, allowing easy access for domestic partners who might be doing business in a city like Manchester, or international partners who fly in even for just a day.

One of the things the design team was very keen on, says Taylor, is how the name of the building reflects the facility’s values and goals, as students and graduates consider their futures as they look out of the building toward the horizon.

“It’s about getting the enthusiasm, the expectations of what they can achieve,” she says.

The whole process behind the facility was quick—groundbreaking began in January 2018, and the project was completed in February 2019. The staff then spent about three months installing and commissioning the analytical equipment, and undergoing training.

“When we started developing the lab designs, it was great because we had a very close relationship with our building concepts. They helped us worked through some very complicated designs,” says Taylor. 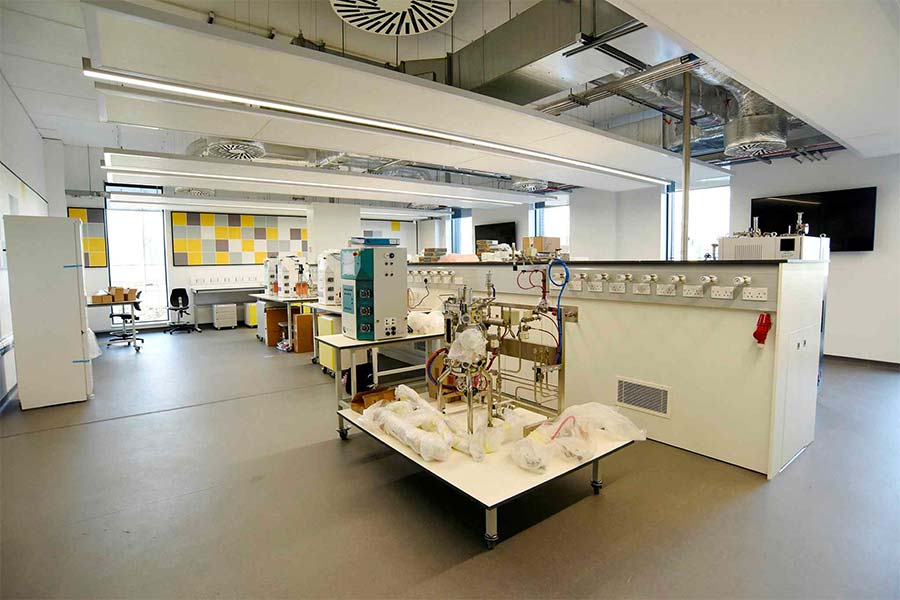 Another hurdle, she says, was incorporating complex laboratory equipment into the space without cluttering the room or impeding the researchers’ work, and also maintaining an attractive aesthetic. The National Horizons Centre laboratory is home to very advanced equipment, including a SELECT SERIES Cyclic IMS System. The IMS, or ion mobility-based mass spectrometer, enables imaging of biomolecules and is utilized to determine determining molecular targets for drug development. One of only a few in the world, this instrument will be the only one in Northeast England.

“The supporting infrastructure that’s required for complex lab is in itself challenging … challenging to make it look like it’s not even there,” she says. “We don’t have gap cylinders, we don’t have the pumps on show, it’s all hidden … to make the laboratory work more efficiently.”

“It looks and feels like a very modern clean laboratory space,” Taylor adds.

Collaboration, Taylor says, was a main focus of the design/build process behind the entire National Horizons Centre.

“It makes it a really vibrant building to be working in because everybody’s doing lab work, everybody’s engaged in the research,” she said. “Then they can use other offices to sit and do meetings.”

Flexibility is another important factor to encourage collaboration between researchers, students, and staff who might not otherwise interact. Taylor describes how the center houses an atrium space in the center where people can gather for coffee and conversation, and how glass walls enable passers-by to see what kind of research is going on. 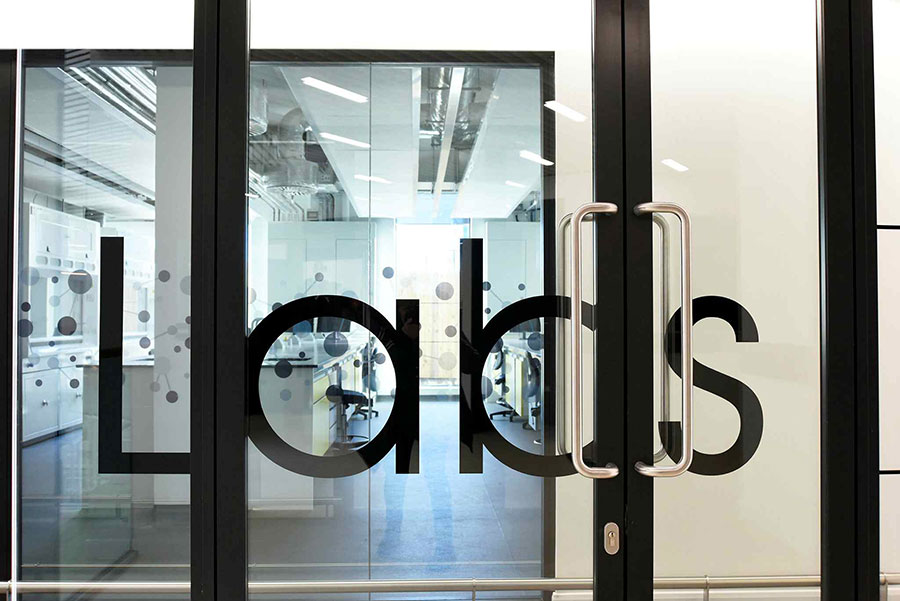 A look inside the labs at the National Horizons Centre.CREDIT: TEESSIDE UNIVERSITY

“Within this building we have a lot of capabilities,” says Taylor. “To have that in one small footprint is absolutely fantastic. That capability is not seen in a lot of universities and it brings together scientists that don’t often work together.

“That collaboration potential from different angles—bringing them together in one small unit is absolutely key to the success of major projects.”

An Overview of Ion Mobility Spectrometry

An Overview of Ion Mobility Spectrometry