Yale University is one of the oldest institutions of higher education in the United States. The area that now houses many of the university's research buildings was purchased by Yale in 1910, and several of those facilities were constructed between then and the decade following World War II.

To usher in a new era of research and discovery, the school will open its Yale Science Building on Oct. 30, 2019. The multifunctional laboratory building stands on the footprint of the J.W. Gibbs Science Laboratory, built in 1955 as the first modernist building on Science Hill, a precinct of Yale dedicated primarily to physical and biological sciences. The Gibbs Lab eventually become outdated and leaked in wet weather, so in 2017 it was demolished to make way for the Yale Science Building.

The interiors and structural features of YSB were designed by Stantec. Pelli Clarke Pelli Architects handled the façade and public spaces.

“The building had fallen into disrepair and was quite old—it wasn’t quite adequate for outfitting labs like people expect today,” said Mariko Masuoka, Design Principal with Pelli Clarke Pelli Architects in New Haven, Conn.

“The charge was to first demolish Gibbs and, in its place, replace it with a science building called Yale Science Building which had a larger footprint that would accommodate biology, plant biology, molecular biophysics and biochemistry, MCDB (Molecular, Cellular and Developmental Biology), and a new department called Quantitative Bio. That is a program which combines a computational research area and wet labs—it has some space for computational researchers, some space for wet labs, and then it has in the center a collaborative gathering space,” Masuoka continued.

At seven stories tall and nearly 240,000 sq. ft., YSB is designed with an Energy Use Target 50 percent lower than the average for other Yale labs. It spans two floors below ground and five above, including a concourse level extending beneath the Kline Biology Tower plaza. The building incorporates chilled beam technology, and the temperature and humidity settings are adjusted during non-business hours to save energy.

“We tried to utilize as much vision glass as possible within the energy requirements for shading,” added Masuoka. 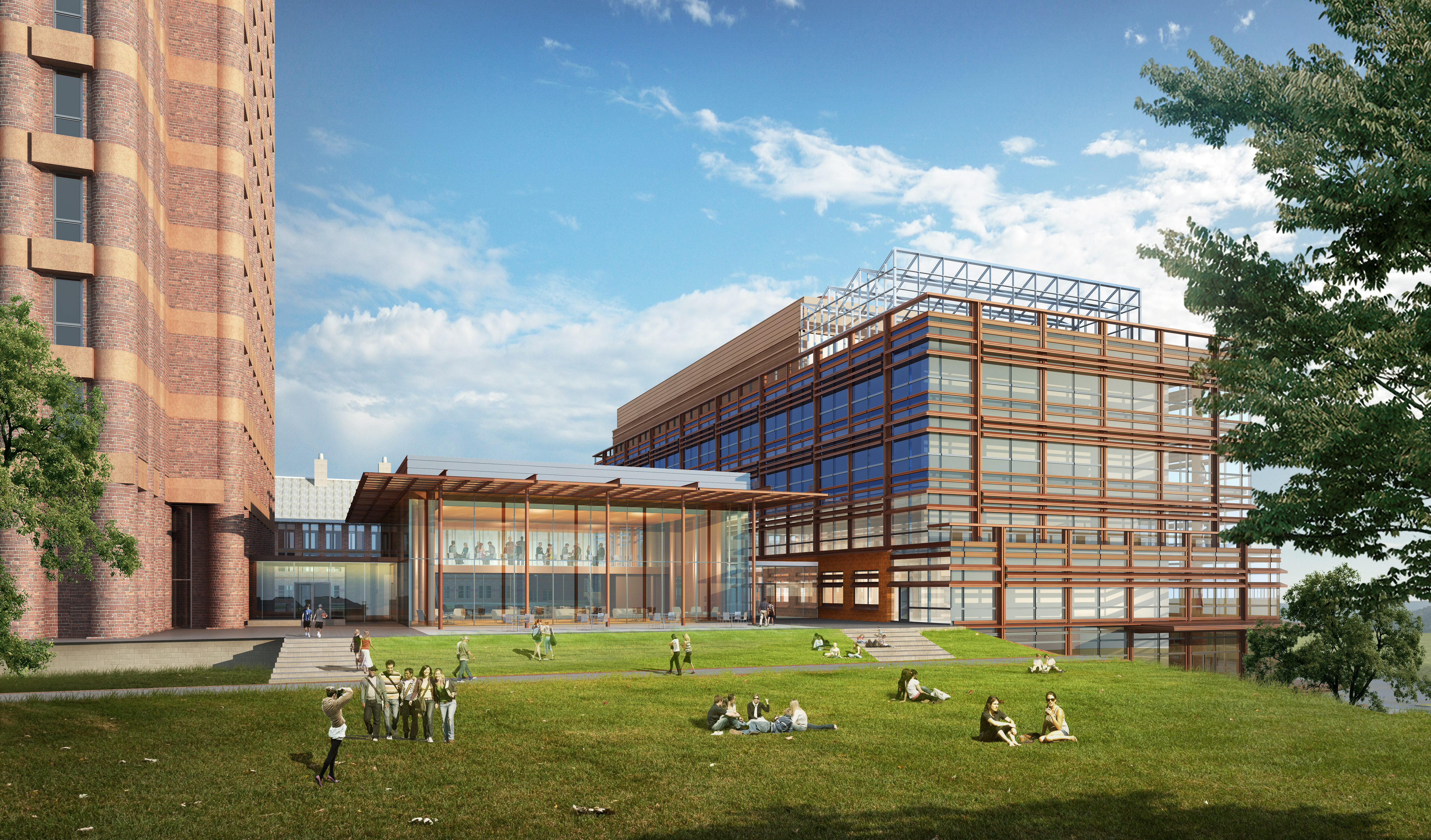 Building occupants are provided with resources and user manuals about the facility’s sustainability features. Sensors monitor lab occupancy in order to maintain “comfort zones,” which are relaxed if lab spaces remain vacant for more than 10 minutes. Lighting sensors also monitor the labs to ensure that lights aren’t left on when no one is present. Open labs are divided into zones in order to control lighting, temperature, and air flow.

The YSB is equipped with multiple water bottle filling stations, and the toilets and urinals utilize reject water from a reverse osmosis system and HVAC condensate in order to flush. Greenhouses accommodating a suite of climate-controlled growth chambers are located on the roof. LEED Gold certification is anticipated. 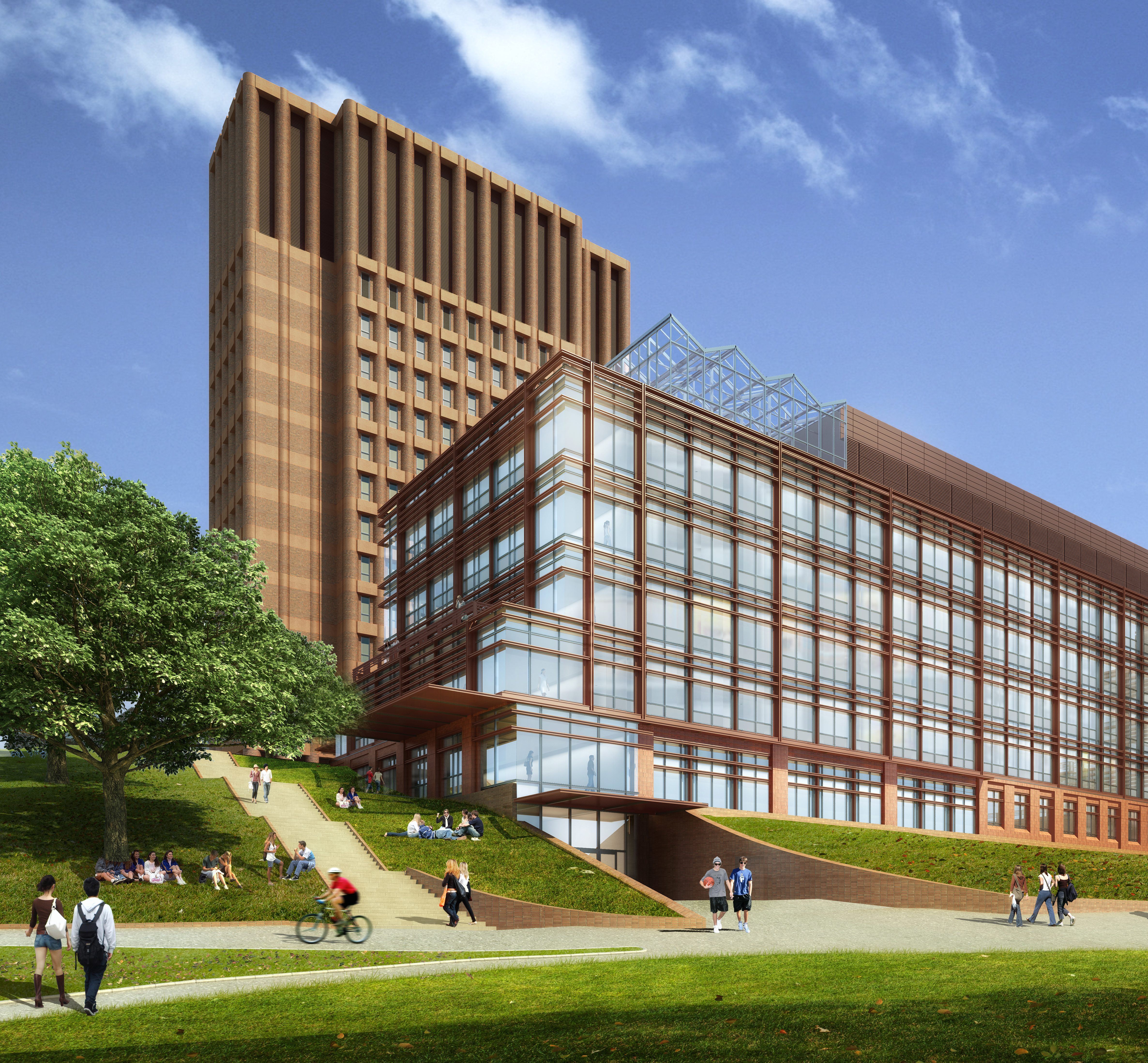 Masuoka believes the Yale Science Building project will do a lot to foster collaboration between researchers on Science Hill, a component of Yale University that has historically been isolated from the main campus. The new state-of-the-art research space offers direct physical connections between different departments, as well as increased connectivity between physics and chemistry. The building’s proximity to other Science Hill buildings offers opportunities for interdisciplinary collaborations. Both teaching and social areas are found within YSB, serving as focal points for researchers and students.

The open labs are also intended to promote collaboration between different departments. Yale Science Building offers shared instrumentation cores supporting fundamental work in the life sciences, accessible to researchers. The facility houses a total of 45 investigator-based labs. One of them, for example, is The Biovisualization Imaging Center, which houses confocal microscopes and cryo-EM equipment. Another is the Insectary for Global Solutions, which studies the spread of infectious diseases.

The project served another purpose—renovating program space under Science Hill Plaza, and offering a new Plaza Pavilion to serve as a central social and gathering space on Science Hill. The goal is to make Yale’s science campus a destination in its own right, by using public spaces for socialization, academic discussions, and catered events. A 500-seat lecture hall is also included as part of the design. 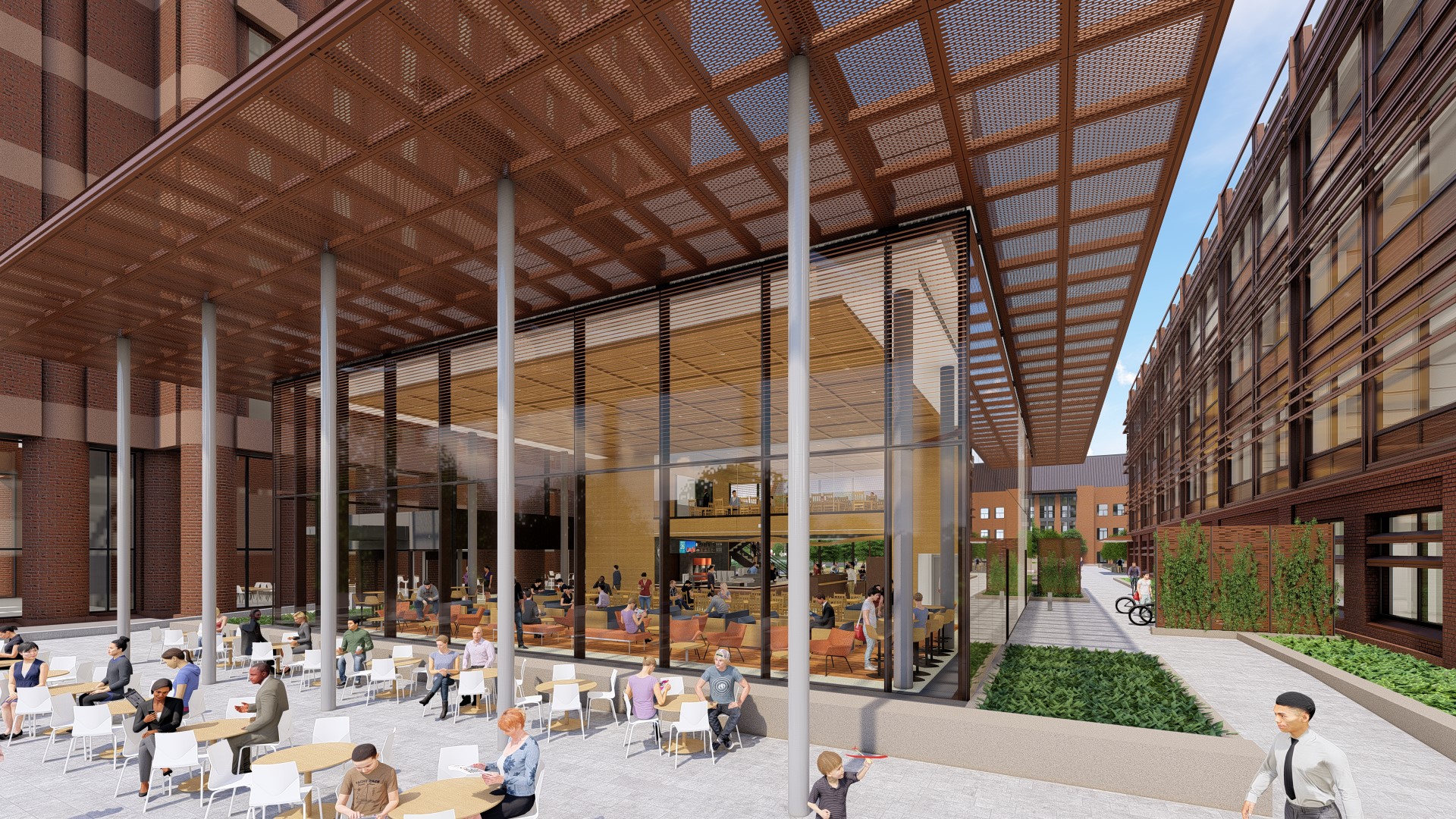 The Pavilion - a view from the outside looking in.CREDIT: COURTESY OF PELLI CLARKE PELLI ARCHITECTS

Masuoka explained how the project team excavated the existing Kline Bio plaza, and how they constructed new vibration sensitive physics labs and imaging labs. An above-ground pavilion links YSB to the Kline Biology Tower and completes the Science Hill quad, which is also comprised of Sterling Chemistry Laboratory and the Bass Center for Molecular and Structural Biology.

“All of that was below grade but the significance is that it connects all the buildings on Science Hill undercover on the same level—it creates a more connected campus for the Science Hill area,” she said.