Lab planners and designers are often asked to “do more with less,” by keeping a lab’s footprint small yet packing it full of vital equipment and furniture in order to get the job done. MaryBeth DiDonna, lab design editor, speaks with Cy Henningsen, associate with HERA laboratory planners, about how compact lab equipment can be used to help create an efficient lab space, where every square foot counts.

Q: What are some of the features of compact lab equipment? In other words, what exactly makes lab equipment "compact"—is there some sort of standard that determines this?

A: “Compact lab equipment” isn’t a term I’ve heard. Certainly many pieces of equipment have gotten much smaller over time. For example, electron microscopes, which once took up an entire 10 ft. by 10 ft. room, are now benchtop equipment. But I don’t think there is a set definition of what constitutes “compact lab equipment.” 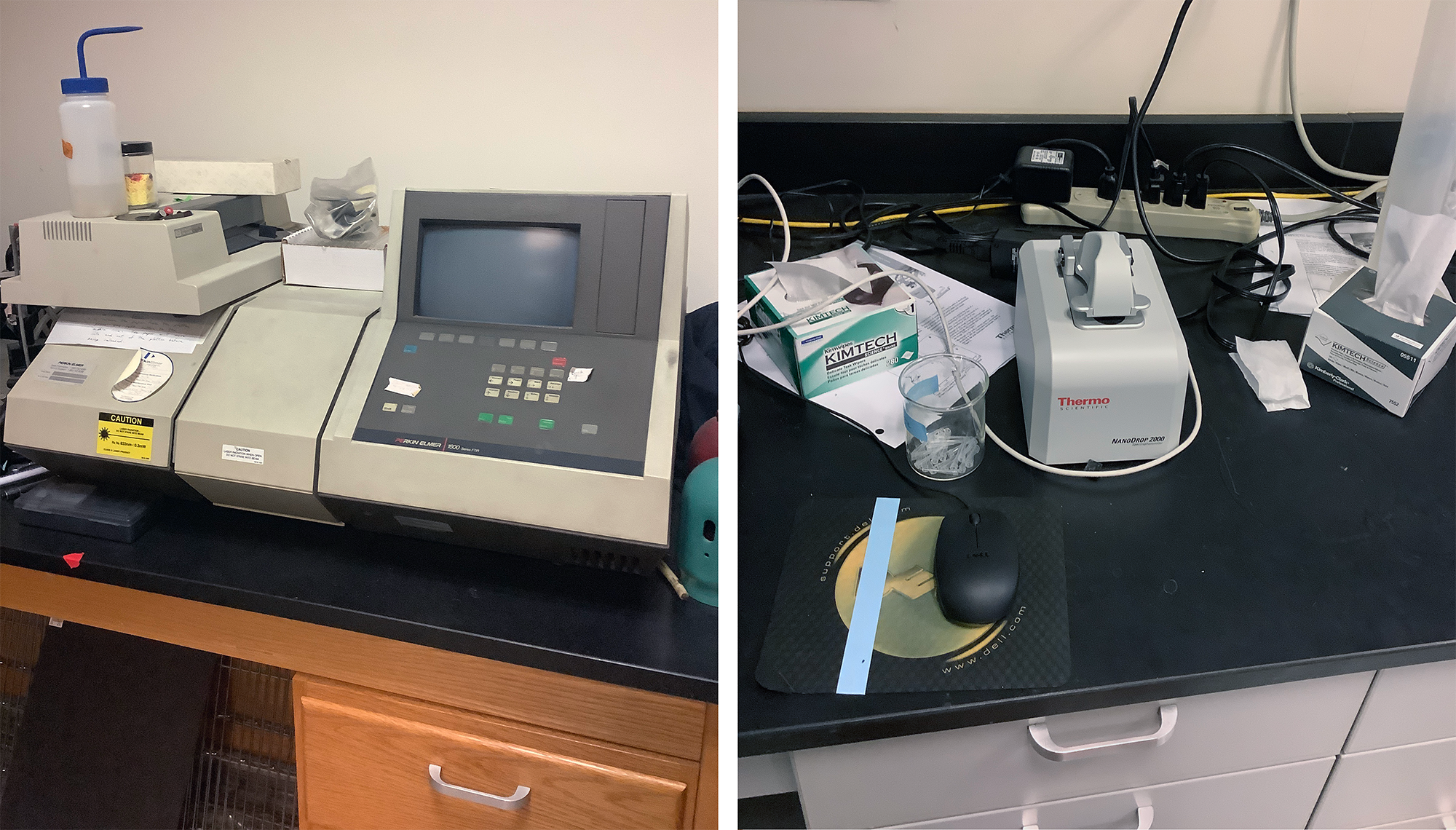 Q: What are the advantages of compact lab equipment in a lab design plan?

A: When HERA designs labs, we plan for the specific pieces of equipment we know about, [as well as] future changes and growth. So, we might plan for both a 120-volt electrical outlet and a 208-volt electrical outlet where a freezer could be located. In this way, electrical power would be available for a wide variety of freezers, from a standard refrigerator/freezer combo unit using 120 volt power, to an ultracold -80 degree C freezer, which often uses 208 volt power. So in that way our lab design is not particularly affected by a piece of equipment being compact or not.

On the other hand, smaller equipment does change how we plan some spaces. The standard countertop depth in most labs is 30 in. deep. We sometimes provide custom countertop depths—say, 32 in. or 34 in. deep at some benches as needed—for deeper equipment. Deeper benches cost the manufacturer more to fabricate, and so that increases the cost of the project. Deeper benches also generally have a longer lead time to make. If equipment shrinks in size (especially how deep it is), we wouldn’t need to plan for a deeper bench, and this lowers the construction cost.

Renovations is where compact equipment can really make a difference. Most labs built recently have 36 in.-wide doors, but labs in older buildings may have 30 in.-wide doors. Thirty inches is fine for the vast majority of equipment, but larger items such as larger environmental chambers or analyzers aren’t going to fit through a 30 in. door, requiring the doorway to be widened—which adds cost to a project or that item simply not being to be in that space. If the room where you want the equipment to be placed is on an upper floor, the size, weight capacity, and doorway opening size of an elevator can also be a limiting factor. Existing countertops may only be 24 in. deep, or may not be able to hold up heavy items. Smaller, lighter equipment may mean a space doesn’t need to be renovated.

Q: How can the project team work with the lab management/facility owner team to determine whether compact lab equipment is the best choice for their lab?

A: Cost is a major factor. Does a compact version of a piece of equipment cost more than the standard version? It might be cost effective to remove some existing built in counter, put in a robust table, and purchase the standard sized equipment, compared to the increased cost for the compact unit.

Q: What else do lab managers and project teams need to know when working with compact lab equipment in a lab design plan?

Q: What are some examples of lab equipment that has gotten smaller within the past 15 years or so?

A: I can think of a number of examples: