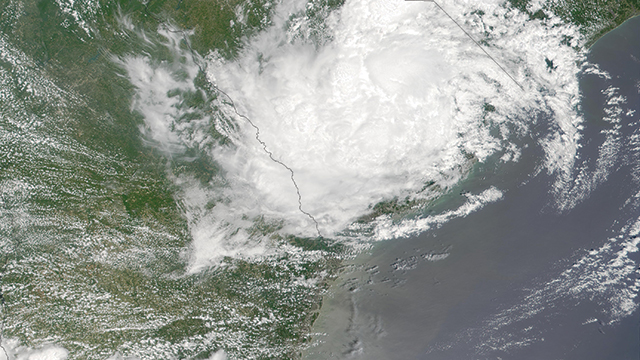 Tropical Storm Allison hit the Houston metropolitan area on June 5, 2001, proving that storms do not need to be hurricanes to cause tremendous damage to research facilities. The storm dropped 32 trillion gallons of water, causing deadly flooding. Thirty-three thousand people needed emergency shelter after Allison, and there was $5 billion in damage. Approximately $1.5 billion of the damage was to the Houston Medical Center.1 The University of Houston Medical School experienced severe flooding. The basement of the Medical School building was completely filled with water, as well as halfway up the first floor. This resulted in the massive loss of research animals, which were housed in the basement. In addition, elevators were no longer functional, resulting in an inability to get liquid nitrogen supply tanks to laboratories located on upper floors. The flooding destroyed backup generators, which were also housed in the basement, leaving liquid nitrogen auto-fill units and -20 and -80 freezers without any power. This led to enormous loss of valuable, irreplaceable research samples, reagents, and cell lines. I was a laboratory manager for a large research lab located in the Medical School building when Allison hit Houston. Many lessons were learned during this event and from subsequent years of experience working in medical research laboratories in both Houston and Miami. 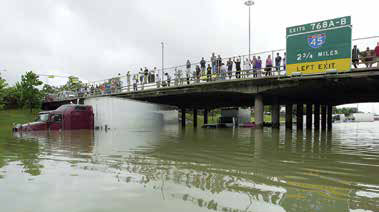 Houston experienced massive flooding as a result of Tropical Storm Allison, resulting in flooded streets and highways, preventing staff from getting to work to check on their laboratories. Preparing a research laboratory for a disaster is essential in allowing research to continue once the disaster has passed. Disasters include severe weather emergencies, but these are not the only disasters to which research laboratories are vulnerable. Fire is also a big risk for research labs, particularly those that store large amounts of flammables, and a risk that many labs often overlook, particularly those located in areas that are not vulnerable to severe weather emergencies. This article aims to address what research laboratories can do before an emergency strikes to better prepare themselves and protect their samples and their data.

It does not take long to be well-prepared, and a little time put into preparation now could save decades of research data and samples down the road. As we head once again into hurricane season, preparedness for research institutions in coastal communities could not be timelier. Many of the steps listed below are geared toward disasters that come with some degree of warning, but several of the steps are equally useful for disasters such as earthquakes and fires, which provide little or no advanced warning.

Here are the steps I recommend to all the labs I oversee to prepare for disasters:

Taking a few simple steps now can protect your research from devastating loss in the future.

Ergonomic Risk Factors in the Lab

Ergonomic Risk Factors in the Lab