A research technician enters a freshly decontaminated sterilization room to prepare or collect implements for research procedures. Almost immediately her nose and throat feel a tingling irritation, then she begins coughing and feeling a shortness of breath. In a few minutes she begins experiencing a stinging sensation on her skin, and her eyes are watering and burning to the point that seeing is difficult. She is trying to find the door to get out and thinking that she didn’t see or smell anything out of the ordinary upon entering the room. What went wrong?

Vapor phase hydrogen peroxide decontamination technology is relatively new, having been available since 1991.1 Vaporized hydrogen peroxide (VHP), or hydrogen peroxide vapor (HPV), is gaining popularity, and we are seeing rapid expansion of its use in everything from biological safety cabinets to animal rooms. In fact, HPV is challenging formaldehyde, a widely used sterilizing agent with many associated hazards, as the sterilizing agent of choice, and you can easily find information on its use for equipment decontamination, its efficacy and material compatibility, and some of the pros and cons of HPV compared to formaldehyde.

Most of us have heard of hydrogen peroxide and probably purchased it occasionally at the local pharmacy. Maybe your mom used it to clean out a small wound, cut, or scrape when you were a child. The commonly sold over-the-counter (OTC) product is typically a 3 percent aqueous solution of hydrogen peroxide. The product used in vapor phase hydrogen peroxide decontamination is much more potent. Solutions used in typical VHP decontamination processes contains more than 30 percent hydrogen peroxide, or at least 10 times more than the OTC product. The concentrated hydrogen peroxide is vaporized in self-contained portable generators using proprietary and patented methods. These generators are available from a couple of different companies and in several configurations depending on the size of the room or equipment to be decontaminated. Most applications involve sterile manufacturing and/or packaging of pharmaceuticals or medical devices; the VHP generators are relatively small and operate in a closed-loop system. The goal here is to prevent contamination of products by environmental microorganisms.

Research applications can run the gamut from decontaminating tools or equipment before removal from biological safety level 3 or 4 laboratories to entire rooms. Work usually involves pathogens, and the primary concerns are to protect the researchers and to prevent cross-contamination between experiments. Reduction of environmental microbial contamination can also be targeted in the case of care and breeding of specific pathogen-free animals. When large rooms are decontaminated, the ventilation system is used to maintain the desired pressure balance and to aid in the decontamination cycle. Usually the fresh air makeup is shut off, and in many cases the air handling system is used at the end of the cycle to flush out the room. Regardless of the configuration and construction materials used, the room must be well sealed during decontamination to prevent exposure of workers in adjacent areas.

As the use of VHP technology expands to larger and larger facilities, our opening scenario comes into the realm of possibilities should a worker inadvertently enter a room during the conditioning or decontamination phase or a self-contained system develops a leak. Overexposure to HPVs can cause serious health effects. It is colorless and odorless. Detection through a bitter taste is possible, but this is noticeable only at concentrations that are considered hazardous. Hydrogen peroxide is extremely irritating and corrosive, especially to mucous membranes such as those of the eyes, nose, throat, and lungs. Inhalation is the primary exposure route. Contact or exposure to concentrations as low as 7ppm can produce eye, skin, and pulmonary irritation and bleaching of the skin and hair. Prolonged exposure or high concentrations can produce burns, blistering, and severe permanent eye damage that could result in blindness. Systemic toxicity following extremely high exposure can result in nausea, diarrhea, and central nervous system effects such as headache, dizziness, numbness, tremors, and unconsciousness2,3

According to the American Conference of Governmental Industrial Hygienists (ACGIH), hydrogen peroxide is a confirmed animal carcinogen with unknown relevance to human carcinogenicity. In other words, experimental animal studies indicate evidence of tumorigenisis, but available epidemiologic studies for exposed humans do not confirm an increased cancer risk. Evidence currently available suggests that hydrogen peroxide is unlikely to cause cancer in humans except under uncommon or unlikely routes or levels of exposure.4

Given the associated hazards of hydrogen peroxide, the ACGIH, OSHA, and the National Institute of Occupational Safety and Health (NIOSH) all have set an average daily occupational exposure limit of 1 ppm. NIOSH and at least one material safety data sheet recommend use of supplied air respirators or self-contained breathing apparatuses for concentrations above 10 ppm. Concentrations above 75 ppm are considered immediately dangerous to life and health. Recalling our typical decontamination levels of 1,000 ppm or more, we must ensure worker safety. The major manufacturers of VHP equipment offer specific training for operators and safety. These are highly recommended and in fact may even be required with purchase by some manufacturers. Operators should check the equipment for damage and proper function prior to each use. Safeguards in the form of specialized lockout/tagout procedures must be in place and strictly followed during the decontamination cycle. All workers with access to the equipment enclosure or room as well as those working in close proximity must have hazard awareness training on hydrogen peroxide. The minimum personal protective equipment for operators includes full-cover protective clothing (e.g., Tyvek), rubber gloves, and chemical splash goggles.

VHP has many advantages over widely used sterilents such as formaldehyde and ethylene oxide, but it is not without hazards. Studies have shown it to be very effective for bio-decontamination; compatible with most materials, including electronics and sensitive equipment; and cost-effective. Combining comprehensive health and safety procedures with VHP can prove an efficient decontamination technology. 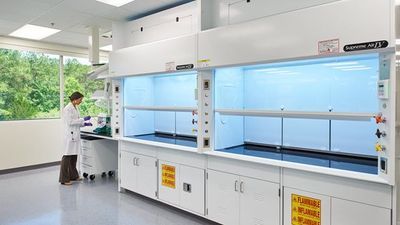 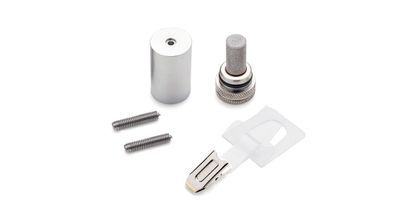 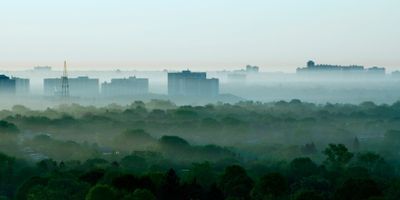 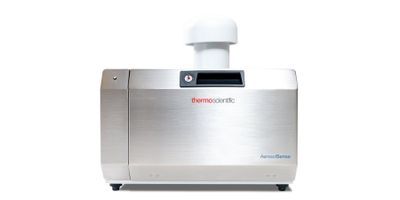