Top 5 Things You May Not Know About HPLC Columns

1. The first chromatography column was developed by the Russian botanist Mikhail Tsvet who, in 1901, washed an organic solution of plant pigments through a vertical glass column packed with an adsorptive material. He discovered that the pigments separated into a series of discrete colored bands on the column, divided by regions entirely free of color.

2. Column chromatography was popularized during the 1930s when the chemists Richard Kuhn and Edgar Lederer successfully used the technique to separate a number of biologically important materials.

3. In 1938, Harold C. Urey and T. I. Taylor developed the first ion exchange chromatography column based on a zeolite stationary phase. This technique allowed, for the first time, the separation of particles based on their charge.

4. In 1941, the concept of using water as a stationary liquid supported on inert silica in conjunction with a mobile chloroform phase was developed by two British chemists, Archer Martin and Richard Synge. Their design enabled the solute molecules to be partitioned between the stationary liquid and the mobile liquid phases, improving separation. Martin and Synge were instrumental in the development of increasingly sophisticated chromatographic techniques during the 1940s and 1950s.

5. In 1942, ion-exchange column chromatography was used to great effect during the Manhattan Project to separate elements such as uranium fission products produced by thermonuclear explosions.

For the Top 7 Questions to Ask When Buying HPLC Columns, click  here

LC-MS-based workflows to be developed with the expert insights of Cedars-Sinai’s physicians and clinical research scien... 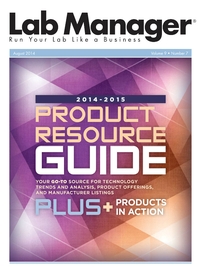