Genevac report on a paper by UK researchers** describing use of its miVac DNA concentrator to provide reliable and efficient sample preparation in the development of a novel forensic method to detect diclofenac residues in vultures and livestock animals. 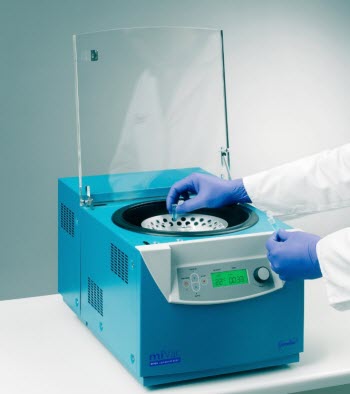 Diclofenac is a non-steroidal anti-inflammatory drug that is extensively used to treat pain and reduce inflammation in humans and animals. Traditionally, livestock carcasses on the Indian subcontinent and in Africa have been left out by the millions for scavengers, particularly vultures, to consume. Over the last decade several species of the vultures that were the primary consumers of these carcasses face extinction, with diclofenac residues in the livestock carcasses implicated in the cause.

To address the difficulty in collecting samples from long dead livestock and vultures—a new GC-MS method, which could detect diclofenac residues in long-lived keratinous matrices, was developed to enable long-term monitoring and conservation work. The method comprised extracting samples of hair, nails and feathers in methanol overnight, drying down the extracts and derivatising with N,O-Bis(trimethylsilyl)trifluoroacetamide with 1.0 % trimethylchlorosilane (BSTFA 1.0 % TMCS) and ethyl acetate prior to GC-MS analysis.

Initially extracted samples were evaporated to dryness at 40ºC under a steady stream of nitrogen in a block heater. However, this method was time-consuming, inconvenient and results lacked uniformity.

Due to the problems the researchers developed a sample concentration methodology using a miVac DNA concentrator. The researchers report in the paper that using the miVac DNA concentrator, they were able to dry 44 samples in approximately 15 minutes, a great improvement on the nitrogen blow down system. There were no incidents of partial or incomplete drying, eliminating anomalous results due to poor or incomplete derivatisation. In addition, as the miVac runs free from operator attention and requires no consumables, it is a much more suitable laboratory tool for use in areas were the supply chain of scientific materials may be weak.

The miVac DNA concentrator from Genevac is capable of safely and efficiently removing water and organic solvents from biological samples in a variety of formats including tubes, microplates and vials. The miVac DNA system is very simple to use. The “select & set” single control knob control enables even new users to obtain excellent results first time and every time. To improve performance there are built-in stored methods for concentration of water and water / alcohol based samples, which optimise concentration time.