Genome editing has been dubbed one of the biggest science stories of the last several years and a catalyst for driving breakthrough discoveries. Yet the mere existence of genome editing technologies such as CRISPR is not what will advance science. To realize the full potential of genome editing, we need greater access, availability, and ease-of-use. Fortunately, technology development is already making experimentation easier and more efficient. The aim of many of the new tools is to allow scientists to carry out research such as creating mutations in cell lines, even if they aren’t dedicated genome engineers.

For example, Simone Treiger Sredni, MD, PhD, associate professor of Pediatric Neurosurgery at Northwestern University and a cancer researcher at Ann & Robert H. Lurie Children’s Hospital of Chicago, capitalized on the power of CRISPR for functional genomics screening by volunteering for a beta test of Thermo Fisher Scientific’s LentiArray CRISPR libraries, available for research use only (RUO). Using pre-defined libraries of CRISPR-Cas9 reagents to assess how the new set of tools can be used to rapidly identify potential therapeutic targets and understand complex biological pathways in cancer, her team found a potentially novel strategy for treating a highly aggressive type of pediatric brain cancer called atypical teratoid/rhabdoid tumor (AT/RT).

AT/RT is the most common malignant brain tumor in infants under three months old. Current treatment protocols include up to eight chemotherapy drugs plus radiation (when age permits) and surgery. Sredni aims to find more effective and less toxic treatments for AT/RT. In a significant feasibility study, her team knocked out 160 kinases in a rhabdoid tumor cell line and found an inhibitor that impaired tumor cell growth and migration.

“We wouldn’t have found this specific kinase using high-throughput genomics studies,” said Sredni. “This biomarker never appeared in my previous research, probably because the level of expression wouldn’t have been high enough to be detected though biostatistical analysis. Using CRISPR, we were able to functionally evaluate the loss of activity of this specific kinase and detect the effect of a slight loss of expression in the affected cells.”

After identifying a kinase inhibitor, Sredni’s team is now testing its efficacy in a mouse model, and the initial findings have been promising.  If further research continues to verify the drug’s effectiveness and safety, Sredni will start moving toward clinical trials.

“The tumors I study are notoriously unresponsive to therapy, and the drug we are testing, discovered with the help of CRISPR genome editing technology, has the potential to provide a new therapeutic avenue for children with this disease,” said Sredni. “I have never felt so close to making a contribution that will improve the prognosis of these young patients.”

Sredni’s work is just the tip of the iceberg for what can be accomplished using newly available tools for genome editing. Thermo Fisher is also conducting a multi-year collaboration with a global biopharmaceutical business developing and incorporating LentiArray CRISPR libraries into the company’s screening workflow. The library screening platforms promise to provide a sharper tool than RNAi in identifying targets for future therapies.

It’s important to note that the democratization of genome editing isn’t just about enabling access to one type of technology. It’s about matching researchers with the best available tools to power their experiments. CRISPR is just one such tool; TAL effectors, another genome editing technology offered by Thermo Fisher, can also be used to support the knock-in workflow, and they offer a major advantage in that they can be designed to efficiently cleave essentially anywhere in the genome, getting the activity closer to the mutation of interest than is often possible with CRISPR.

As the field continues to advance, the development of new tools will make genome editing technologies more functional for experts and more accessible for beginners. With solutions to support the entire genome editing workflow, researchers will find the process more efficient both upstream and downstream. On the surface, it’s easy to envision how the availability of user-friendly solutions will help maximize productivity in the lab, but the democratization of genome editing isn’t just about efficiency. It’s about empowering new discoveries with the potential to change science. 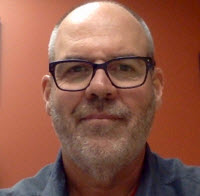