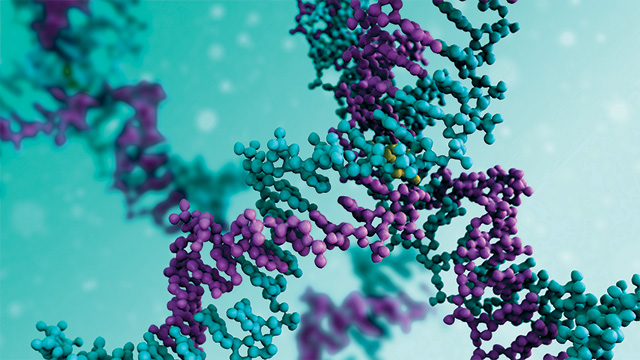 Computer modeling and simulation, also known as in silico modeling, has become a vital part of the drug development process. It has progressed beyond being a scientific nicety and is now considered a regulatory necessity.

Widely adopted by biopharmaceutical companies and regulatory agencies worldwide, it is used throughout the research and development (R&D) process from discovery through the preclinical and clinical phases, and ultimately to evaluate new drugs and biologic applications. It is also employed to inform new drug labels, including potential drug-drug interactions, dosing regimens, and data about new populations, once products are approved to go to market.

Modeling and simulation can help guide critical decisions around dosing and toxicity, efficacy and mechanism of action, clinical trial design and cohort selection, and commercial probability of success as compared with existing therapies or others in development.

US Food and Drug Administration (FDA) Commissioner Scott Gottlieb, MD, announced on July 7, 2017, that under the 21st Century Cures Act, the agency will be “investing in, and will be expanding on…the use of in silico tools in clinical trials for improving drug development and making regulation more efficient.”1

One of modeling and simulation’s greatest strengths is its ability to determine the most appropriate drug dose for vulnerable populations—such as pediatric patients, pregnant women, oncology patients, those with rare diseases, and patients with either impaired organ function or a compromised immune system—on which drugs cannot be tested.

There are numerous practical, ethical, and legal reasons why pregnant women and pediatric patients rarely participate in clinical trials. As a result, clinicians do not have access to a recommended drug dose to prescribe for them. In many cases, they must extrapolate from the existing adult dose and use their best clinical judgement to decide on the most appropriate dose. The situation is especially complicated with pregnant women because clinicians have to consider the potential impact of the drug on both the mother and the fetus. They also have to factor in the changes that occur to the pregnant woman’s physiology and absorption, distribution, metabolism, and excretion, which vary by trimester. These changes can result in the level of active drug in a pregnant woman’s body being significantly lower or higher than usual, potentially producing a subtherapeutic dose or a toxic one.

Establishing recommended drug doses for pregnant women is still a largely unmet medical need. The Centers for Disease Control and Prevention reports that less than 10 percent of medications approved by the FDA since 1980 have sufficient information to determine their risk for birth defects.2 Furthermore, most pregnant women are prescribed one drug during their pregnancy, and half of them take four or more.3 They could be drugs to treat a preexisting illness, a newly acquired bacterial or viral infection, or a pregnancy-related condition.

It would also not be possible to investigate in clinical trials all the drug-drug and drug-food interactions that could potentially occur in patients with comorbidities, or patients with complex diseases such as cancer or HIV infection, who receive polypharmacy.

In addition, it can be difficult to perform clinical trials for rare diseases, including many types of cancer, due to the small number of patients and the fact that they are often geographically dispersed. It can be especially difficult to identify patients who have not received alternative investigational medications. The issue around patient identification was recently highlighted in the New York Times, in an article titled “A Cancer Conundrum: Too Many Trials, Too Few Patients.”4 Modeling and simulation can be leveraged to separate the wheat from the chaff with regard to R&D investment.

Modeling and simulation has proven to be an effective solution when it is impractical to conduct specific clinical trials. It allows “what if ” questions—such as evaluating potential drug-drug or drug-food interactions or the impact of a change in clinical trial design—to be answered in virtual patients, while minimizing the use of human subjects. It also maximizes the predictive value of the limited clinical trial data available.

Pharmacokinetic/pharmacodynamic (PK/PD) modeling has essentially become a required element in the study and approval of most novel drugs. In the preclinical phase, modeling and simulation is used to support first-inhuman dose justification, translate from animal to human data for safety and efficacy, and assess cardiac risk failure. From phase 1 through proof of concept (POC), it is used to model the time course of the disease, the compound effect, and the effect of different patient variables. It is used to support strategies to evaluate proof of mechanism and optimize clinical pharmacology requirements including drug-drug and drug-food interactions. Assuming a compound has progressed through POC, modeling and simulation is leveraged to evaluate population PK and exposure-response design, optimize alternative formulations, perform comparative effectiveness analysis, and provide a quantitative basis for final dose and dosing regimen.

Proprietary whole-body modeling and simulation technology can demonstrate how small-molecule and biologic drugs will behave in the human body (PK) and how the body will respond to them (PD) based on laboratory-derived data. A population-based simulator also features unique genetic, physiologic, and epidemiologic databases that allow it to simulate virtual populations with different demographics and ethnicities.

This approach can also be used to conduct virtual bioequivalence (BE) studies. For example, the multiphase, multilayer skin model permits the virtual BE assessment of two drug formulations such as cream and gel, or the same formulation type with a different pH, viscosity, or base. These virtual BE studies also save sponsors both time and money.

To assist researchers in determining the most appropriate drug doses for pregnant women, the simulator includes a pregnancy model, which simulates drug exposure not only in the patient but also in her fetus and placenta.

This model reflects the physiological and biochemical changes that occur in the mother’s body during each trimester. Therefore, researchers can determine how systemic drug exposure would vary at different stages of the pregnancy, allowing the dosage to be adjusted accordingly.

Pharmaceutical companies are increasingly conducting virtual clinical trials in parallel with real-world ones, conducting the virtual trial first and allowing knowledge gained there to inform the real trial. This parallel development strategy can similarly be applied in the prediscovery, discovery, and preclinical research stages.

This method resembles a series of concentric circles in which information gathered from the virtual phase 1 trial is incorporated into the design for the real phase 1 trial. Then data generated from the real phase 1 trial is used to inform the virtual phase 2 trial, and so on. This paradigm does not have to follow the traditional linearity of drug development; for example, data from post-marketing information can be used to inform new drug discovery and translational programs.

This is a particularly powerful approach because testing drugs in virtual patients will always be less risky than testing in real ones. Of equal importance is the increased speed and reduced cost that the use of virtual trials affords. In most cases, modeling and simulation facilitates the simplification of trials, at lower cost. And in some cases, in vivo trials can be replaced by in silico ones.

Modeling and simulation is also starting to be used to determine the best drug dose for individual patients in clinical care.

This approach, which factors a patient’s unique genetic makeup and pertinent biomarkers into the model, is currently being employed to treat patients with complex cases in the hospital research environment in the US, UK, Europe, and Australia. These cases include patients who have undergone bariatric surgery, have received a cell or organ transplant, or suffer from a psychiatric disorder, complex infection, or rare genetic disease.

The goal of this form of precision dosing is to provide each patient with the right drug dose, which maximizes therapeutic benefit while reducing risk.

Modeling and simulation has an important role to play throughout the drug discovery and development continuum, improving decision making and removing some of the risk from the process. It helps to ensure that the correct go/ no-go decisions are made regarding new drug candidates, minimizing phase 2 attrition and making sure that chosen study drugs have the intended therapeutic benefit with fewer adverse effects.

During the next few years, as clinicians become increasingly comfortable employing modeling and simulation and adopting its recommendations, it is expected that precision dosing will enter mainstream healthcare.

Looking a little further ahead, it is predicted that every patient will have a personal avatar on which every health and wellness intervention can be tested before they receive it. Modeling and simulation promises researchers and clinicians the ability to deliver a truly personal healthcare experience to patients. 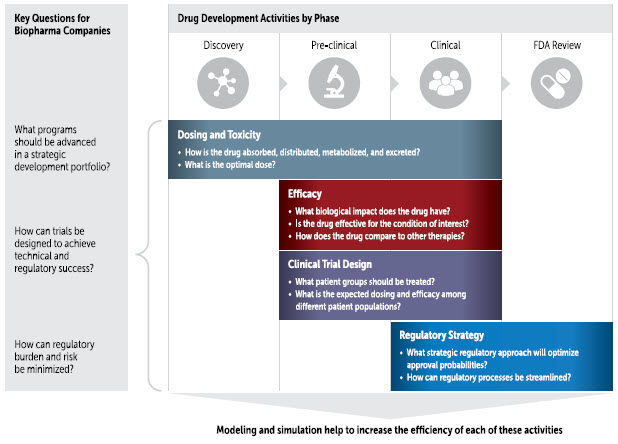