The mass spectrometry (MS) market continues to be one of the fastest-growing areas of analytical instrumentation. MS’s growing popularity can be explained by its ability to provide, in many cases, verifiable molecular weights and thereby positive identification of known molecules. For unknowns, MS fragmentation patterns help scientists piece the molecule of interest together, like pieces of a puzzle. The growing popularity of MS detectors for gas and liquid chromatography, despite adding significant cost over conventional detection modes, underscores MS’s utility and accessibility, even to technician-level operators.

As Steven Smith, PhD, senior director for MS product management at Waters (Milford, MA), explains, “An increasing number of assays performed as part of a regulated workflow require a mass spectrometer. If you want to sell your product, then you must use MS.” In this context, “selling” includes handing off data from one stage of product development to the next, such as pharmaceutical discovery to process development. 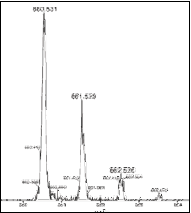 Mass Spectrometry: Driving the Superhighway of Analysis, a 2011 market study from Strategic Directions International (SDI; Los Angeles, CA), notes that sales of MS instruments fell in 2009 due to the recession, but have picked up briskly since then. SDI estimated 2011 sales at $3.9 billion; they are projected to hit $4.8 billion by 2014. Including the recession years, compounded annual growth between 2009 and 2014 is estimated at 7.9 percent—significantly higher than most other lab instrument categories.

Innovation and performance enhancements have accelerated as MS instruments have become commonplace, both as detectors for gas and liquid chromatography and as standalone instruments. “The latest generation of instruments … significantly outclass models that were introduced as little as a year before,” the study authors write. “Over the past 12 to 18 months, resolution performance has improved anywhere from 50 percent for Q-TOF LC-MS to 400 percent for LC-TOF models. Vendors also have been working to reduce or eliminate traditional trade-offs in performance, such as sensitivity versus scanning speed versus resolution, which have been a major marketing focus for many of the newest systems.”

According to the study, the top 2011 markets for MS as a percentage of global sales are the United States and Canada (38.1%), Europe (31.1%), and Japan (13.3%), followed by China and the Pacific Rim (11.5%). Industry sectors with the highest sales activity are pharmaceuticals and biotech (20.4%), government (18.5%), academia (12.6%), and environmental/general testing (9.4%). The remaining end-user markets, in order of importance, are electronics, food/agriculture, chemicals, and hospital/clinical.

Apart from the rise of chromatography-MS, laboratories are beginning to adopt “ambient ionization” techniques such as DART® (direct analysis in real time) for applications ranging from forensics to food safety. “In addition, high-resolution MS is becoming much more common with the availability of new, more easily accessible technologies such as time-of-flight (TOF),” observes Robert Cody, Ph.D., mass spectrometry product manager at JEOL (Peabody, MA).

DART’s ability to identify known or unknown contaminants, such as brominated fire retardants, slip agents from polymer processing that wind up in food, adulterated drugs, and active ingredients in herbal products, makes it particularly attractive. The technique’s main weakness, according to Brian Musselman, PhD, CEO of IonSense (Saugus, MA), a vendor of DART ionization devices, is it provides little or no physical separation. DART cannot distinguish among the various six-carbon sugars, for example, or cleanly isolate a target analyte from its milieu. “With DART, if you’re not looking for something, you won’t find it.” DART operates most efficiently, Dr. Musselman explains, as a super-fast, definitive screen for specific targets.

End-users interact with complex instruments and systems primarily through software that provides data acquisition and processing, instrument control, method development, and other vital functionalities. Whether positive or negative, as the software interface goes, so goes the user experience.

“Software is perhaps the biggest obstacle to its successful deployment of MS,” comments Kevin A. Schug, PhD, associate professor, Department of Chemistry and Biochemistry, the University of Texas (Arlington). Vendors, he goes on to say, find it necessary to accommodate an expanding, typically inexperienced user base. “But this too often sacrifices the ability to manipulate instrument parameters for exploratory research.”

While OEMs make up for the lack in this versatility gap with a la carte software add-ons, these can significantly add to system costs. “One can hardly fault the manufacturers for this,” Schug adds, “but offering individual research customers consultation on software customization would be a great idea.”

Some academic users, like Gavin Phillips, PhD, a research scientist at the Max Planck Institute for Chemistry (Mainz, Germany), take matters into their own hands. “I acquired my system from a small U.S. vendor, and the software was pretty basic, so I’m looking to write our own software using LabView [system design software] to get the instrument to do what we want in a more user-friendly manner.”

The variety and diversity of MS can overwhelm the uninitiated. The SDI report identified no fewer than sixteen instrumentation categories, each with its own abbreviations and acronyms. The actual number, when all options are considered, is probably closer to 100; factoring in workflows, applications, and methods drives the number much higher.

That is why assessing “generic” maintenance, cost of ownership, return on investment, and learning curves for MS is nearly impossible. Nevertheless, JEOL’s Robert Cody believes a lot more could be done to educate users at all levels, with all instrument types. “Mass spectrometers are being treated as a black box, which is risky if the operator lacks the understanding to critically evaluate the answers the data systems provide.” The ability to recognize good answers from bad, Cody adds, is “priceless.”

“Industrializing” instruments has become a critical component of the business case for upgrading to or acquiring MS capability. The overwhelming majority of technicians in regulated food, chemical, and medical laboratories are not degreed spectroscopists. Instrumentation must be accessible and their outputs readable in industry-relevant units and not “instrumentaleze.”

“These are not markets where you simply present someone with a spectrum or chromatogram,” says Waters’ Steven Smith. Waters spends “a lot of time” working with customers on the business impact of their MS instruments—something they would not have done five years ago. Among the considerations are power consumption, throughput, assay value, cost per test compared with alternatives (if they exist), sample preparation, and solvent consumption. Given the cost of MS instrumentation, purchase decisions have come to resemble those for capital investments. 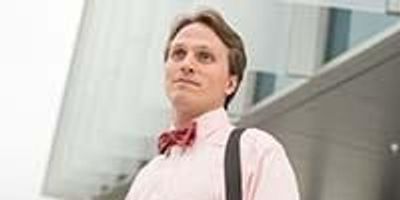 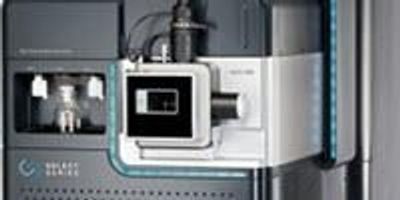 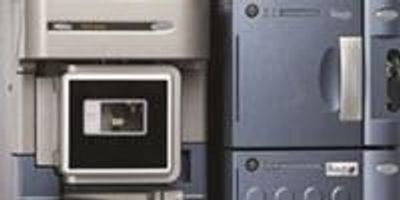 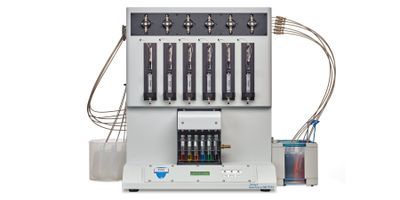 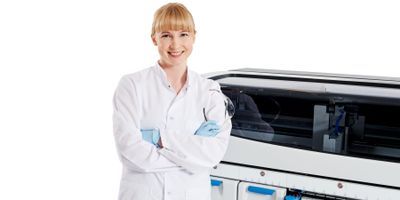