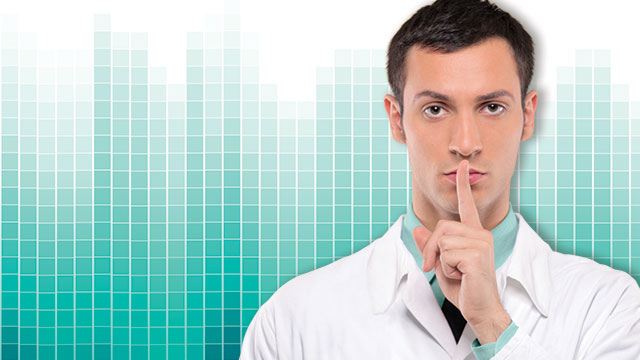 Reducing noise pollution in the lab

Because the maximum allowable noise levels in a workplace are defined by regulatory standards, the wise laboratory manager will develop strategies to reduce noise to an acceptable level. This might entail anything from installing soundproof materials on walls and ceilings to selecting lab equipment specifically designed to generate less noise. However, before delving further into this topic, let’s take a closer look at how noise affects workers’ health and the standards that regulate noise levels.

Several studies have shown that high noise levels can be a cause of heart damage as well as coronary artery disease. Even exposure to moderately high noise levels during an eight-hour period can result in a rise in blood pressure of five to ten points. In addition to high blood pressure, excessive noise can cause anxiety and chronic fatigue, and chronic exposure to noise can damage workers’ hearing. The degree to which lab personnel are affected and annoyed by noise produced by multiple sources is not fully understood. However, there is evidence that noise pollution causes workers to feel overly stressed, which can negatively affect their health, efficiency, and quality of work.

The U.S. Occupational Safety & Health Administration (OSHA) Noise Exposure Standard (29 CFR 1010.95) defines acceptable noise levels in a workplace. Recall that in general noise levels are typically expressed in decibels (dB). In the workplace, noise pollution is considered to be an issue once the noise level is greater than 55 dBA, or A-weighted decibels. A-weighted decibels express the relative loudness of sounds in air as perceived by the human ear, which is less sensitive at low audio frequencies.

The OSHA Noise Exposure Standard requires employers to have a hearing conservation program in place if personnel are exposed to a time-weighted average noise level of 85 decibels over an eight-hour work period. The standard allows a permissible exposure limit (PEL) of 90 dBA. If the noise level is above 90 dBA, the allowable exposure time is less. For example, if the noise level is 95 dBA, personnel can be exposed to the noise for only four hours during the work shift. The National Institute for Safety and Health (NIOSH) recommends an exposure limit of 85 dBA for an eight-hour shift.

The European Agency for Safety and Health at Work established similar standards. In Germany, the noise standard for mentally stressful tasks is 55 dBA. If the noise source is continuous, the threshold for tolerable noise levels for office workers falls to less than 55 dBA.

Adhering to noise-level requirements and providing a safe laboratory workplace take understanding of the various sources of noise in the laboratory. Typically, several sources contribute to noise in a laboratory. The overall noise level can often be so loud that it keeps workers from hearing verbal instructions, which is a potentially harmful situation.

Basically, the overall noise level in a laboratory depends on a number of factors, including how the lab was constructed in the first place. Many laboratory facilities are built using reinforced concrete for the floors and walls. They should be fitted with sound-absorbing materials, if possible.

Noise levels can also increase as a result of the loudness of sounds from the surrounding environment. Labs in industrial areas, for example, are more likely to be affected by traffic noise.

Noise generated inside the lab might come from radio music, ringing telephones, and piped-in Muzak, as well as lab equipment. A chemical lab might include fume hoods, refrigerators, nitrogen gas generators, compressors, and freezers. Biochemistry labs and clinical labs might include ultracentrifuges, automated analyzers, tissue homogenizers, and stirrer motors. A quality assurance lab might use pneumatic sample injectors on gas or liquid chromatography equipment.

It’s important to consider the temporal noise level of the various devices because units such as fume hoods generate a steady noise, whereas refrigerators generate a periodic noise, and pneumatic sample injectors produce short bursts of noise. The overall instantaneous noise level is produced by the interaction of noises from all the devices in the facility.

How to control laboratory noise

Now that we have a basic understanding of sources of noise in the lab, let’s take a look at methods for controlling laboratory noise. This endeavor is probably easiest to accomplish when the lab is in the process of being designed. In this case, lab managers should work with the architects to ensure that the facility is designed to meet OSHA standards and that it provides a safe workplace. When a new building is being constructed, all the sources of noise should be considered. The design and location of the building should ensure that external noise is minimized. In addition, builders should use sound-deadening materials in the construction.

When the laboratory is located in an existing building, the external location and the materials are essentially fixed. In this scenario, a good approach involves ensuring that devices generating a high noise level are shielded whenever possible. In addition, it helps to select instrumentation and other equipment that is specially designed to minimize the noise they create. For an example, consider systems such as liquid chromatography/ mass spectroscopy (LC/MS) instruments, which require a stream of high-purity nitrogen to displace all the oxygen in the mass spectroscopy chamber. One source of laboratory noise can be in-house nitrogen generators.

End users can, in fact, obtain a supply of nitrogen in several ways. Options for receiving nitrogen include as gas in high-pressure cylinders; as liquid in mini-bulk tanks (Dewars) or in bulk tanks; generated as a liquid onsite by cryogenic plants; or generated as a gas on demand in the facility itself. Although Dewars aren’t noisy, a lab might prefer to use an in-house nitrogen gas generator as a nitrogen supply because of safety issues and the high costs associated with other technologies. The challenge then becomes selecting the quietest technology.

Under the hood of an in-house nitrogen gas generator

To understand noise issues associated with in-house nitrogen generators, it helps to have a grasp of how the basic technology works. An in-house generator takes ambient air and filters it to remove airborne organic and particulate materials. The unit compresses the air to about 100 psig maximum and delivers it to a membrane that separates the nitrogen from the oxygen and water vapor in the air. Many nitrogen generators with internal compressors are very noisy (55-60 dBA is typical).

An alternative can be an in-house nitrogen generator that employs an oil-less rotary scroll system to compress the air. The design can significantly reduce the noise output compared with other compressor designs. How does it work? The oil-less rotary system consists of a rotating, orbiting scroll-shaped component that sits in a stationary scroll-shaped component. When the orbiting scroll rotates, it traps and compresses the air, pushing it to an outlet in the center of the fixed scroll. The compressed gas is discharged from the pump through the outlet to an air-cooled after cooler, which includes a series of cooling fins and a high-output fan. The cooling feature lets the scroll compressor operate at lower temperatures and extends the life of bearings, tip seals, and grease. An additional benefit is that because the system uses no oil, there is no chance of oil being introduced into the LC/MS unit. In-house nitrogen generators that use the oil-less rotary scroll system to compress the air generate noise levels as low as 49 dBA.

Excessive noise levels in a laboratory can create significant health hazards for lab personnel. OSHA sets standards for acceptable levels of noise in the workplace. Noise in the lab is a product of a combination of external and internal factors. Many of the internal sources of noise come from instrumentation and ancillary laboratory equipment. The noise from these devices can be reduced by selecting products that are designed specifically with noise reduction in mind. Manufacturers of instruments, laboratory equipment, and gas generators offer technologies that operate at low decibel levels, thereby helping reduce the aggregate noise level within a lab.

Preventing and Managing the Most Likely Lab Accidents

Preventing and Managing the Most Likely Lab Accidents

Safety Solutions for Your Workflow

Safety Solutions for Your Workflow

The Leader’s Role in Setting an Example for Lab Safety

The Leader’s Role in Setting an Example for Lab Safety

Looking Beyond Training for Accident Prevention in the Lab

Looking Beyond Training for Accident Prevention in the Lab