Before the recession hit in late 2008, way back when individuals and companies weren’t as piercingly conscious about the cost of goods and services as they are now, being green was very trendy. People were willing to spend a little more for environmentally friendly products. Al Gore had emerged from political oblivion to become the spokesman for global warming awareness with his best-selling book An Inconvenient Truth. The cry to save the planet that began in earnest during the late 1960s had transcended hemp-clad granola crunchers to become an agenda embraced by Main Street. Finally the world had gotten the message that we all need to do our part to save Mother Earth.

Then came the recession. Al Gore disappeared again, and being green took a backseat to the bottom line. Being green is too costly, people said. Budgets were tightened, and the most important and perhaps only factor when selecting goods and services became cost.

Laboratories were hit particularly hard. Cutbacks in research spending had lab managers scrambling to find ways to cut costs without having to lay off employees. Labs large and small slipped into survival mode in an effort to weather the storm. For many, being green became an afterthought.

This sentiment was reflected in Lab Manager Magazine’s 2010 confidence survey, which revealed a year-to-year drop from 61 percent to 55 percent of laboratories indicating that they purchased green products. In that same survey, participants indicating that they were required to purchase green products dropped from 10 percent to 2 percent. Presumably this drop was a priority shift from environmental responsibility to fiscal responsibility. Yet while some labs cut back on using green products and services supposedly to save money, others began to realize that being green can actually save money. Of the latter, some began to realize that being green will not only save a little money now, but it also may save much more down the road.

While the green movement is receiving less attention now than it has in recent years, it was able to take root with regulators around the world who have become less tolerant of practices that have been found to do harm to the environment. It is now a given that regulators are headed toward more stringent rules about materials used in the laboratory and how they are handled. Therefore some lab managers believe that commencing the adjustment process for potential changes now may be more economically efficient and less disruptive to their work and bottom line than racing to meet regulatory deadlines in the future.

While the green movement is receiving less attention now than it has in recent years, it was able to take root with regulators around the world who have become less tolerant of practices that have been found to do harm to the environment. It is now a given that regulators are headed toward more stringent rules about materials used in the laboratory and how they are handled. Therefore some lab managers believe that commencing the adjustment process for potential changes now may be more economically efficient and less disruptive to their work and bottom line than racing to meet regulatory deadlines in the future.

Anthony Kurec, an administrator at the University RETHINKING GREEN Pathologists Laboratories of the State University of New York Upstate Medical University in Syracuse, says that his lab has started recycling xylene and alcohol as opposed to just dumping it. Not only does this reduce the impact his lab has on the environment, but it also saves money and eliminates one potential regulation they may have to face in the future when handling these chemicals.

“That’s been a big thing because now fewer chemicals are being disposed of,” he says. “Before, every time you used xylene or alcohol, you used it once and it got tossed. Now it is being recycled. And that does save money—quite a bit of money—thousands of dollars.”

The recycling of chemicals has also presented a business opportunity for some. Courtland cites as one example the recycling of mercury waste that is contained in the twisty fluorescent bulbs that we are all being encouraged to use in our homes. While they may last longer and use less energy than the old incandescent light bulbs, they have also created a new environmental issue in that they contain mercury waste that eventually winds up in landfills.

“We’re all being pushed to using mercury lights, but we’re increasing our potential mercury waste in landfills, which I’m scratching my head about,” he says. “They’re supposed to be greener because they last longer and use less electricity, but you’ve got mercury waste in there. Until we can get a mercury recycler on a large scale for those types of bulbs, it’s going to have a potentially big impact in our landfills. This is one of the opportunities we are exploring here.”

Courtland is also looking to replace some of the solvents he uses in the lab with ones that are more environmentally friendly and less expensive.

“Our biggest initiative now is trying to reduce our use of acetonitrile and methanol,” he says. “But when you’re exchanging one solvent for another, we feel that the methanol will be a more earth-friendly solvent than acetonitrile.”

Another reason Courtland wants to replace acetonitrile with methanol is cost. He says that before Hurricane Katrina he was paying between $200 and $300 for a case of acetonitrile; now, he says, it is running between $1,500 and $1,700 a case.

In addition to direct cost, methanol burns easier than acetonitrile in the furnace, which makes the disposal process more energy-efficient.

It is this kind of approach that clients are starting to demand from their laboratories. Being green is now a competitive advantage that may make all the difference for potential clients because they are now more willing than ever to take their business elsewhere if the laboratory they regularly use does not meet their environmental standards.

“We’re greener than ever,” says David Nichols, founder of theNichols Management Group in York Harbor, Maine, a firm that manages its own laboratories and consults for others. “It’s a client relations tool, and it’s the right thing to do. We let our clients know about our green initiatives, and they appreciate it.”

Some laboratories are also starting to hold manufacturers of lab supplies to the same standards to which their clients are holding them. If this trend continues, demand for environmentally responsible products will rise to where it will no longer make financial sense to offer products that are not environmentally friendly.

Martha Casassa, the laboratory director at Braintree Rehabilitation Hospital in Braintree, Massachusetts, says the medical industry’s reduction in the use of glass objects such as test tubes has resulted in an increase in the use of plastics. While the reduction of glass has resulted in less risk of lab technicians being cut or infected by the shard of a broken test tube, it has created an increase in the amount of plastic that has to be incinerated.

“I would like to see manufacturers, especially of test tubes, making sure that the plastic that they use in their products burns clean when it’s incinerated,” she says. “I’m not sure there’s a real move out there for that, but that’s probably one area where the whole industry can get a little better.”

“I would like to see manufacturers, especially of test tubes, making sure that the plastic that they use in their products burns clean when it’s incinerated,” she says. “I’m not sure there’s a real move out there for that, but that’s probably one area where the whole industry can get a little better.”

“You can’t save the world in a day,” she says. “But whatever you do helps and you can build on it. I think a lot of people go into it saying, ‘We’re going to save the world; we’re going to do ten projects!’ And then when they can’t do it all, they get frustrated. It’s a balance. We’re not totally green, but we’re as green as we can get within the budget. And that’s probably what I would recommend to other people: try to get as green as you can, and do what you can.”

One example of a simple idea that Casassa’s laboratory put into practice that has turned out to have a big impact was the initiative to use less paper.

“We’ve actually had a whole culture change regarding meetings, where we used to hand out stacks of papers to everybody,” she says. “But after the meeting, when you got back to your office, you would just throw them in the trash if you didn’t have to keep them. What we’ve done now is put the information on a file in a shared drive, and before the meeting you’re expected to go to the drive and read it. You come to the meeting prepared, and then the file from the shared drive is projected on the screen. That way we don’t have millions of papers for everybody. We could recycle the paper, but why even generate it to begin with? It’s a culture shift. And that’s what you need. You need it from the top down. You can do little things within the department, but you really need that full leadership buy-in to set the tone for it.”

Deborah Hoffer, QA manager and microbiologist at the Rogosin Institute’s Xenia Division in Xenia, Ohio, says that her lab gets some money back for recycling its disposable Tyvek lab coats.

“We wear those for a day or two in the laboratory,” she says, “and then they go into a collection container to be picked up by UPS to go to a company called Garment Recovery Systems. They’re able to wash the Tyvek and then redistribute the coats to companies and operations that don’t need sterile garments but just need protective clothing. We get money back for those; I believe it’s 15 cents for each lab coat that they’re able to use if it’s not torn or damaged in any way.”

Hoffer also says that they have stopped using the disposable tacky mats that pick up particulates on the bottoms of people’s shoes, and have gone to reusable Dycem flooring.

“It’s an actual type of flooring that attracts and holds particulates even better than the tacky mats,” she says. “It’s proven to be substantially more effective at retaining the particulates, and it can be washed and lasts as long as five years.”

Says Martha Casassa: “Start small, think positively, evaluate what you can do, keep building on it, and you will save the world someday.” 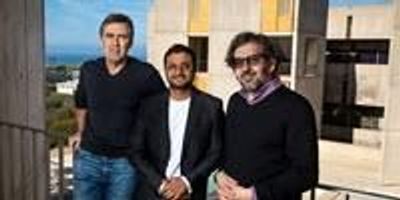 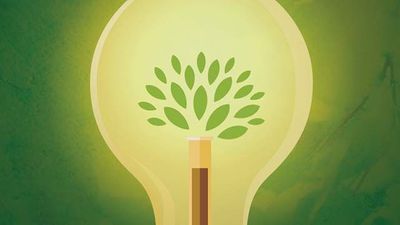 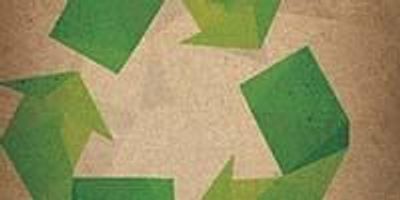 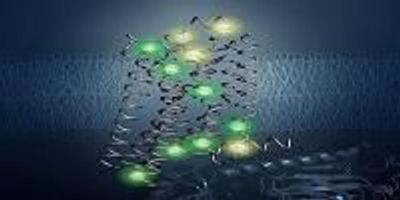 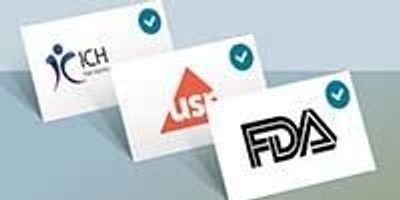 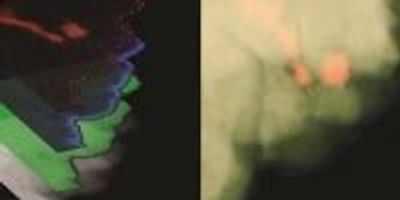 One Step Closer to Reality: Devices That Convert Heat into Electricity

One Step Closer to Reality: Devices That Convert Heat into Electricity