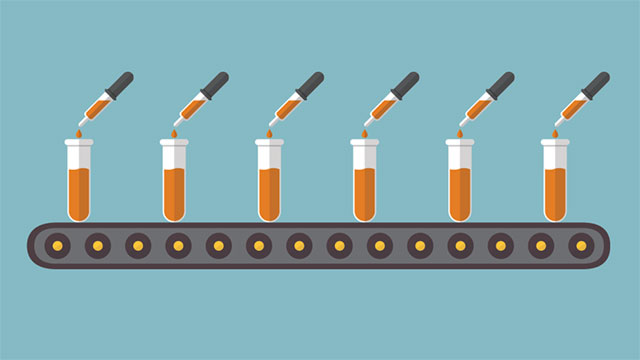 Despite deep commitments to solving some of the world’s most complex problems, many researchers and lab staff are still facing an age-old problem: the inability to reliably repeat experimental outcomes. In fact, according to a study conducted in 2016 by Nature magazine, more than 70 percent of researchers have tried and failed to reproduce another scientist’s experiment, and 50 percent have also failed to reproduce the results of their own experiments. While those statistics are surprising to people outside the research field, they do not come as a shock to most inside the industry.

So even with the massive technological advancements we’ve seen in the past decade, why does this issue persist? For one thing, the scientific community, despite the sophisticated diagnostic tools it has access to, is still very traditional and process-oriented— comfortable with the tools they’ve trained with and used for decades. As a result, many scientists, even those fresh out of school, still use the ever-reliable pen and paper to log instrument data and experimental observations before later transferring information to spreadsheets, electronic lab notebooks (ELN), or other programs. They then use the computing capabilities of those systems to delve into and manipulate the data, but the manual process of acquiring it is the hurdle.

Beyond frustration and inconvenience, the real cost of the widespread repeatability issue is slower time to market for lifesaving therapies and innovations. So how can we leverage technology to support and augment the way researchers and lab managers work, without causing them to change their processes? Below are three transformational technologies that are making labs “smart” and helping teams tackle repeatability.

The laboratory environment has the highest potential for transformation and far-reaching benefits gained from becoming smart, and intelligent sensors play a major role in unlocking that potential. Sensors—data-gathering devices already widely used in personal fitness trackers, the built environment (think smart homes and smart buildings), mobile devices, and industrial infrastructure—have numerous applications in the research laboratory. From bioreactive sensors that are developed and used in complex research environments to intelligent sensors that enable teams to track contextual variables such as temperature, humidity, and light levels, sensors are a key diagnostic technology that can be harnessed to address the repeatability issue.

The broader deployment of sensors in the lab environment has been driven by dramatic reductions in size and cost in the past decade. But unlike simple activity-tracking applications, intelligent sensors—optimized for the research environment—have the potential to accelerate researchers’ work by enabling them to cost-effectively measure and track minute details that may have been impractical or cost-prohibitive to monitor previously. The key is for intelligent sensors to be part of a system that automatically aggregates and displays critical data.

With new, intelligent, sensor-based systems, laboratory managers and research teams have access to entirely new data streams and real-time visualizations, providing insight into the physical environment where experimental research is conducted. By identifying and quantifying many of the contextual variables that are often not tracked or documented, teams have visibility, down to the smallest detail, into the exact environmental conditions they need to replicate. This includes everything from tracking temperature throughout the entire protocol, observing the time something is in an oven or freezer and recording any changes, monitoring humidity within a space, and noting any variations in the way a piece of equipment performed (for example, if it heated up or cooled off faster than expected). With access to this information, teams can standardize the environmental aspects of protocols and correlate experimental outcomes with those variables, recognizing exactly where a variation that caused a different outcome occurred.

For example, when performing an experiment where a sample is placed in an oven, it is now possible to understand whether the conditions in the oven and on the sample plate conform to the protocol defined by the original experimenter. Having access to high-resolution data makes it possible to see whether the steps are being followed and, if necessary, to refine the protocol with micro steps, including specific contextual conditions specified so that the outcome is reliably successful.

When sensor data is collected, aggregated, visualized, and available to researchers and lab staff via cloud-based services, teams can monitor and track contextual variables and validate equipment performance—even when they’re not physically in the lab. Whether remotely monitoring the lab environment to ensure that the ambient conditions on the bench or in animal rooms conform to the protocol or ensuring that critical equipment is performing as specified, remote access is critical, allowing staff to use mobile devices for data access, alerts, and notifications.

While homeowners and industrial operators have access to smart, sensor-rich devices to support their operations, the laboratory market has been underserved until now. With the arrival of a range of options, lab managers and researchers now have access to sensory networks that hold the promise of streamlining the process of gathering and analyzing critical data. The question is how they will use that data. For monitoring equipment? Improving protocols? Improving repeatability? Absolutely.

Ultimately, scientific research is what underpins innovation and progress; adopting technology to accelerate the efforts of scientists will be not only a competitive edge but also what creates long-lasting value. In a world where science-based enterprises are increasingly competing for funding and resources, investing in a smart lab is not just a good bet—it’s a necessary investment.