Do you prefer salty or sweet snacks? Does your favorite meal include something crunchy or creamy? Whether you notice or not, there’s a science to how we enjoy and perceive food and drink products. At the Sensory Science Center at Washington State University (WSU), researchers work with industry and academic clients to analyze sensory properties of specific products, and determine ways to make these products more appealing to consumers. “Clients and researchers need to understand how different changes they make affect their specific food product,” says Dr. Carolyn Ross, professor at the WSU School of Food Science and director of the Sensory Science Center since 2004. 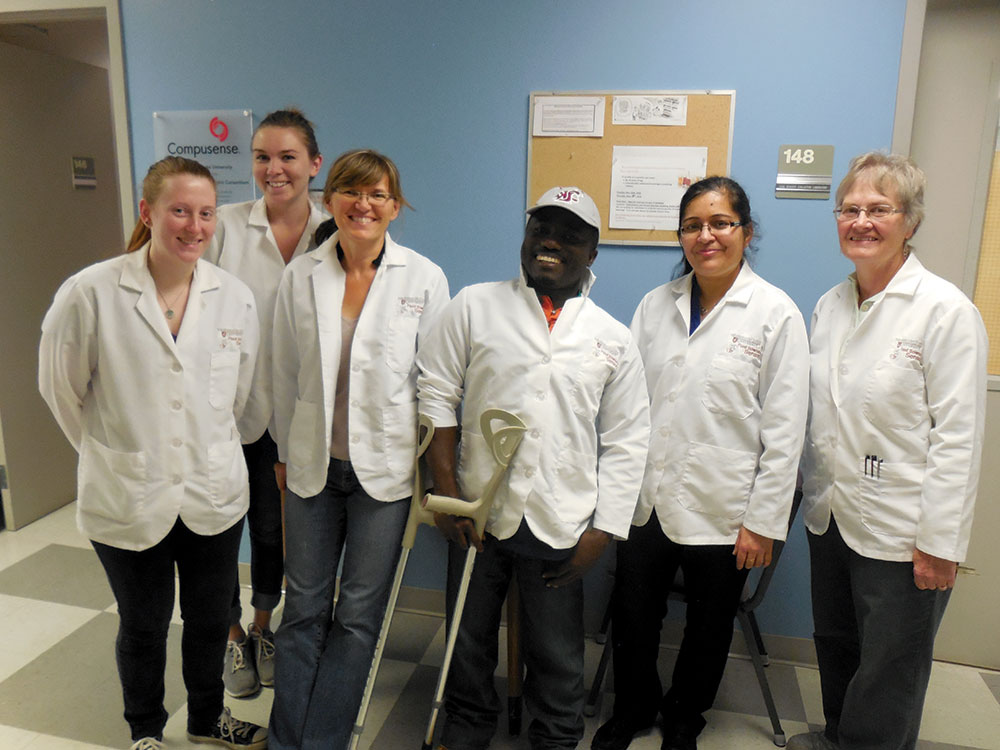 The work being done at the center is diverse, always offering Ross and her team something new to investigate. As Ross explains, each client has their own unique set of questions that requires a customized test to investigate. “For example, some clients want to determine if the products are different from each other (or sufficiently similar); others may want to gauge how much consumers like a given sample, while others want to figure out which sample is closer to ‘just about right’ in terms of sweetness,” she says. Therefore, the team always needs to be ready with the appropriate method to solve these tasks, use solid scientific practices to collect and analyze the data, and finally, present and explain the results to the client.

Analytical methodologies such as gas chromatography, mass spectrometry, and olfactometry are often used. A variety of sensory methodologies are also part of the researchers’ “toolbox” as well. These include: consumer acceptance (how consumers like a given product); difference testing (can people distinguish between different products?); and trained panel profiling to describe specific differences in a product, including appearance, aroma, taste, flavor, mouthfeel texture, and aftertaste. 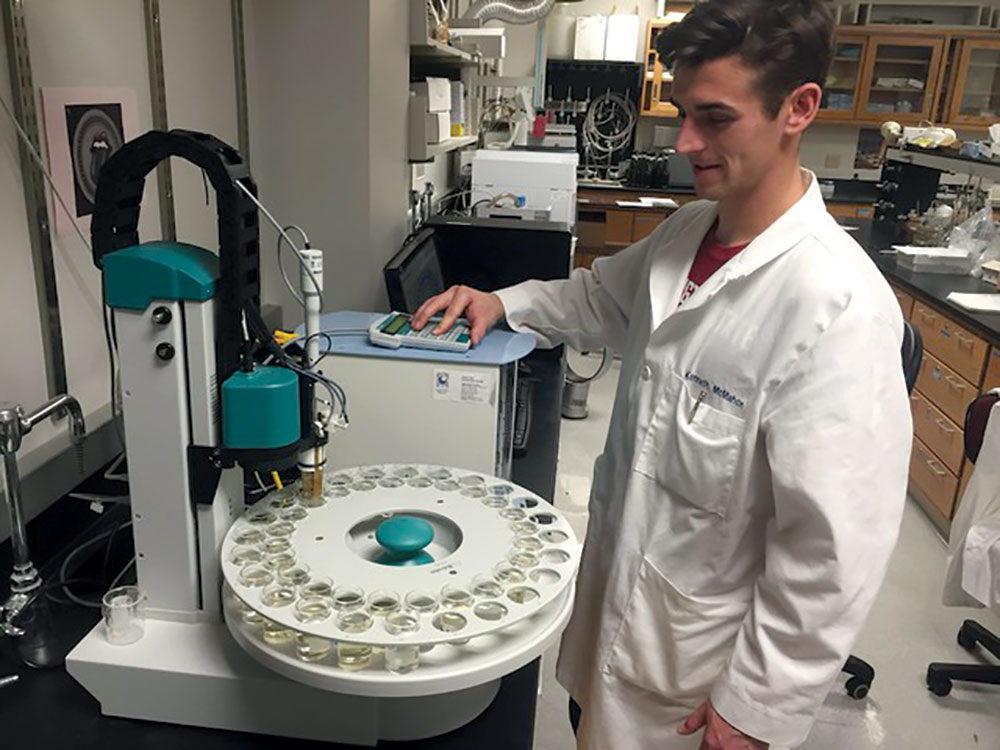 “If a new processing method is introduced [that] extends the shelf-life of a food by six weeks but makes the product so tough that people don’t want to eat it, ultimately, that processing method won’t be successful. We want to help companies and other researchers understand how the methods they are proposing, or ingredient changes, or whatever they are doing, can affect the food,” says Ross.

The facility is equipped with a fully-functional kitchen preparation area with ovens, water baths, and refrigerators. To conduct sensory panels, there are eight pass-through sensory analysis booths that are equipped with a laptop for data collection and analysis. The facility also features a food processing pilot plant and the WSU Creamery Pilot Plant.

In addition to Ross, the lab employs an operational manager who prepares and organizes projects and sensory panels with clients; as well as a minimum of six other staff members, mostly graduate students in the Food Science Department. 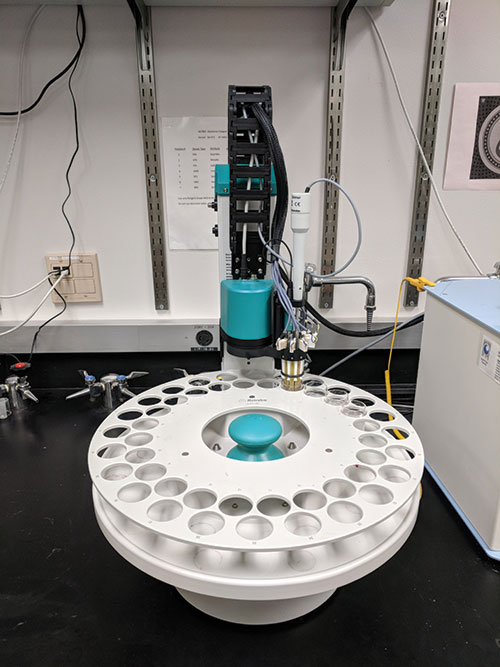 One of the most unique pieces of equipment at the center is the “electronic tongue,” or e-tongue. The $90,000 robotic device has sensors to detect for sweet, salty, sour, bitter, and umami—just like human taste buds. It can also identify metallic and spicy flavors. The electronic tongue minimizes some of the challenges of working with human subjects. “We have found many applications for it, specifically in products that cause fatigue or carryover. For example, spicy products—panelists can only evaluate a small number of them before they become fatigued. We have found that the e-tongue can serve as a useful proxy for sensory determination of spicy,” says Ross. Another popular application for the e-tongue has been in the evaluation of pharmaceuticals. When developing new medications, manufacturers often try to mask the bitter aspects of the active ingredient. “Seeing the challenges in using human subjects in the evaluation of pharmaceuticals, the e-tongue offers great potential in evaluating the potential bitterness of a given medication,” explains Ross.

The e-tongue was also used in conjunction with human panelists for a study published earlier this year in the Journal of Food Science that evaluated a new processing technology that can reduce sodium in food products while maintaining flavor. Many processed foods today contain high levels of salt to improve taste and preservation, but the health consequences of consuming too much salt are well documented. The new processing technology developed by WSU researchers, called microwave assisted thermal sterilization (MATS), shows promise to reduce salt levels without sacrificing safety or taste. MATS works by using microwave technology to kill pathogens in a food product, but doesn’t reduce flavor intensity of the other ingredients.

Both the e-tongue and human panelists compared the taste of freshly cooked mashed potatoes prepared by MATS to the traditional food processing preservation technique, called retort, which is known to reduce flavor intensity. The team found that the intensity of other ingredients in the mashed potatoes, like pepper and garlic, remained the same in MATS and in fresh potatoes, but was reduced in retort processing. As a result, the tasting panel was still satisfied with the flavor of the MATS-prepared potatoes, despite there being a 50 percent reduction in salt. 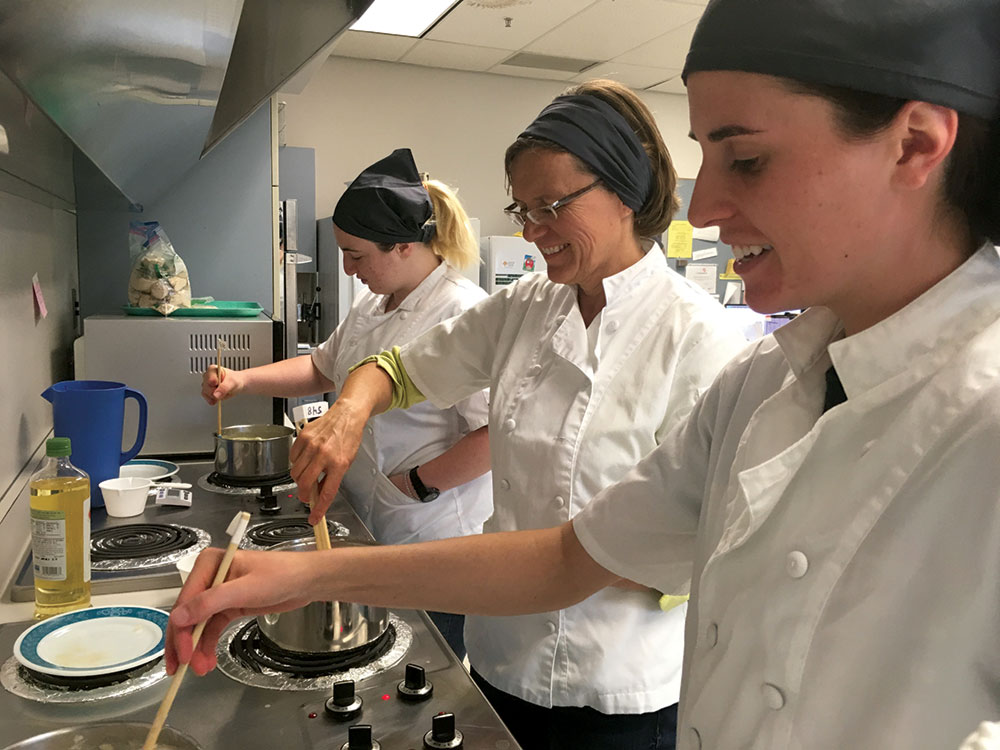 Another exciting example of the capabilities of the Sensory Science Center involves an ongoing project focusing on children and food texture. Ross’ team conducted a national child feeding study that examined food texture sensitivities in children with and without Down syndrome. More than 200 families from 36 states received boxes of food products with different textures. Parents fed their children the food samples, recorded their reactions, and the researchers reviewed and coded the reactions. According to Ross, the data can be used to better understand which food textures that children with Down syndrome who have food texture sensitivities prefer. “Using this information, we are working with industry to produce foods with these specific textures,” she says.

These studies offer just a small glimpse into the wide range of research that the Sensory Science Center covers. Ross notes that the sensory science field is so dynamic, and new methods are consistently being introduced. “It is my job to be up-to-date on these methods and to see where they can be applied to answer questions,” she says. Another priority for Ross is leading her team of graduate students, and teaching them the importance of not just succeeding in a lab on their own, but also how to work together cohesively as a team. “I see this as an important training opportunity for developing skills in the upcoming generation of sensory scientists. My graduate students who have worked in the WSU Sensory Science Center go on to work in all kinds of companies, food and non-food, in departments such as consumer insights, sensory, and product development,” says Ross, “and part of what makes them so competitive for jobs is the experiences they have gained in the WSU Sensory Science Center.”