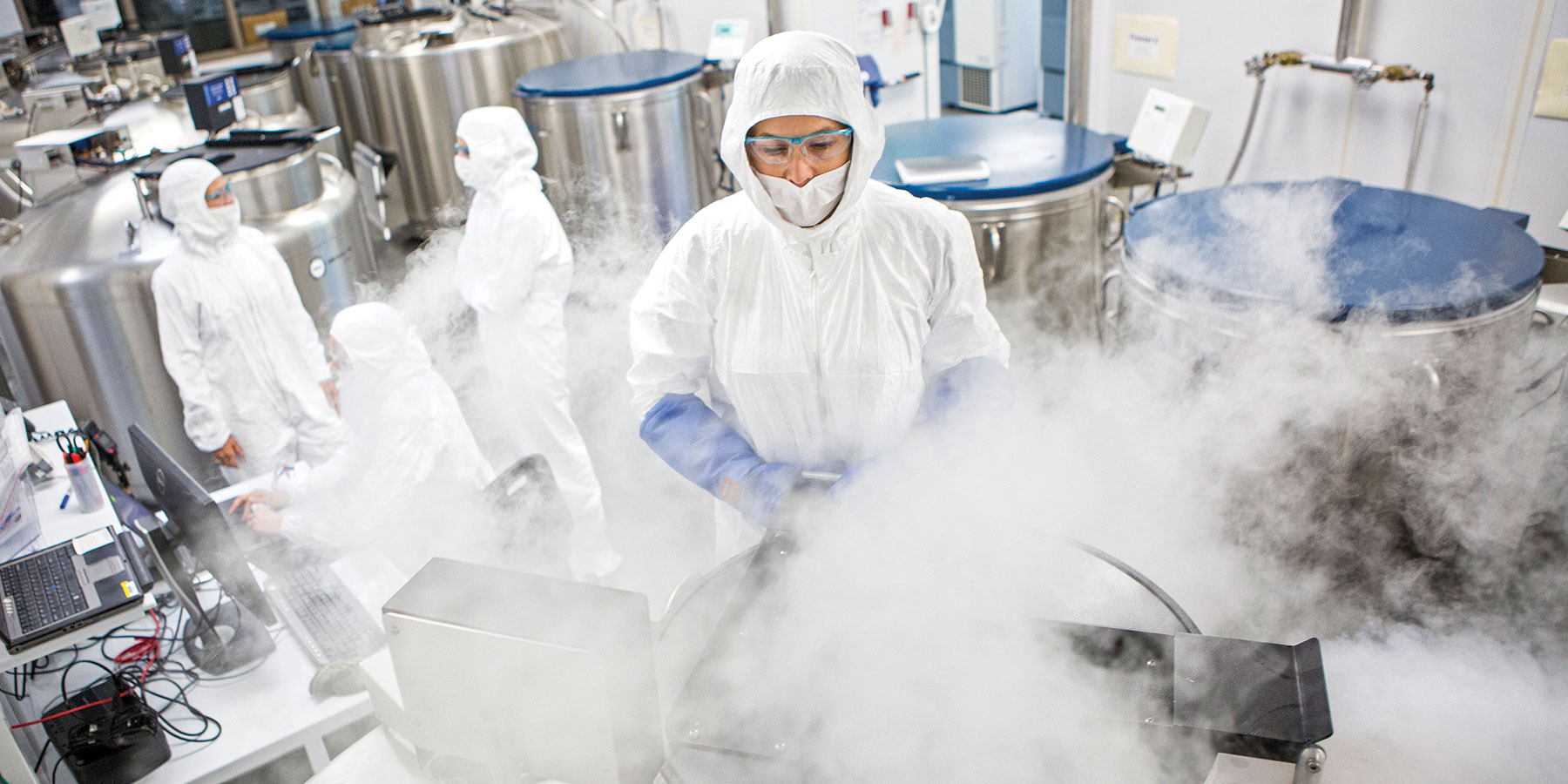 The health of the nation’s waterways and oceans has a direct impact on the overall wellbeing of society, but there are a variety of issues threatening these ecosystems—from climate change to pollution to toxic blooms.

Each of these issues require priority attention, and are crucial to the future of coastal ecosystem research. Teams at the Charleston and Hollings Marine Laboratories (Charleston, SC) are focusing on new solutions, through a multidisciplinary approach. “We have folks here looking at these issues on a daily basis,” says Sherri Fields, director of both labs. Her team is in the process of integrating the two labs into one, so by this time next year, the labs will take on the Hollings Marine Lab name. Fields is also a deputy division director with the National Oceanic and Atmospheric Administration (NOAA) National Centers for Coastal Ocean Science (NCCOS), so her day-to-day routine typically shifts between the two roles. The Charleston and Hollings Marine Labs are part of the NCCOS network, which includes five locations across the US that specialize in ocean and coastal ecosystem studies.

“The breadth of research that goes on here is quite astounding.”

The overall mission of the NCCOS is to “deliver ecosystem-based science solutions for stewardship of the nation’s ocean and coastal resources.” The Hollings and Charleston labs further that mission by “protecting, sustaining, and restoring coastal ecosystems with a particular emphasis on the linkages between the environmental condition and human health,” according to Fields. “The breadth of research that goes on here is quite astounding,” adds Fields, who has been in her current role since 2017. 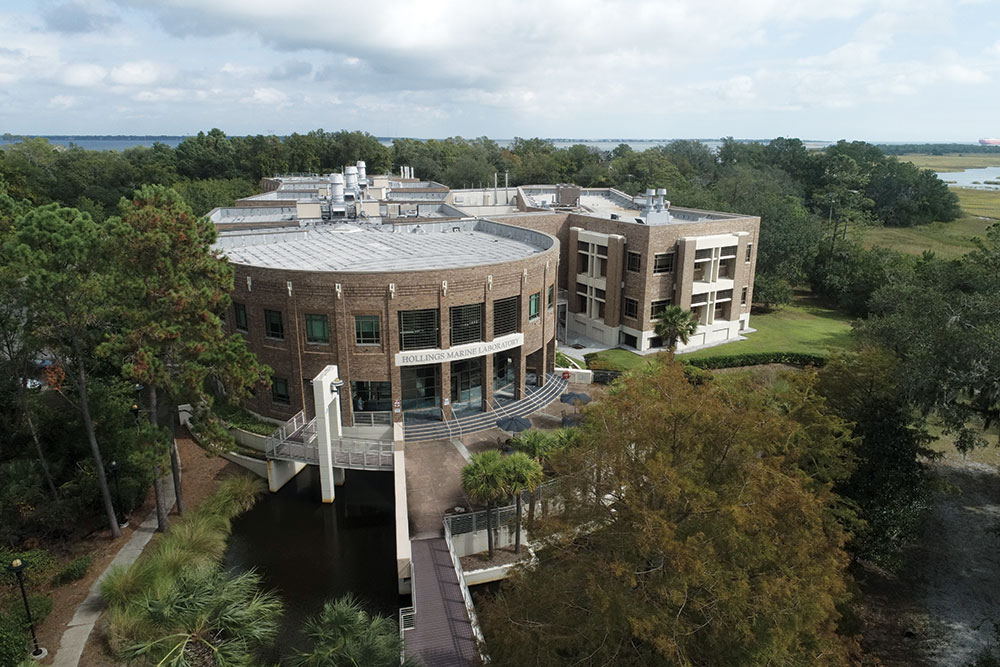 Hollings Marine Laboratory is on the historic site of Fort Johnson in Charleston, SC.
SCDNR

Because of the collaborative and interdisciplinary research taking place regularly, the Charleston and Hollings site offers a unique variety of facilities. “We have a number of microscopy-type labs, capabilities for cellular and molecular biology, an extensive NIST (National Institute of Standards and Technology) specimen bank, and cleanroom and cryogenic facilities for long-term archived specimens,” explains Fields.

“We like to say we are raising the next generation of ocean scientists.”

The lab’s outdoor mesocosm, a greenhouse-style facility, is another unique feature. The facility’s environment allows researchers to study tidal distance and the effects of stressors such as oil and dispersants on marsh grasses, fish, shrimp, and other organisms.

“With any facility or lab, a challenge is keeping the systems up and running to meet the requirements,” says Fields. At the Charleston and Hollings labs, this is of significant importance, particularly for its “challenge laboratories.” These labs enable researchers to manipulate factors like temperature, light, and seawater salinity levels for toxicology and animal health research. “Maintaining temperature is really critical,” emphasizes Fields.

Through collaborations with other NOAA institutes, NIST, the South Carolina Department of Natural Resources, and local academic labs, the NCCOS network has greater access to funding opportunities, which allow scientists to investigate more complicated research questions. 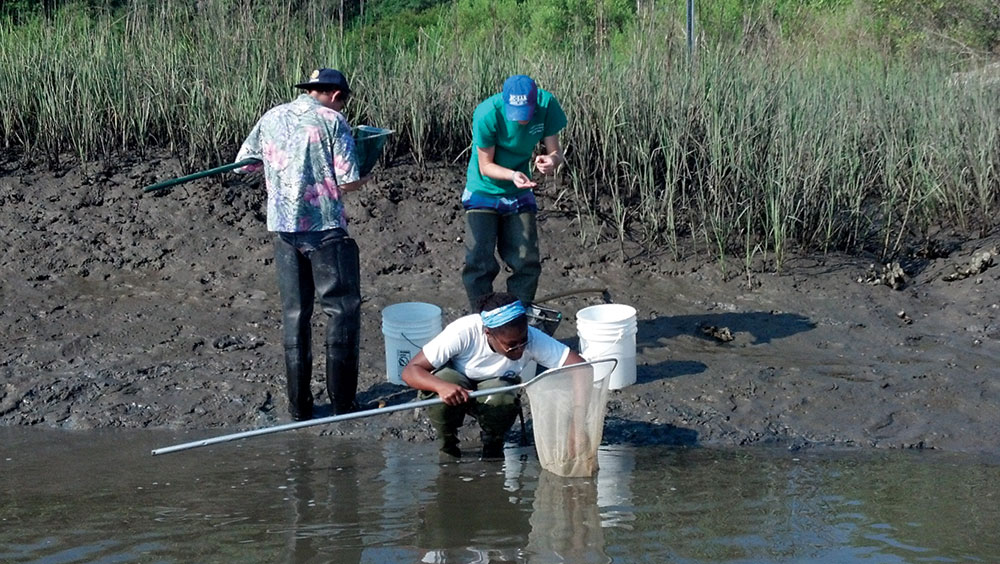 One such example is a study focused on contaminants of emerging concern, specifically per- and poly-fluorinated alkyl substances (PFAS). These substances have been detected in drinking water, surface waters, and freshwater and marine organisms as they are released into the environment through industrial manufacturing, use, and disposal of PFAS-containing products. One such product is fire-fighting foam, which was the focus of this project.

According to the NCCOS-led study, PFAS are being phased out of use in the US as alternative products are developed and proposed, but they are still persistent in the environment and toxic. The project evaluated ecotoxicity of fire-fighting foams compared to alternative fluorine-free formulations in estuarine species. The team did this using toxicity bioassays to determine the acute toxicity of PFAS-containing foams, and new, fluorine-free foam formulations in larval marine fish and invertebrate species. Effects such as changes in swimming or feeding behavior were documented, and the researchers conducted multi-stressor experiments to assess contaminant toxicity under variable temperatures, salinity, and the addition of UV light. 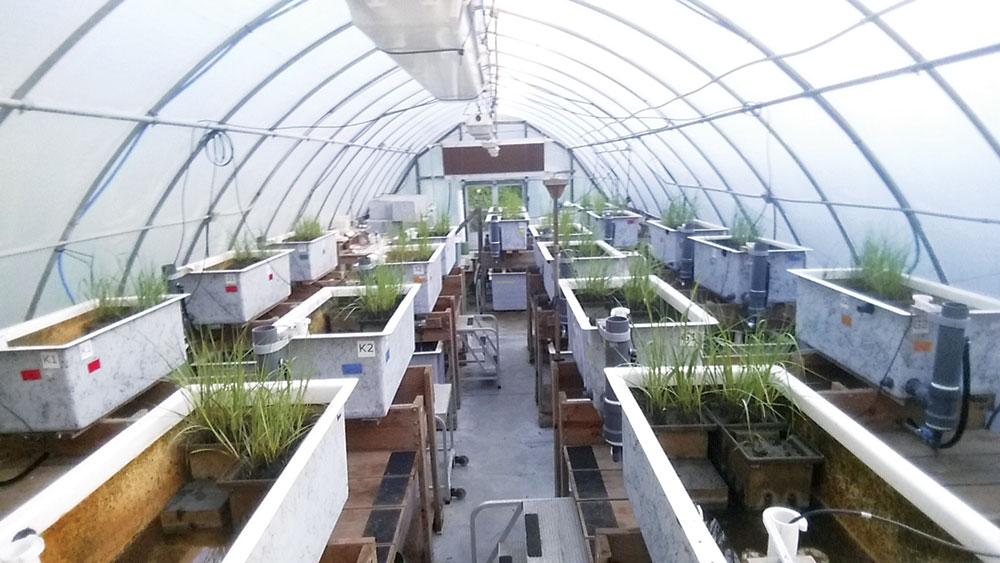 Another insightful research project utilized metaproteomic tools and analysis to study a coral disease outbreak in Florida, a technique that has historically sparsely been applied to this area of study. The ongoing collaboration between NOAA, NIST, and College of Charleston scientists, which began in December 2019, aims to get a better understanding of the scale of the disease outbreak and identify remediation actions to restore the affected areas and, ultimately, prevent future outbreaks.

The disease was first observed in 2014, and spanned from the northernmost section of the Florida Reef Tract as far south as Key West, FL, causing massive die-offs of multiple coral species. According to the study, 21 species of coral, including those on the Endangered Species Act list and primary reef-building species, displayed tissue loss lesions. Researchers combined molecular approaches with field sampling and lab experiments to determine the cause of the coral disease. The molecular approach was crucial because molecular changes typically occur before observable phenotype changes are present. 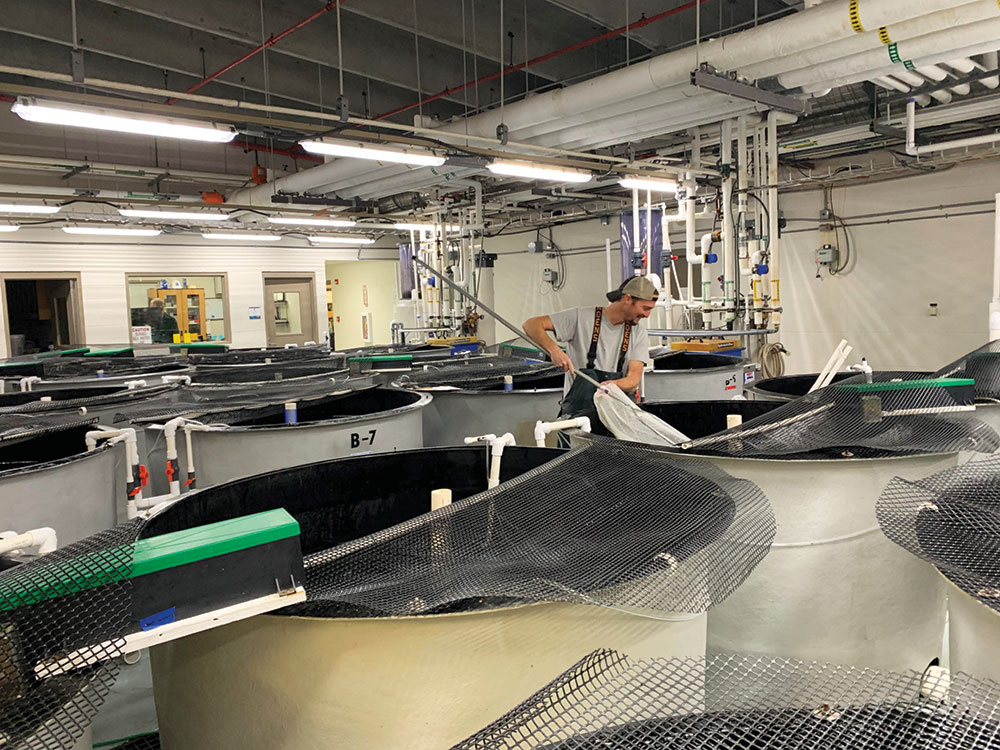 The Hollings Marine Lab also has a special focus on the field of aquaculture. The facility houses a 24-tank recirculating system to assist with replicated feed studies by the South Carolina Department of Natural Resources. Depending on the research trial, there may be 15-40 fish in each tank (total 360-960 fish). Trials last between nine and 12 weeks and most involve evaluating new ingredients or feed formulations that are designed to increase sustainability and/or cost effectiveness of aquaculture feeds. For example, soybean meals and oil have been a popular area of study over the years. Beginning this fall, one study (with two trials) intends to analyze the digestibility and tolerance of a local craft brewery by-product as a potential feed ingredient for red drum fish. 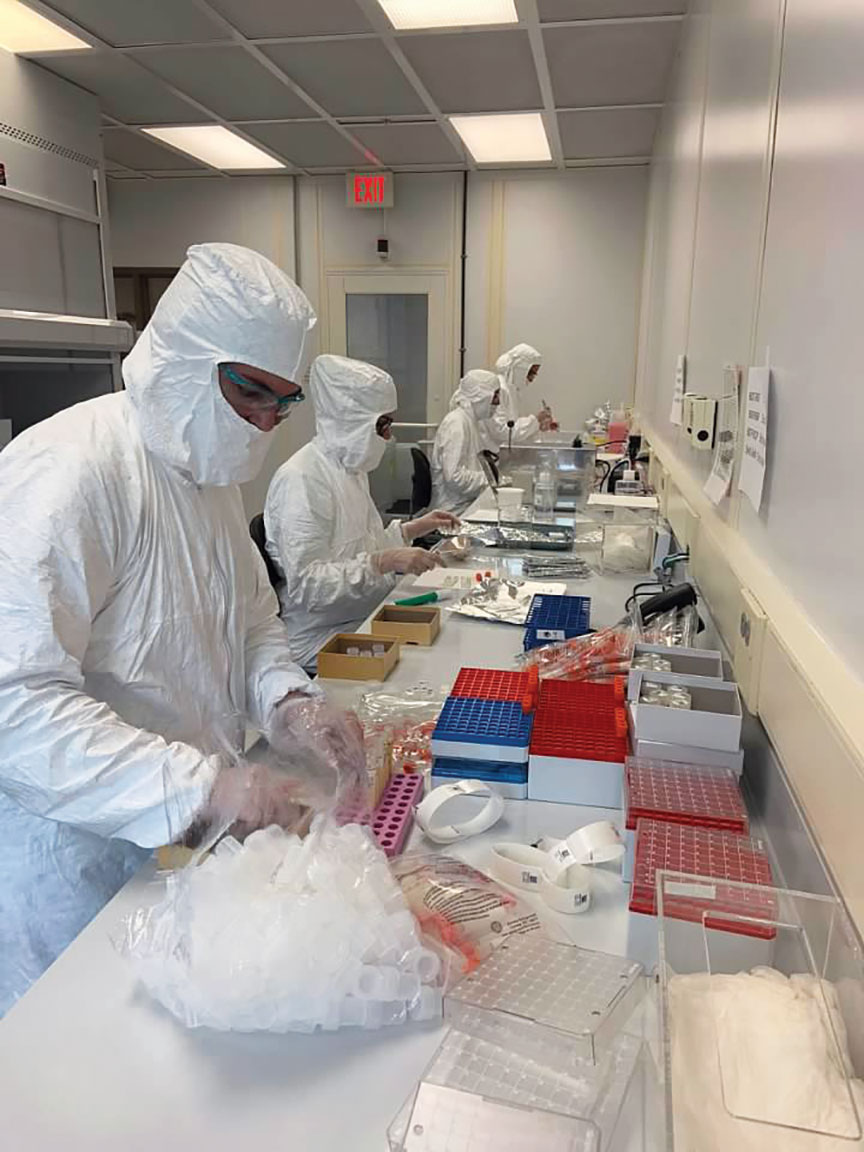 “We have a lot of interesting labs and cutting-edge technology and equipment here, [but] it is truly the people here that will help research and knowledge move forward,” says Fields. On any given day, the labs will be buzzing with 125-150 people, from full-time staff to visiting researchers to university students. “We like to say we are raising the next generation of ocean scientists,” says Fields, adding that students are a big part of the work that is done at the labs.

The methods and strategies used to analyze complex environmental issues are constantly evolving, says Fields, and the Charleston and Hollings Marine Labs strive to remain at the forefront. They are constantly considering opportunities to implement new technology into their analyses; for example, “We’ve developed sensors that can go on stationary or mobile autonomous units to detect toxins in both freshwater areas and coastlines,” explains Fields. This enhanced information can help to mitigate toxins and toxic blooms that are becoming more prevalent throughout the country.

Fields and her teams are dedicated to ensuring that “those on the front lines of making decisions have the best science at their fingertips to take on some of these issues.” 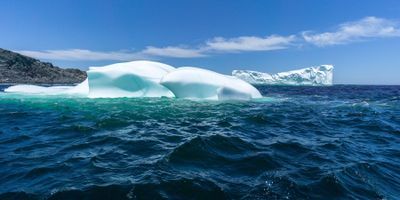 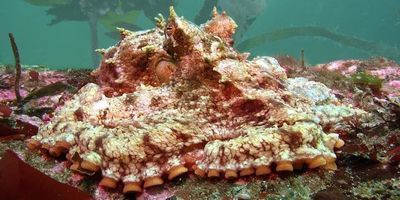 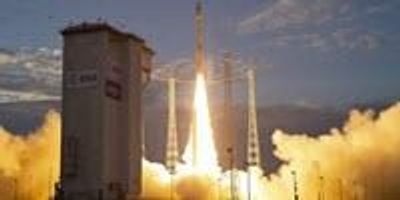 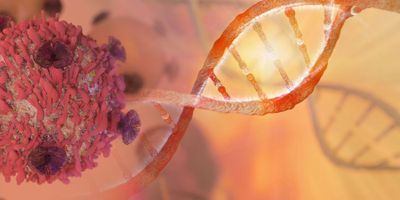