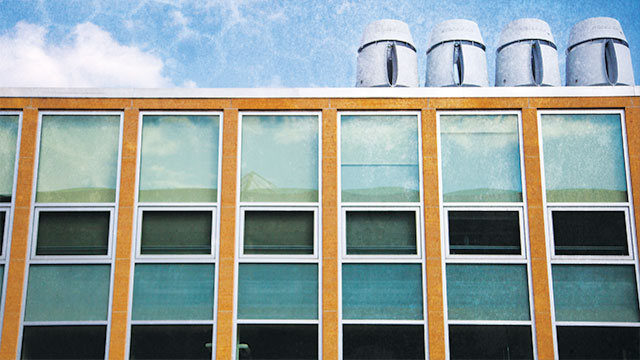 While its location would be unusual for many labs, for the University of Michigan’s (UM’s) Nuclear Engineering Laboratory in Ann Arbor being housed in a former nuclear reactor is the perfect fit. Having officially moved into the renovated building in April 2017, the nuclear engineering program is still making itself at home in the new space.

“We have moved into almost all the labs, and experiments are underway,” says Ron Gilgenbach, U-M’s Chihiro Kikuchi Collegiate Professor and Glenn F. and Gladys H. Knoll chair of the Department of Nuclear Engineering and Radiological Sciences. “The latest major development is that the nine-megavolt linear accelerator facility is being installed and we expect it to become operational in the near future.”

As part of the Michigan Memorial Phoenix Project, the former Ford Nuclear Reactor’s main goal was looking into peaceful uses of nuclear power, and that remains the key mission of those who now work in the renovated building. The facility, which took about seven years of planning, design, and construction to complete, houses five different labs where eight professors, two dozen graduate students, and six research scientists work on projects focused on nuclear security, nonproliferation, safety, and energy. It includes 13,200 square feet of laboratories, offices, and conference rooms.

In terms of specific projects those laboratories are working on at the moment, Gilgenbach says the linear accelerator facility will be used to generate gamma rays and neutrons for active interrogation in professor Sara Pozzi’s Detection for Nuclear Nonproliferation Lab, while professor Annalisa Manera’s Experimental and Computational Multiphase Flow Laboratory is busy developing highresolution imaging capabilities that use gamma and X-ray tomography for nuclear safety studies. He adds that professors Zhong He and David Wehe are developing roomtemperature gamma ray cameras in the Glenn F. Knoll Nuclear Measurements Lab and “professor Igor Jovanovic is exploring innovative concepts for remote detection of special nuclear materials for nuclear nonproliferation.”

As far as challenges the team faced in turning the former reactor into a research space, Gilgenbach says the key issues involved demolishing the one- to three-foot-thick concrete structures left behind.

“Another challenge was that nuclear reactors do not have windows, so we had to cut windows into the sides of the buildings for offices and labs, which turned out to be an expensive and time-consuming operation,” he adds. “It required some reengineering of the support structures to account for the material that we removed for the windows.”

Since moving into the revamped four-story building, they’ve had some temperature-related issues, but those haven’t been too difficult to handle.

“Like any new construction project, we’ve had our share of work to balance the heating systems to account for some severely cold Michigan weather that we had this winter, but those problems are all ironed out,” Gilgenbach says.

However, the benefits the former reactor provides more than make up for those challenges, as well as for the $12 million price tag for the renovations, which was covered in part by many generous donations, including those from the Beyster, Knoll, and King families, the estate of Harold N. Cohn, and from U-M alumnus and current MIT Professor Emeritus Sidney Yip.

“The big advantage of the former reactor building is that the thick shielding walls make it possible to perform both accelerator beam research and detector development in the same building,” Gilgenbach explains. Those thick walls help protect people both within and outside the building from the radiation involved in the experiments.

He adds the building’s history is one of the aspects he enjoys most about working in the renovated space.

“I love the sense of history that we have preserved in the building by restoring the former nuclear reactor control console along with displays [honoring] the previous personnel who worked on the reactor and the old facilities,” he says.

Looking ahead to the future of the Nuclear Engineering Laboratory, Gilgenbach says things will likely get even more exciting once the linear accelerator is up and running, as it will allow researchers to perform a whole new range of experiments.

“The biggest thing is we’ll be able to do active interrogation of samples,” he says of what they’ll specifically be able to do with the accelerator. “So that is a means of detecting special nuclear materials that may not spontaneously emit large amounts of radiation, but if you stimulate the materials with gamma rays or neutrons, you can obtain a radiation signature that allows you to identify the material.”