Good Communications Skills and a Willingness to Learn Other Disciplines Required

Hodge says that the national lab system and government- funded research projects like JCESR are increasingly geared toward the development of applications that are dependent on multidisciplinary team efforts. Today, it would be impossible for basic research to transition to applied research projects without a multidisciplinary team at some point in its life cycle, according to Hodge.

Part of the reason is that scientists today leverage many more tools than in the past, says Hodge. The goal of applied scientific research is to create patentable industrial applications that could be licensed, he says, adding that this inevitably includes scientists and engineers working collaboratively. “I think this trend will get more intensive in the future,” he continues.

JCESR develops projects from basic science at the atomic and molecular levels all the way to a patentable research prototype that could be licensed to industry. “We also get industry input as well because we have industrial partners,” adds Hodge.

The team of the future cares deeply about both innovation and collaboration, according to Hodge. For its management team and principal investigators, JCESR picked positive, innovative, world-class scientists and engineers who were willing to work alongside junior lab researchers outside their discipline in an atmosphere of respect and trust. He notes, “A lot of that trust comes over time.”

The collaborative process is also aided by tools and cultural shifts aimed at promoting inclusiveness. “We started by developing a collaboration culture message that all our scientists reviewed and signed off on as a prerequisite for working in JCESR,” says Hodge. Among other objectives, the message was geared toward researchers concerned with protecting intellectual property (IP). To build trust and provide assurance that research results and IP would not be discredited or stolen, JCESR established a robust umbrella IP management plan and nondisclosure agreement for its staff. “That, plus the establishment of a spirit of collaboration, has really helped to create a positive culture within JCESR,” says Hodge.

Many scientists are accustomed to discussing their work as fully developed results and findings in publications and conference papers. As a result, “One intentional tool we have is a biweekly scientific webinar for everyone in the hub,” says Hodge. This gets researchers away from their comfort zone—where they present fully baked ideas—and engages them instead in real time with cross-disciplinary partners to generate feedback on ongoing research that may be applied across the team.

“It is one of our best-in-class practices that is open to everyone,” says Hodge, who explains that there is often built-in competition—for example, between computational versus experimental practitioners. This provides opportunities to see how different disciplines approach issues. “It is usually challenging to earn respect across disciplines, but if you assemble the right team, with people who are open and collaborative in the first place, it is a much easier process.”

Hodge says that an important facilitator for cross-disciplinary teamwork is the presence of internal communications tools and channels. “It is important to create an environment that is enriching with fulfilling work, that gives people the freedom to work under the tutelage of their principal investigators and to have a sense of ownership,” he says.

JCESR has created a new paradigm to transition from basic to applied science, according to Hodge. “People from different disciplines work alongside each other—computational with experimental, modeling scientists right next to engineers doing the prototyping—all of whom collaborate with our industrial partners to find ways to streamline and speed up processes,” says Hodge. Using this approach, engineers are able to make research prototypes based on computationally predicted, experimentally validated chemistries and immediately start to share their results within JCESR in real time.

Hodge says JCESR is developing multivalent batteries, an advancement over lithium ion types. He believes that it will take less than 20 years to develop its new energy storage technology—maybe 5 to 10 years using the multidisciplinary paradigm. “In the year and a half that we have been operational, we are on track to deliver a game-changing battery,” says Hodge. “The Manhattan Project and the space program were successful because they created a sense of urgency around a grand challenge,” says Hodge, who adds, “We are positioned to do that in JCESR—this is a new paradigm in battery R&D.”

To be sure, there are applications where the cross-disciplinary approach is not appropriate, says Hodge. “I’ve been on projects before where the subject matter experts spend a lot of time getting the non-experts up to speed and it is almost counterproductive.” He adds that those are few and far between. “Every project I’ve been on has benefited from people with varied backgrounds and a diversity of perspectives,” he explains.

For Robin L. Graham, deputy associate laboratory director, Argonne National Laboratory, the best approach depends on the particular problem to be addressed. A cross-disciplinary approach is indicated when “you realize you need more diverse expertise to get a good answer,” she says.

Within her broad sphere of experience, Graham lists the environmental science divisions at both Argonne National Laboratory and Oak Ridge National Laboratory. To solve environmental issues, “typically there are biochemists, anthropologists, economists, ecosystem ecologists, and computer scientists, all organizationally in one unit,” she says. This broad composition of disciplines “comes naturally from the problem you are trying to solve,” she adds.

In her current work in the biosciences division at Argonne, she notes that it is common for protein crystallographers, physicists, soil scientists, and microbiologists to work together. She says that this structure is also employed in the private sector and points to another of her former employers, Weyerhaeuser, which either owns or controls in excess of six million acres of timber-bearing land, as an example.

She believes that the multidisciplinary approach might have developed simultaneously in the private and public sectors. The work at both national labs and in private enterprise research is mission oriented—even though the missions may be different, they often require the same multidisciplinary organizational structure.

Addressing the prerequisites for team success, Graham says that the biggest requirement for team effectiveness is that the team members (including the managers) have good soft skills. “People have to be willing to learn things outside of their own discipline—to learn new vocabulary and to think about their role in the larger effort. They need to have good communications skills, have a willingness to learn and be excited about learning other disciplines and paradigms.” She notes that the approaches for conducting and publishing research vary greatly between disciplines.

A key challenge, especially in the academic environment, is that people are becoming increasingly expert in their own areas, which works against the cross-disciplinary idea. Graham notes that this has started changing over the last several years in research universities and even earlier in private and national laboratories. In general, she notes, “We started to value publications that showed interdisciplinary strength.”

Like Hodge, she believes that counterproductive use of the multidisciplinary approach is the exception rather than the rule. “You could have a problem that is so narrowly defined that it is not needed,” she says in reference to a project led by a team of plant physiologists investigating the response of trees to elevated carbon dioxide levels. “The questions were narrow enough that you only needed plant physiologists to answer them within their specialty.” She noted, however, that an international team investigating the impact of elevated carbon dioxide on ecosystems of the world would require a larger multidisciplinary team.

Graham notes that in selecting team members, especially those early in their careers and without a lot of cross-disciplinary experience, it is important to discuss with them whether they want to focus on one problem in their specialty area or if they would prefer to apply their skills to diverse problems.

“The first thing is to pull people together by skills and interests. Then you need to set up regular face-to-face communications, because you have to actually develop personal relationships between people,” she says. “We just started a team to develop a new cell imaging technology. We needed to bring in biochemists, physicists, microbiologists—a very diverse team. We first arranged for everybody to meet each other and talk about what they think they will contribute to the team.”

It is also important for team members to be willing to explain their discipline and how they approach problems using vocabulary that would make sense to the educated person on the street, says Graham. “This is hard because different disciplines sometimes use the same words and concepts differently, making communications all the more important,” she says.

Graham says that it is important to make the effort to avoid selecting members who do not fit well in a team. It is important for teams to have a clearly recognizable person in charge—“where the buck stops”—with the authority to tell individuals, when appropriate, “I don’t think this is working out to both of our benefits and next year you won’t be getting funding from us.”

Graham points to a DOE bioenergy investigation as an important multidisciplinary success story. She says, “A team of agricultural economists, plant breeders, ecologists, and plant physiologists were required to answer where energy crops were likely be grown and could a billion tons of biomass be produced in the US every year for bioenergy? And if you did that, could you do it and still supply the agricultural products that were needed from the same land?” This resulted in the widely used 2005 Billion-Ton Study, which was updated in 2011: U.S. Billion-Ton Update: Biomass Supply for a Bioenergy and Bioproducts Industry. Based on that and other examples, she sees a bright future for interdisciplinary research.

Looking to the future, Hodge says it is important for JCESR’s multidisciplinary paradigm to be replicable. According to Hodge, “We have created something successful; now the trick is to share the lessons we learned with other industries that could benefit from it.” 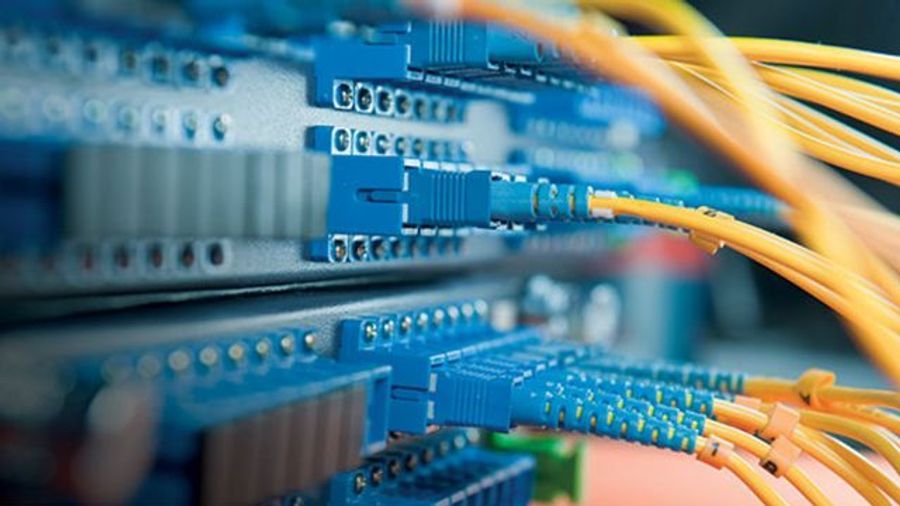 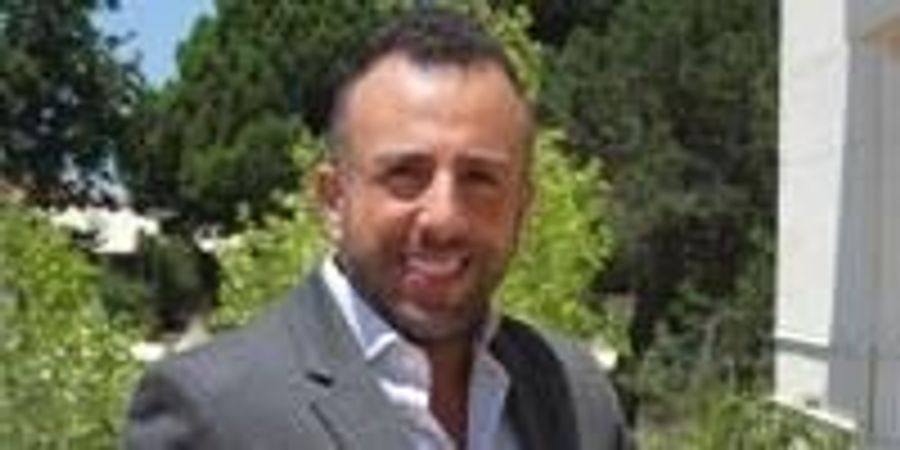