A cursory glance at the cannabis industry would tell the casual observer that here is a callow juggernaut, born of a rush by stout-hearted adventurers to fields of emerald gold with the ingenuity and will to extract and combine all possible value from an illimitable source. Behind this veneer, the reality is that, although there are now at least 220,000 personnel in more than 30 states working full-time in legal cannabis jobs, the security of workers and the profitability of companies have become uncoupled from the sanguine expectations driven by that rush.

In California, much like in the dot-com bubble of the late 1990s, the wave of speculative investment into small and innovative companies has crested (for now), and industry insiders and analysts are finding a familiar pattern of smaller companies with unrealistic revenue goals dwindling en masse or being engulfed by larger ones. As a result, the industry experienced layoffs of 15-25 percent in California in 2019 across all sectors including cultivation, distribution, retail, laboratories, and tech support. These problems have been magnified by three key factors: 1) the special status of cannabis as a state-regulated entity illegal at the federal level means that bank-provided bridge loans are unavailable, and businesses cannot deduct expenses from their taxes; 2) more than 80 percent of municipalities have decided against allowing licensed dispensaries and cultivators, resulting in a legal cannabis desert for wide swathes of geography; and 3) California levies excise, sales, wholesale, and state taxes, which add a premium of at least 45 percent to the final product. Industry-wide expenditures associated with laboratory QC testing and regulatory compliance combine with tax burdens to transmit a heavily inflated price to consumers. Therefore, the tax windfall initially projected by state analysts has failed to meet expectations and has instead become a tax shortfall of up to 50 percent.

On the other hand, the black market is dominant and thriving. With the long history of cannabis as an outlaw, countercultural staple, many users maintain loyalty to long-time illicit suppliers, with a glut of supply and a comparatively low price. The United Cannabis Business Association used Weedmaps to derive an estimate of unlicensed California dispensaries, and reported that it identified approximately 4,000 total dispensaries, even though less than 900 were licensed by the state. This finding implied an openly operative black market at least three times the size of the legal one, an approximation supported by economic analysis that calculated 2019 revenues for California’s legal industry of $3.1 billion, compared to $8.7 billion in illicit (obviously tax-free) sales.

Although Colorado was the first state to legalize recreational cannabis, the size of California’s population and the scope and history of its agricultural production make it the driver of the market, with one-third of all US revenue expected to originate there. However, other states are experiencing their own specific growing pains. While Massachusetts has similar problems with high taxes and correspondingly inadequate demand for legal products, Colorado and Washington State both experience competition from illegal grow operations that evade detection through their proximity to legal ones. Additionally, Colorado borders two of the four states where both THC and CBD are illegal, so clandestine distribution across state lines is a compounding problem. Overall, analysts predict that at least 70 percent of cannabis trade in both the US and Canada (where it is federally legal) is illicit.

As the industry plateaus and professionalizes, so too will the qualifications and expectations for prospective employees. Although cannabis has cultural associations with bearded hippies and surf ’s-up burnouts, the actual culture within most companies more closely resembles the fast pace and total immersion of a Silicon Valley start-up. Consequently, the screening process incorporates all of the factors one should expect of any corporate job. Because of the number of personnel that enter the regulated cannabis industry with black market experience, one should expect rigorous background checks to identify felony drug convictions, which negate hiring based on federal law, although some states allow expunction of marijuana arrests. Ironically, federal law additionally applies to hiring and firing based on positive drug tests, so it is wise for applicants and employees not to violate rule number three of Scarface—don’t get high on your own supply.

There are screening service contractors such as HireSafe that adhere to individual state compliance regulations. HireSafe offers a cannabis-specific Essential National Profile suite, which retrieves a panoply of federal, county, Homeland Security, and FBI records, from moving violations to Most Wanted lists. Additionally, Vangst is the industry’s premier recruitment and talent service, and can connect employers with pre-screened candidates for positions ranging from entry to executive level, from outside and inside the industry.

According to Eric Vlosky, director of marketing for PurePressure, a Colorado company specializing in solventfree oil extraction equipment, employee screening in all sectors of the industry—including cultivation, retail, processing, tech, and laboratory work—is analogous to any other professional workplace. Because of vertical integration, if you are working in a lab, you are still often representing the profit- and PR-driven business side. He stresses, however, that because many employees have made transitions from other industries, including the black market, and there is not yet a set of standardized criteria on which to base an applicant’s suitability, the checking of references becomes extremely important, and the absence of verifiable references is a major red flag in the hiring process. "While skill fit is crucial in the hiring process, by prioritizing talent and a passion for the plant, you're more likely to bring on individuals who will perform better in the long run," he says. As an aside, Vlosky estimates that at least 60 percent of the industry is male, so the pioneer companies that can successfully strategize diversity in hiring will have an immediate competitive edge.

Working in a laboratory has its own specific requirements that in some ways exceed those of the rest of the industry. To start with, a laboratory workforce should have a research science background. In testing labs, the extent of science education is predictive of salary and responsibility level, and is a PR tonic that can assuage the concerns of regulators and investors that analytical discrepancies do not arise from organoleptic testing. Innovation in extraction, research, and QC testing are analytical chemistry-intensive fields, and some undergraduate training in science, preferably chemistry or less frequently biology, is de rigueur even for entry-level technicians. Candidates for higher-level analyst or lab director positions often have graduate degrees and significant experience. For those without prior access to cannabis laboratory experience, work in pharmacy labs can serve as a valid surrogate, with access to analytical instrumentation such as sample preparation microdevices, and chromatography and mass spectrometry reagents and apparatuses. Because of the constant innovation and adaptability required to follow changing regulatory compliance measures, programming is an additional valued skillset. For lab managers and directors hiring new employees, passion and comfort with the science, and familiarity with cannabis-specific lab safety are two key screening gates that a strong candidate should easily pass. A truly thorough interview process can validate a candidate’s experience by challenging him or her to generate accurate cannabinoid profiles compared to standards, and to identify impurities spiked into samples.

Higher education has begun in isolated instances to respond to a demand for cannabis-specific training programs. Although there are robust nationwide programs of academic cannabis research, with increased NIH funding to identify new therapeutics and understand biological mechanisms, university culture as a whole has shied away from instituting cannabis-centric programs of study and certification, with concerns that discrepancies between national and state policies would jeopardize federal funding for research and student loans. As a result, accreditation organizations and non-accredited private colleges initially led certification efforts. The ANSI National Accreditation Board offers a two-day certification course for understanding and applying ISO/IEC 17025 standards in cannabis testing labs. Realistically, this certification may enable inadequate candidates to be competitive in an evolving industry, and may additionally be a red flag that one is trying to legitimize his entry from the black market. Hocking College in Ohio has filled a gap in legitimacy by designing an innovative and chemistry-intensive two-year associate’s degree program in cannabis laboratory technician training. Northern Michigan University, a state- and federally-funded campus with the abovementioned concerns, has nonetheless developed a bachelor’s degree curriculum in medicinal plant chemistry, in which students focus on chemistry, genetics, accounting, and physical geography—their only contact with cannabis comes in off-campus internships to mitigate risk to funding and credibility. Lab managers and directors should expect quality entry-level candidates to come out of programs like these for the near and foreseeable future. 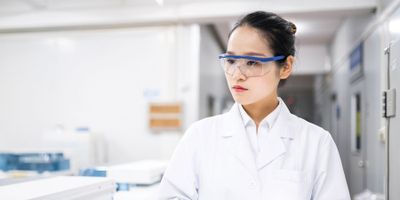 Health and Safety Compliance for the Research Laboratory

Health and Safety Compliance for the Research Laboratory 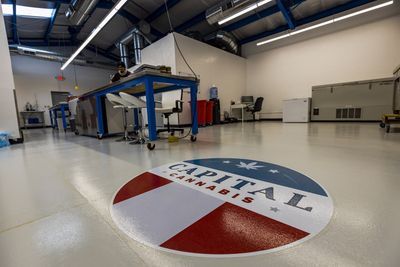 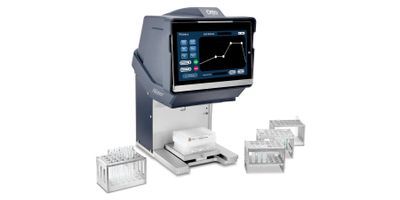 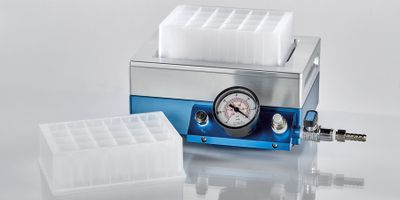 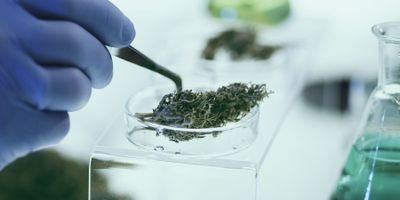