“We were thinking of doing a 360-degree feedback to help him understand what other people think.”

This very frustrated comment was made to me recently regarding efforts to explain to a very senior manager that his style of leadership wasn’t working for his team. At that point, all efforts to convince him to change were foundering on the manager’s simple perception that things were working just fine.

Such being the case, it’s hard to imagine how a 360 can help. Sure, he might find that his subordinates don’t like him very much, but he might also feel that his job isn’t to be liked, but to get people to perform.

More broadly, it’s important to recognize that there’s nothing particularly special about 360-degree feedback. It’s just a tool and, like any tool, is only useful if you know how to use it and if it’s the right tool for the job. Before you can tell if it’s the right tool, you have to understand what the job is.

In this situation, the job is getting someone to accept feedback and then make use of that feedback to alter his or her behavior. At a very fundamental level, feedback is only useful if it gives people the information they need to change, and provides them with a rationale for the change. It helps considerably if the feedback also increases an employee’s sense of competence and commitment to the goals of the team and the company.

I’ve certainly known of many managers who had the attitude that their subordinates were either going to change or find employment elsewhere. This attitude is not particularly useful for either the employee or the team. It doesn’t benefit anyone to have a disgruntled employee quit at a critical time in the life of a project, or an employee not learn how to improve his or her performance in a meaningful way. In this situation, the team never really achieves the level of performance it’s capable of achieving. If we were talking about sports, it would be like being the evil sensei in The Karate Kid.

Before you can provide feedback to the manager, you need to decide what the feedback is going to be about. In other words, clear goals must be established well in advance of any feedback session. As obvious as this may sound, I had someone at one company tell me just the other day that he had no idea when he was going to get a performance review, but that was okay because he also had no idea on what criteria he was going to be evaluated. As a result, this employee figured he’d simply do his best and hope that things worked out in the end. Without goals, feedback is often arbitrary and comes across as little more than criticism and argument.

Assuming that you have clear goals defined, feedback needs to be timely. The idea of giving feedback at six-month or oneyear intervals is convenient, but of limited effectiveness. Few things are more infuriating to an employee than to be criticized about something that happened months before. Half the time, employees don’t even remember the incident in question; it’s even worse when the criticism is about a behavior the employee’s been repeating because he or she didn’t know not to. There are a number of ways that people can get timely feedback that doesn’t involve a formal feedback session with a manager. It is well worth the time and effort to set that up.

One of the big criticisms I’ve heard from employees is that they feel powerless when they get reviews. Making people feel powerless is one of the best ways to get them to ignore what you are telling them or argue every step of the way in an effort to reassert themselves. Fortunately, it’s relatively easy to avoid this. I always invite the employee to pick the time and date of the feedback session. It’s best to provide some choices and let your employees make the decision. That simple act of giving them some power dramatically increases the probability that they will be receptive during the feedback session itself.

Another problem that I’ve run into repeatedly is feedback that is so vague it’s useless. Telling someone that he or she is “too aggressive,” or “not aggressive enough,” is basically meaningless. Your definition of “aggressive” and your employee’s definition may be completely different. In one company I worked with, the same employee was told by two different managers that he was “too passive” because “he wouldn’t argue for his position with the team,” and “a good team player,” because he was willing to “put his ego aside and work for the good of the team.” In this case, the feedback said more about the people giving it than about the person receiving it!

If you expect employees to make changes in their behavior, or continue a behavior that you like, the trick is to make the feedback specific: “In the meeting the other day, I felt you had some very valid points and were too quick to give up on them,” is far more useful than, “You were too passive.” What’s more, “I noticed the other day that you requested input from the rest of the team and used that input to modify your suggestion; I really appreciated you setting an example of collaboration instead of competition on the team,” is far better than, “You’re a good team player.”

A question I frequently get asked is how to provide negative feedback. The key thing to recognize is that while you might see negative feedback as helping employees improve their performance, they probably see it a bit differently. They may feel that their jobs are being threatened. Someone who feels threatened will not be receptive, so it’s important to create an atmosphere conducive to presenting the information. It must be clear that you are trying to build the employees up, not tear them down. The stronger the relationship you have with your employees, the easier that will be.

Many managers like to deal with negative feedback by using the sandwich technique: they slip the negative comments in between two positive comments. There’s nothing wrong with that, but you still have to make the feedback precise. In this case, it’s even more critical to focus on specific behaviors in specific situations. As MIT’s Ed Schein advises, avoid making generalizations about someone’s motivation or personality. As soon as you tell someone that they “clearly don’t want to do well,” or “clearly don’t have what it takes,” or that they “have a difficult personality,” you are moving into the realm of criticizing unchangeable aspects of the person. That’s neither useful nor productive and will only generate resistance. Instead, just as with any feedback, focus on exactly what the employee did and when they did it. Explain to them how you feel that their actions sent the wrong message. Focus on your perceptions and feelings; don’t try to tell them what they were feeling. Take the time to understand exactly what the problem is; don’t make assumptions.

In one situation, a lab manager had an employee who wasn’t producing results. He first told her that she wasn’t working hard enough and quickly moved to haranguing her to work harder. She quit and was replaced by another scientist. He also failed to get results and the process repeated until that employee quit. The manager went through another two employees before he accidentally discovered that there was an error in a protocol the scientists were required to follow. Each one had tried to discuss the possibility with him, but he consistently refused to listen, adopting the attitude that any problems were purely a result of their lack of dedication. This cost the lab four excellent employees and set them back more than a year on one of their projects.

Paradoxical as it may seem, the best way to improve the performance of someone who is not performing as well as desired is to find things to praise, not things to criticize. You still need to convey the problems, but you should also take the time to build the person up. For example, “What is wrong with you? That experiment had nothing to do with our goals. Why did you waste your time and energy on that instead of working on something productive?” is not particularly useful or effective. At best, it will decrease, if not destroy, the employee’s motivation.

To build the employee up and increase his or her motivation, the situation needs to be approached a little differently:
“I am concerned that you are not producing results at the rate we expected. I need to understand what is going on. Can you fill me in on what obstacles you are facing?”

Give employees the chance to present their perception of what is going on. Like the manager in the example above, you might hear something unexpected, or they might have misunderstood their goals. This is not uncommon among newer employees, especially those fresh out of graduate school. The trick is to focus them where you want them and give them the confidence to succeed. Like the coach of a star athlete, you should make it your goal to send them out ready to move mountains. Try saying something such as:
“While that experiment wasn’t really appropriate to our goals, I really liked the way you approached it. You put an incredible amount of effort into it. You researched the information you needed, you spent the time necessary to carry it out. I have rarely seen that level of focus. How can I help you apply it to…”

If an employee is worth keeping, there is always something to praise. Make it specific and tie it to the behaviors you want to see repeated. Invite employees to participate in brainstorming with you to improve their performance. If necessary, conduct the conversation over coffee or lunch; changing the venue and adding a relaxed note helps stimulate creativity. Inviting them to help you help them increases their sense of personal control and their level of personal commitment to success. Transforming a negative into a positive is one of the most powerful techniques for increasing an employee’s productivity, motivation, and commitment.

Remember, if you want someone to change, focus on the things that are changeable. It’s easier for all concerned, and far more productive. No one likes to be changed, but most people will eagerly embrace change when they see the benefits of the change.

What sort of feedback are you providing? 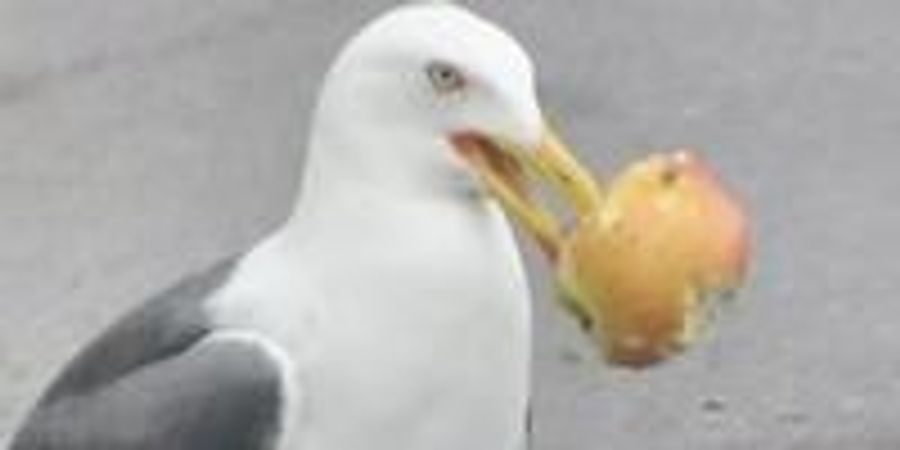 Effective Feedback is Not a Sandwich or a Seagull

Effective Feedback is Not a Sandwich or a Seagull