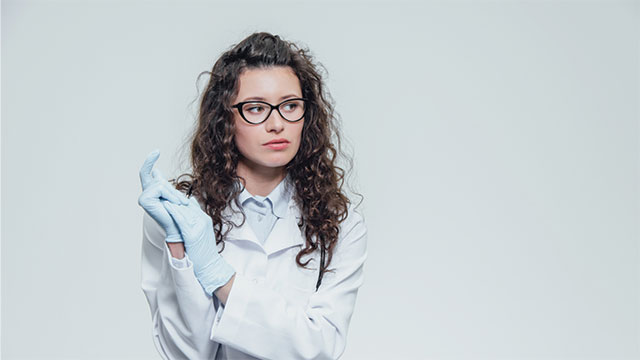 On January 7, 2010, a graduate student at Texas Tech University in Lubbock, TX synthesized a highly energetic compound in excess of the lab limit of 100 mg when it detonated in his hand and he suffered severe injury. The student, who was working with a more junior graduate student, synthesized one batch of approximately 10 grams of a high-energy metal compound.

An examination of the case revealed the research’s principal investigators (PIs) indicated they had verbally communicated a 100 mg limit on the synthesis of such material. However, no formal method was established to communicate such limits or how students complied. Still, it seemed that quite a few students were aware of such a limit.

So where was the failure in this case? “It was a lack of any kind of safety program, lack of awareness on the part of not only the student that got injured but the student's colleagues who knew what he was doing and never said anything about it [and] lack of following their own rules within the lab, that is, they had a limit of a 100 mg, and he synthesized 10 grams,” says Neal Langerman, principal scientist at Advanced Chemical Safety (San Diego, CA).

Further, the lab’s safety programs did not support an employee or student following logical and reasonable safety rules, boiling down to what Langerman describes as a lack of safety culture—one that seems to, at least anecdotally, be lacking more across learning institutions. However, there isn’t enough data, in academia or industry, to support such a hypothesis, a major problem in the entire lab safety enterprise.

“Generally, one can argue that when you have an environment where accountability for safety stops at a supervisory employee level without going any higher, you will have a weak safety culture,” Langerman says. “That statement can be supported with data [and] describes the typical academic institution. Typically, a PI is the top of the accountability chain in his or her laboratory.”

Establishing a lab environment that revolves around safety depends on the company culture and its people. Every company and lab is different. At some labs, training videos are very effective, whereas in others standup lectures or on-the-job training are good methods to get employees up to speed on safety.

At Summit Environmental Technologies, Inc. Analytical Laboratories, in Cuyahoga Falls, Ohio, where Carol Barrick is quality manager, a combination of methods are used to train the 55 staff members working in the lab. New employees spend their first day onboarding with the Quality Assurance department where they go over, among other things, a safety orientation. Supervisors then handle any laboratory-specific safety items that need to be communicated. But it doesn’t stop there. “We have an annual, more generalized EH&S training that covers a variety of topics to include fire safety protocols (evacuation procedures, rally points, etc.),” Barrick says. “We go over the chemical hygiene plan, slips, trips, and falls, how to handle our waste, support equipment (fume hoods—proper sash height and sash location, as well as disruptions of the air flow), fire extinguishers, eyewash stations, etc.”

Because they are also a radiochemistry laboratory, Summit arranges annual radiation safety training, as well as foreign soil protocol training—as they accept soils from other countries for analysis. Furthermore, Summit provides monthly training to roll out any changes to their system. Knowing that safety training can be boring, Barrick and her team also turn to the Dow specialized lab safety topics and even YouTube videos that use rap music to talk about safety, wearing safety glasses, and lab coats: “We'll play those and [utilize] any way to keep people engaged.”

Such ongoing training is a very important part of ensuring lab staff stay safe, a protocol that the commercial airline industry employs. “What do they do before every single flight?” Langerman asks. “The crew does a safety check, the flight operators, the pilots, do a safety check, and all passengers are given safety training. This is the repeated safety awareness in what is arguably the strongest safety culture on the planet.”

For Langerman, the core question for management to ask themselves is: What do we need in order to incorporate safety at an equal priority to productivity? Then, each organization can come up with a system that works for them. “But whatever method or combination of methods that are used, two things have to be in place: 1) the company has to have a written policy that makes safety a core value or a value equal to productivity, and 2) all training must be documented in writing,” he says. “A sign-in sheet contributes to a safety culture: It tells the employee that we consider this so important that we want you to document that you were given this information,” Langerman adds.

Even though such action provides support to mitigate legal action, it also sends a clear message to remind people to follow protocol. “That's why we have certified aircraft engineers, technicians, and maintenance people sign off on every piece of maintenance they do,” he says. “We want to be able to trace it but we are having that individual say ‘I did this work correctly.’ That's safety culture.”

Labs in the United States must follow The Occupational Safety and Health Administration’s (OSHA) laboratory standard, which experts consider a good starting place. The standard, 1910.1450, tends to focus more on health rather than on physical safety, but combined with the National Research Council’s Prudent Practices in the Laboratory, a good lab safety program could be put into place.

Summit Environmental follows the OSHA lab standard. “All bottles are labeled [and] waste drums are labeled with the start date of accumulation [and] waste contained in the drum,” Barrick says. “Support equipment is tested on an annual basis or any time we feel it may be coming out of conformance, among many other steps we take to ensure our laboratory is a safe environment to work [in].”

OSHA also has an enforcement function, so in principle they could inspect laboratories. However, Langerman explains, OSHA's inspection program is subject to financial limitations, a political constraint as it relates to how much money is appropriated by the government. And given its limited funding, the agency conducts enforcement based on risk.

“When you look at occupational risk across all occupations, laboratories are pretty low risk,” Langerman says. “So, OSHA puts much more enforcement action into things like construction, agriculture, [or] food processing than it does into laboratory enforcement. So realistically, following lab standards is a business obligation. You must do it but the business can't rely on OSHA to enforce it. The business has to set its own culture.” This means that organizations can take the lab standards as a starting point and build on it.

But even in labs with robust safety culture, managers and safety experts agree that people can get lazy, especially with simple things like putting on glasses and lab coats, making chemical exposure an issue. So it’s up to those in charge to continually remind staff of the importance of following protocol.

Furthermore, it’s important for managers to follow the same protocols as their staff. Or as Langerman says: “Be an example to follow.” For instance: “a lab manager is meeting with a lab supervisor and they're sitting, drinking their coffee and somebody says ‘let's get up and go to the lab.’ Leave the coffee in the office, put on lab coats, put on safety glasses, then go to the lab, demonstrating that the rules of the lab apply to everybody including the most senior people in the company. Because that sends a message but the message of not doing it is much stronger: ‘If Dr. Smith doesn't have to do it, why should I?’”

A Handful of Universities Seem to Control Flow of Ideas, People in Academia

A Handful of Universities Seem to Control Flow of Ideas, People in Academia