In a world where technology and methods are continually improving and demands for quick results are increasing, the willingness to change becomes an inevitable part of running a business or institution. Laboratories are no exception. Improved accuracy and turnaround times, as well as technological advances in methods and technology, are just a few of the factors that create a demand for constant upgrading and modification— both to technical setup and to policy.

Most agree that frequent improvement is essential, but implementing change is not always an easy feat. Bureaucracy, budget constraints, resistance from employees and employers, and a potential initial lag in productivity are just a few of the obstacles to achieving transformation in the lab.

Company structure and concept and laboratory needs also determine when and how change occurs.

For Dr. Steven Green, codirector of the Tissue/Cell Culture Core at the Iowa Center for Molecular Auditory Neuroscience at the University of Iowa—a basic research lab—change is led by science.

“We formulate hypotheses and test them,” Green says. “As we progress and develop new hypotheses to test, we may need to make significant changes in techniques or model systems. In general we find that science is served better by changing technical approaches in order to achieve a desirable goal rather than [by] choosing a goal just to accommodate established technical approaches.”

For others, change becomes necessary when set-in-place procedures and equipment come up short. Such was the case for Larry Decker, who saw the need for change when he joined AccuStandard as its organic quality control manager earlier this year.

Decker knew that he would be working alongside a great group of scientists and chemists who all had many years of training and experience. But he also knew great strides had to be taken to improve the physical laboratory space and systems being used at the time.

“They had a good system in place, but we needed to make it great and [help them] understand constant improvement is always expected,” he says of his lab staff, who were experiencing difficulty delivering reports to the clients by the committed dates.

But this improvement wasn’t going to be easy: “Implementing change [within] a seasoned crew is no walk in the park,” he says. “I believe that bulldozing all the systems and methods that are currently in use just for the sake of change is not the signal you want to send. This [approach] works well with newer employees, but not with a group of analytical scientists who thrive on questioning ‘why?’”

So he had to make the case for why these changes were required.

Communicating a vision and creating an alliance

Decker explained his vision for change through a clever little scheme in which he had asked the human resources (HR) representative to walk into a scheduled meeting with the group leaders to discuss the importance of commitment.

“[She] interrupted the meeting to say our paychecks would not be delivered on time due to a clerical error at our corporate office; however, direct deposit checks would still go through,” he says. “This information caused a disruption among the members of the group, and there were moans and groans. Moments later, the HR [rep] poked her head in—again disrupting the meeting—to let everyone know that not only were the paychecks not coming, but the prior information regarding the direct deposit checks was wrong and that those checks wouldn’t be deposited until next week.”

“At that point people started to realize why deadlines and sticking to commitments were important,” he says. “This [need for] change really hit home.”

The scheme was the start of Decker’s making a case for improvement. This not only helped motivate a more global movement, it also brought in ideas for refining his vision.

“I believe once you have a vision of the way things should be, it is imperative that you have acceptance from the group,” he says. “Along with their acceptance comes their ability to suggest other creative ideas. This combination of ideas becomes a ‘buy in,’ and it is then easy to implement the new practice with the team.”

The National Forensic Laboratory, where Smith works, also utilizes a quality team concept, with the team being composed of senior-level directors representing each of the functional units, the quality assurance manager, and the laboratory director. This type of lab structure demands an inclusive approach when considering change.

“While these individuals are by definition experienced forensic scientists, they typically no longer perform casework,” she says. “Since the policy makers are removed from casework, it is imperative to consciously consider the potential impact of policy change on the analyst at the bench and to include the analysts in the change process.”

Including team members in the vision for change is akin to forming a powerful coalition—a step in Kotter International’s 8-Step Process for Leading Change. The steps include the following: create urgency, form a powerful coalition, communicate the vision, remove obstacles, create short-term wins, build on the change, and anchor the changes in corporate culture.

“Although the initial vision may be my own, eventually it must become a shared vision and that will only be possible through buy-in from the individual team members,” Smith adds. “The desired acceptance is markedly easier and more meaningful through shared ownership. There is a greater likelihood of routine compliance with policy when the affected scientists have contributed to the change, whether through draft authorship or through critique and refinement of the work of another.”

Once a team is onboard with change, lab managers need to overcome obstacles. Though some obstacles, such as economic ones, are rather universal, many are unique to an organization or a laboratory situation.

A few years back, Connie Schreppel, director of water quality at Mohawk Valley Water Authority, and her department saw the need for realtime monitoring equipment, both at the source and at the drinking water distribution system network. This need was first recognized following the events of September 2001 and the push for water system security.

“It quickly became evident that monitoring systems such as these [offered] many benefits to a drinking water system, including (but not limited to) monitoring water quality, recognizing pressure differences, and detecting water main breaks,” she explains. “Of course, [as with] most projects, money is one of the limiting factors.”

To fund new equipment and ensure that she isn’t wasting resources, Schreppel first beta-tests new technologies and incorporates them into her monitoring program.

“Many times I am able to determine [whether] the equipment is useful and reliable before purchasing the technology,” she says.

Once Schreppel determines that a technology is useful, she needs to look at the budget to determine whether the system is within their means. If it’s out of reach, she gets creative.

“Sometimes I am able to negotiate a discount or payment plan for purchasing the equipment while it is still in the early stages of marketing,” Schreppel says. “Also, by testing the equipment in situ, I am able to determine [which] purchases make sense and which ones will be sustainable, easily maintained and a good fit for our programs.”

Luckily, once the vision for real-time monitoring equipment was communicated to the governing board of the water system, her laboratory was able to secure some funds from a Department of Homeland Security grant. Since then, Schreppel and her team have incorporated maintenance, equipment purchase and improvements to the monitoring systems into their yearly budgets.

“The system must also be reliable and sustainable, and we need to keep personnel interested in the success of the system,” she adds. “I feel I am very lucky to have an engaged staff—working with new technologies is exciting, and my staff embrace that.”

The staff also realize that by overcoming obstacles, they are achieving something greater than just change within the lab.

“The rewards are really peace of mind and confidence that we are producing the best-quality water for the health and well-being of our customers,” Schreppel says.

Sustaining and building on change

“This program may be changing the training that laboratory staff receive in the very near future,” Schreppel says. “We are discussing the possibility of training our technicians to also be licensed water system distribution system operators. This training will enhance the monitoring program and give the technicians insight into the operation of the water system overall.”

Smith agrees that once a change is successful, those in charge and the team can build on that success for further improvements. But she believes that for the change to last, it must happen in carefully tried steps.

“Effective change management might include strategic incremental change undertaken with the understanding that the change will be tested and, ultimately, undertaken only if the results produced offer enough of a reason to pursue change,” Smith says.

Recently, her team took on a project entitled Lean Six Sigma (LSS), through which it objectively demonstrated that the removal of packaging from drug parcels for the purposes of fingerprint analysis significantly impacted the throughput of the forensic chemists who were otherwise responsible for removing such packaging prior to analysis.

“The project assessment process recognized that someone would be impacted by the removal of the packaging, whether it is the forensic chemist after the evidence is submitted or the customer (postal inspector) prior to submission for analysis,” Smith says.

Through a test period with a subset of customers, the project directly tested the effect on turnaround times if the customer removed or separated the packaging prior to submitting the evidence for analysis.

“Ultimately, it was decided that it would not be prudent to specifically require the removal of packaging because sometimes to do so could present a danger to the customer or negatively impact the integrity of the evidence. Additionally, customer service is a priority for Forensic Laboratory Services and mandating removal would not serve that goal. But it was also demonstrated that reducing this burden on the forensic chemist, when feasible, would clearly produce a quicker turnaround for the customers who were willing/able to perform the packaging separations prior to submittal,” Smith says.

This, Smith adds, represented a well-tried and therefore thoughtful change wherein numerous affected parties were involved in testing the effects of change prior to any official policy change.

Lasting change also requires commitment from both policy makers and employees. Otherwise the resources and time spent on implementing change could go to waste.

“You must always have interest in and build a team that is committed to seeing a program succeed and be sustained,” Schreppel says. “A lot of money and time can be expended launching a monitoring program, but if it is not calibrated and maintained, the confidence in the system and the data it produces will quickly deteriorate and the data will be useless.”

Nonetheless, regardless of any failures to implement change, labs must continually make every effort to improve their systems and policies for success.

“We must strive to keep up with technology and update procedures and testing to meet the challenges of the ever-changing environment,” Schreppel says of Mohawk Valley Water Authority. “It has become important that water systems cultivate a culture of security, and we must continue to protect the public that relies on our drinking water.” 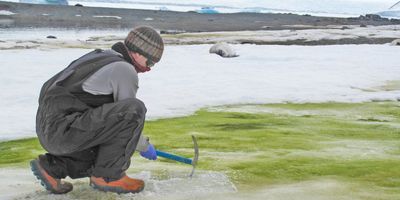 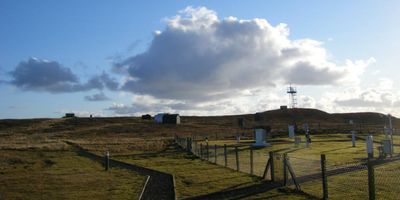 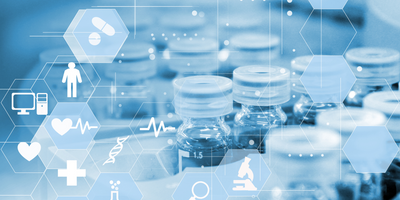 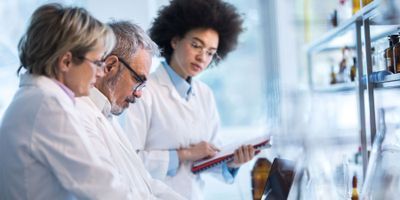 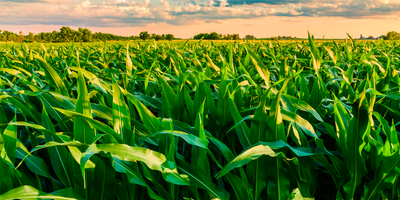