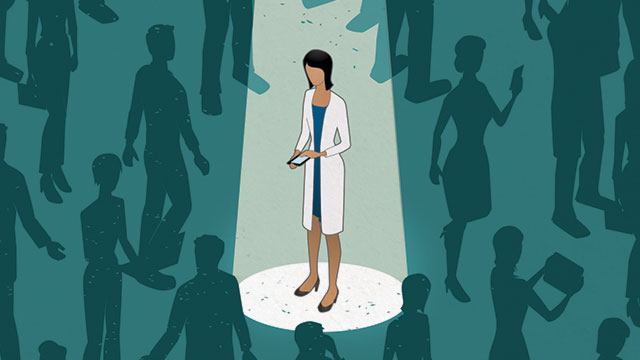 Finding, recruiting, and retaining talent in your lab

One formidable weapon for attacking such challenges is to recruit, initiate (onboard), train, and retain suitably qualified staff who are both attuned and motivated to produce the desired results on a sustained basis. However, it is not always easy to unleash that armament.

“This is a very challenging process,” says Sean Orlowicz, manager of PhenoLogix, a division of privately held Phenomenex (Torrance, CA), which makes and sells chromatography consumables for HPLC, GC, and sample preparation to contract manufacturers and researchers worldwide. PhenoLogix currently has 11 scientists in its 9,000-square-foot facility, and is looking to hire more. It serves as the applications (analytical chemistry) laboratory for Phenomenex, and works directly with customers in clinical research, drug development, wastewater treatment, and e-cigarettes, among other areas.

Orlowicz says that the company has a careers website, which lists its job postings, and its human resources department posts vacant positions on major job boards on the Internet. Sites like Indeed, Monster, Glassdoor, CareerBuilder, Simply Hired, and LinkedIn, among others, are frequently listed among the top ten on job board lists.

In addition to job boards, even though there is lingering reluctance, labs often turn to social media for help in attracting and holding on to workers. Experts in the application of new media commonly advise labs to find ways to leapfrog perceived hurdles and tap into the immense networking potential of job boards and informative blogs that discuss industry staffing trends and salary scales, and even start their own forums of interest, including LinkedIn groups.

Orlowicz acknowledges the power of online networking tools and job boards, and says that his company was able to tap into yet another powerful avenue—local organizations and groups associated with chromatography, such as the American Association of Clinical Chemistry, American Society of Mass Spectrometry, and American Chemical Society, among others. He says that these groups have broad reach via communication with their large numbers of members. “We are just like their customers; we are not just looking for analytical scientists, we are often looking for subject matter experts—and we try to work with the societies that have those subject matter experts to find people for our lab.” That approach has proven to be more successful for finding the right candidates at this juncture, he says.

Orlowicz says that his company has not turned yet to external services that provide qualified staff on a temporary basis. “None of our work is really routine, so we are not looking for workers to follow standard operating procedures, which is what many of the [personnel] tech services provide,” he says.

He says that there are essentially three employee engagement platforms. In general, candidates become employees within Kelly’s temporary contingent. Yau says that a fraction of the company’s business is strictly referrals, in which candidates are directly referred to clients— the direct placement model. “We also have a third platform—temporary to hire—in which the candidates work for Kelly; subsequently, interested clients may hire them as their own employees.”

Providing some insights into the process, Yau says clients provide information to Kelly about their staffing needs—for example, saying that they need a laboratory technician at a certain location for six months. The candidate would be hired as a Kelly employee and assigned to the job at the company’s site. Or a company could ask for a direct requisition, in which Kelly refers the candidates to the company to be hired at its end—and the company pays Kelly a referral fee. Then there is the blend model, in which candidates start as Kelly employees and are hired by the client company as a result of their excellent work performance or because of continuing needs for their skills.

On the decision of whether to engage permanent or temporary staff, Yau says, “Kelly’s larger customers, especially our Fortune 100 clients, tend to come to us more for temporary contingent staff. There are scenarios in which some of our smaller clients want contingent staff, but this is seen mostly in the larger customer space rather than the small and medium size.” He says that if the jobs are more quality-control types in manufacturing settings, they tend to be more on the contingent side, as in the case of seasonal manufacturing, in production labs, or where additional shifts are added, among others.

Services like Kelly provide benefits and value for their stakeholders beyond the job match. “Normally, it would be hard for the talent to apply directly to a large company, but if they apply and get screened through Kelly, one of the benefits is that they could get into companies that they were dreaming [of joining]—a win-win situation for the talent and the company.”

Yau says that Kelly vertically integrates into the industries it serves. He says that clients expect to be supplied with specific skill sets applicable to their industries. He notes that the company has developed a pipeline of candidates, and is heavily engaged with specialized technical groups and societies to be able to access talent with specialized skills in a broad range of disciplines.

In addition to accessing great candidates for their positions, Kelly’s company clients derive cost benefits, says Yau. He says that companies that recruit on their own have to expend considerable resources to build and maintain robust recruiting operations. “[In science], this averages out at about $25,000 to $30,000 per talent for internal recruiting teams,” says Yau. He adds that these are roughly the same costs for using the services of a staffing firm. “Reputable firms constantly recruit, so the bench is very deep, and we populate specific disciplines in each of the areas,” Yau says.

Turning to the challenges associated with recruiting, training, and retaining workers, Orlowicz says that they try to find people with subject matter expertise, with experience in the market segments they serve, and the ability to solve problems logically—though expertise in chromatography is highly prized. He adds that the company places considerable value on versatility and creativity among its staff because chromatography “is an art and a science.” He says personality matters, and considerations include how each member will fit into and contribute to the team, especially in a small group like PhenoLogix.

He says they take their time in the hiring process; new candidates meet the entire team, and all members provide input in the process. They also avoid rushing in the onboarding process. “We do not believe in overwhelming people; we give new people time to find their way and ensure that they are really well resourced. We recognize cases where training is needed, and we provide it as early as possible.”

Creativity and subject matter expertise are critical, he says, adding, “That is how we grow internally.” Orlowicz says the team includes people with decades of analytical chemistry experience in a number of areas. He says mentoring is extremely useful, and it is really irrelevant whether the mentor has less or more experience than the mentee. “If you come from a strong food industry background, it might be useful to have a mentor with a clinical industry background, because those areas have different matrices and different skill sets. While staff share the same equipment and the same science, the overlap of expertise and experience between the scientists really helps our 90-day onboarding process as a whole.” He adds, “As we onboard people, we smoothly transition them into productive method developers.”

Scientists want to be creative, take ownership of their projects, and follow their own paths. As a result, toward the end of the onboarding process every effort is made to match new hires with another team member to guide them along that path, he says. Along the way, there is a lot of encouragement and need for corrective action, but he adds, “So far that has worked pretty well—this has turned out to be a very successful way of doing things.”

Sethuraman “Panch” Panchanathan, senior vice president, Office of Knowledge Enterprise Development at Arizona State University (ASU), believes that opportunities to collaborate in a multidisciplinary framework, such as an academic institution or laboratory, play an important role in generating broad-based interest in solving technical problems. This, in turn, could well translate into greater interest and retention within laboratories and entire institutions, especially if there are clear opportunities to connect research and development processes with actual solutions and applications. Such collaborative environments supported with effective communication of concepts and goals could help foster committed and motivated problem solvers.

Panch, whose research interests include human- centered multimedia computing and ubiquitous computing environments aimed at improving the quality of life of people with disabilities, among other areas, champions the dynamic role that institutions like ASU play in attracting and retaining scientific talent by making available a highly collaborative ecosystem that is well suited to the pursuit of science and technology.

For all their success at PhenoLogix, Orlowicz says, “It’s a challenging world out there now in most areas of analytical chemistry.” He notes that the pharmaceutical marketplace has had a number of tough years with lots of cuts and layoffs, but there was some resurgence in the past two years. “PhenoLogix has fortunately benefited from that economic recovery. We have fantastically skilled chromatographers. It is not our facility or our equipment—anybody can buy that. We have a group of highly educated, talented, and experienced people here who can approach challenges creatively.”

While this appears to make them invaluable to their customers, Orlowicz says, “We are really just getting organized in building a model of true collaboration with customers.”