Mentoring is broadly acknowledged within academia, government agencies, and commercial enterprises as an effective tool for the development and nurture of scientific and technical personnel— one that also provides important economic advantages. Yet in numerous public and private sector research and service laboratories in the United States, mentoring activities are hardly situated anywhere near center stage.

Technology-driven operations in the US appear to eschew formal mentorship and even apprenticeship programs, opting instead for informal “follow Joe around” models in which more experienced scientists provide closer supervision to new or junior colleagues for a stipulated period. While helpful, this approach has serious shortcomings. Logan points out that numerous techniques in the field of forensic toxicology, for example, are buried in textbooks. “If one knows where to look, these techniques can be found with some effort. The best way to gain this type of knowledge, however, is to work under the guidance of someone with the experience who is willing to serve as a mentor.

“I don’t see any other way to pass on key aspects of knowledge in this field, which in some ways is like a craft. You do have to learn at the elbow of somebody who has that experience,” said the veteran forensic scientist. 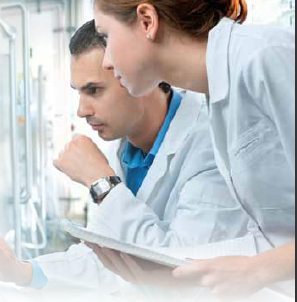 To be sure, academic institutions such as the University of Michigan’s Rockham Graduate School have developed mentoring guides for their faculty (mentors) and students (mentees). Rockham’s guide urges instructors to become actively involved via interpersonal and personal relationships in the career and well-being of their mentees. It recommends that mentors support and promote their mentees’ goals in keeping with the direction and aspirations of the mentees. In addition, the guide recommends that mentors adjust their approach to accommodate any cultural, ethnic, or gender issues applicable to their mentees.

Logan joined the NMS team of about 140 technical staffers nearly five years ago. He says that NMS conducts internal mentoring activities for both its forensic and clinical laboratory operations, which generally share staff and skills. More stringent demands for data interpretation in forensic toxicology make the need for mentorship and professional development in the forensic area very important, according to Dr. Logan.

NMS hires candidates with analytical skills that enable them to interface with laboratory analysts, to help troubleshoot methods, to design new methods, and to design validation studies for new procedures. New hires must have a thorough understanding of laboratory analytics. They have to be able to analyze and interpret and recognize errors and limitations in the data and be able to testify in court. Such skills can’t be acquired as part of a university degree or training program; instead, they have to be learned from others with the relevant experience doing that kind of work, according to Logan.

“For our forensic toxicology postdoctoral entry position, we typically take people who already have some postdoctoral experience, but we don’t always require that. Our structure lets them spend the first six months in our laboratory, because while they are required to have relevant analytical experience, they typically don’t have casework experience.” During their first six months, entry-level candidates participate in analyses, explore different techniques, and satisfy the relevant requirements. Following that they are paired with senior toxicologists and start reviewing cases and interacting with clients. “That program typically lasts three years, and that gives the person who is hired for the position three years of necessary experience to become board certified,” says Dr. Logan.

Logan also runs the NMS nonprofit center for forensic science research and education, which focuses on professional development and mentorship. The center was established by NMS’ owners about 15 years ago, and it currently operates two different programs. One, the Forensics Mentors Institute, an eight-week summer program for Philadelphia- area high school students, is designed to encourage students with some aptitude in science and an interest in forensic science. “We have twelve students in that program every summer. They are paired with MS students from Arcadia University’s forensic science program, which we participate in,” says Logan. The second is a two-year MS degree in forensic science in conjunction with Arcadia University that includes both teaching and research. Students interact closely with NMS staff members who serve as adjunct faculty in the Arcadia program.

Dr. Logan, who served for 18 years as state toxicologist and crime laboratory director in the state of Washington, says it is unusual for state forensic labs to have formal mentorship programs where someone is specifically paired with a senior scientist who is a designated mentor. “Typically, it is done more as a training program with a series of milestones to complete,” he says.

Logan notes that mentoring takes place at different levels. “A lot of the MS postgraduate program is factual content; the mentorship component entails introducing people to key aspects and people in the field to promote their professional development and to help them identify contacts for the purpose of finding or changing jobs,” he says. “For junior scientists starting out in their careers—starting a postdoc or leaving a graduate program—it is important to have a sponsor or a mentor who is able to provide some context for the theory and academic training.” He believes that mentors need to be subject matter experts in given areas. For the mentees, it is important to select a mentor who works in the same field and who is amenable to some kind of structured access. “It is all very well to have lab directors as mentors, but if they are so busy that their mentees can’t get to see them, necessary feedback and support may be lacking.”

Mentors must have people skills and be willing to provide constructive criticism and guidance. A mentor needs to understand how to motivate people, get to know their shortcomings, and help them with solutions. “One area that I believe is important is intellectual generosity— including the mentee in projects, affording them opportunities to contribute, listing them as a coauthor, introducing them to your colleagues, helping them get a toehold in professional organizations, giving them opportunities to serve on committees—all these areas will help them and their ability to build their own network and to develop as leaders and professionals in the field,” says Logan. He continues, “In a company like ours and in many large toxicology laboratories, there are a number of activities that are done by committee.

We invite our junior people into those environments to participate in decision making, give them projects that will help them develop professionally outside their strict task list, allow them to pursue their own ideas, and encourage them to attend professional meetings, participate in the programs, and make presentations,” he says.

Dr. Logan says that he often gets questions from people who can’t find that kind of mentoring support within their organizations about how to fill the gap. “In such situations it might be necessary to approach more than one mentor who can address smaller parts of the job— and at the same time offer them some of your services, skills, time, and interest in some of the projects they are working on. The more you reach out to them and have something to offer them, the more you can build support with people within your organization not directly in your field.” He says that self-mentoring— building a network by attending professional meetings, attending poster sessions, and participating in panel discussions, among others—might also be an option.

Martin Mitchell, managing director, Certified Laboratories, Inc. (Plainview, NY) says that because a number of recent university graduates enter his workforce poorly prepared and even less motivated, “it is necessary to do a tremendous amount of in-house training and mentoring.” He says that in the past new recruits were better trained in local universities and junior colleges or may have received training in food companies and smaller labs before joining the staff at Certified Laboratories, which specializes in food analysis. “Now at best you hope they have an understanding of the science, and you really have to start from scratch in training them.

“We typically partner our trainees with more experienced food analysts for a period when they seem to be joined at the hip,” says Mitchell. He says that recruits are supplied with all the relevant written instructions and procedures, and they have access to the lab’s library. There are also regular departmental and interdepartmental training sessions covering subject matter of value to all the lab’s functional areas.

He defines this phase of the process as “training, not mentoring.” There is a fair amount of staff turnover within the first two years of hire because new recruits, many of whom are just exploring, typically use this period to decide whether they have chosen the right field, according to Mitchell. “We find that after they have been here two years it often means that they believe they made the right choice. It is after these first two years that mentoring starts to take place.”

Mitchell says that mentoring usually involves workers and immediate supervisors. “There are several monthly one-on-ones, then there are the regular performance reviews, and we are very big on mutually defined goals.” Certified currently employs more than 200 people and has four labs in its corporate structure, two in California, one in Illinois, and its main corporate lab/office in Long Island, NY.

Mitchell, who has been in the food lab analysis business for the past 40 years, says, “One of the points of differentiation between the food labs that have survived and grown and those that have disappeared or been absorbed by larger organizations was the way they treated their people. At the end of the day, without my people I’ll have a lot of real estate and very expensive equipment but nothing else—so valuing, training, and mentoring the people who work in our labs is of critical value.”

Meanwhile, starting February 2013, NMS’s Dr. Logan will assume the presidency of the American Academy of Forensic Science with a similar goal in mind—emphasizing mentoring and skill development. For his year as president, he has selected the theme “Forensic Science Mentorship and Education.” He says he has chosen this area because “Within the organization, this is something we have struggled with in the past. We do have a mentorship program, but it is sort of in suspension right now because we have so many people who want to be mentored and so few who volunteer to do mentoring.

“I want to encourage the organization to be more open. I believe that people can contribute a lot without feeling that they are adopting a junior scientist or taking on another employee. That’s important to me, and it will be my focus in my year in office.”

Bernard Tulsi is a freelance writer based in Newark, DE. He may be contacted at btulsi@comcast.net or by phone at 302-266-6420. 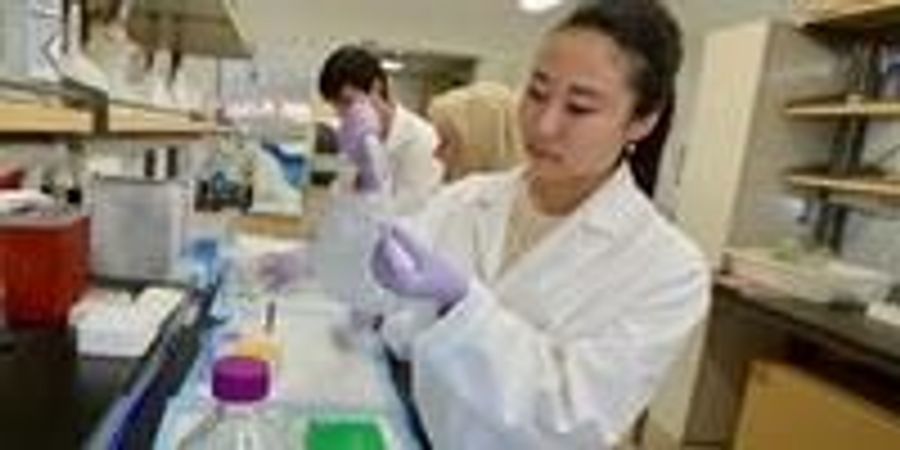 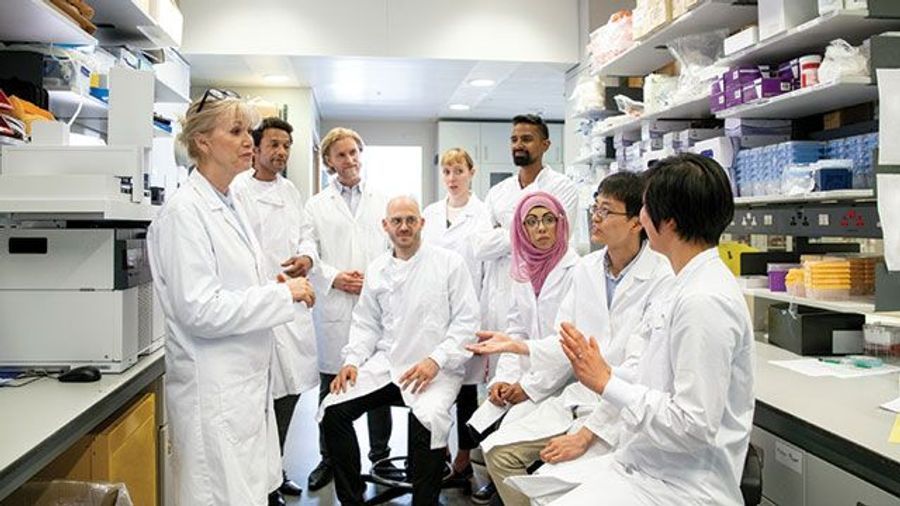 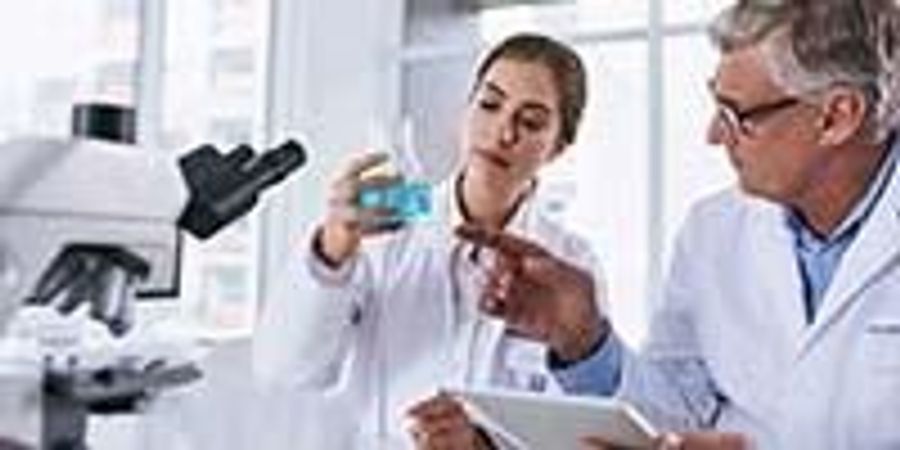 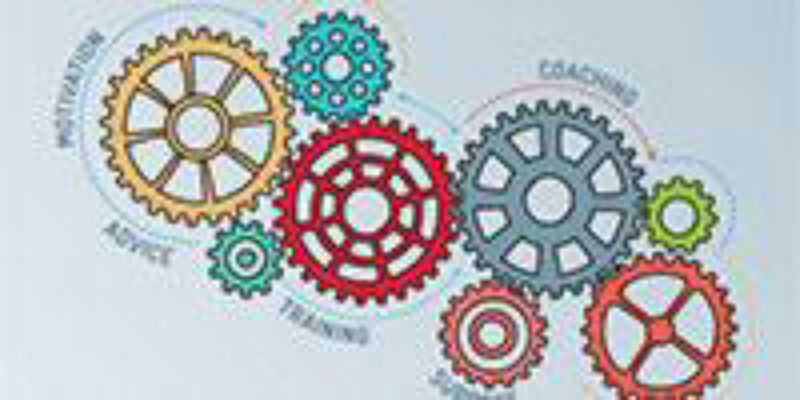