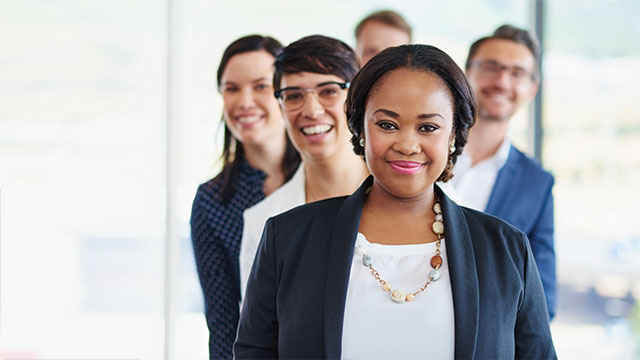 Historians William Strauss and Neil Howe defined millennials as the group born between 1984 and 2004, though various ranges spanning the early 1980s to the early 2000s are commonly used to delineate this cohort. The fuzzy generational boundaries are echoed by a set of loosely defined cultural stereotypes. Some say the group has an inflated sense of entitlement, that millennials are job hoppers, and that they don’t want to work hard. Others note that they are resourceful and tech-savvy.

Much writing about millennials has focused on these and other traits and how they manifest in the workplace. Often, the aim is to help managers deal with employees who belong to this mysterious cohort. But increasingly, millennials are finding themselves in leadership roles, which means the narrative is changing. This is certainly the case in science, where both industry and academia are experiencing an influx of millennial leaders.

Yet little is known about how the leadership styles of millennials compare with leaders of other generations. “While some data exists on millennials generally, we found no significant research into the group of millennials already in leadership roles,” says Elease Wright, consultant to RW2 Enterprises. That was the motivation behind a report released earlier this year by RW2 Enterprises in conjunction with Development Dimensions International and The Conference Board called “Divergent Views/Common Ground: The Leadership Perspectives of C-Suite Executives and Millennial Leaders,” which compared the values and preferences of millennial leaders and non-millennial leaders at various organizations.

According to the findings, there are many similarities among cohorts of leaders. “The researchers had the theory that many ‘myths’ about millennials were more life stage-related than generational,” says Wright, who notes that the theory was supported by their data in many instances. As individuals moved up in management, she says, the differences between cohorts tended to diminish.

Nonetheless, a few key generational differences were uncovered. The data showed that millennials are more ambitious about their careers and expect advancement at an accelerated pace. Millennials also find coaching from managers, internal coaches, and mentors more effective. And more than other generations, millennials value achievement and fun.

The report focused on larger organizations in which millennial leaders held roles ranging from group managers to certain C-suite positions other than CEO. By contrast, in the world of biotech, it is not uncommon for millennials to assume the top role in the company.

Thirty-two-year-old Rachel Haurwitz, for example, has been president and CEO of Caribou Biosciences—a CRISPR gene editing platform technology company—since the company’s inception in 2011. It was just after earning her PhD that Haurwitz and three other scientists cofounded the company to capitalize on a discovery made in their lab at the University of California, Berkeley, that had exciting genome editing applications.

Because her three cofounders were academics through and through, with little interest in jumping into the head position at a company, the role fell to Haurwitz. “They were just crazy enough to give me the opportunity to try and run this thing,” she says. Since then, the company has grown to 40 employees.

Haurwitz describes her leadership style as hands off. Her aim is to make the top-line goals and deliverables clear to the employees. “Then I try to get out of the way so people have the space and the resources they need to be successful.”

At the same time, because Caribou Biosciences is still a relatively small company, Haurwitz places great importance on cultivating a collaborative culture. “You can’t just cross your arms and say, ‘That’s not my job, I’m not going to do that today,’” she says. “I think that comes from leading by example and jumping in and rolling up my sleeves and helping in various places when that’s what the company needs.”

Teamwork is also a crucial element for Michael Johnson. At 27 years old, Johnson is CEO of Visikol—a company founded to commercialize a product that renders biological tissues transparent. He and his cofounders developed the technology in graduate school, and they soon began to realize it had substantial market value.

“For me, it’s really about trying to lead through consensus,” says Johnson of his leadership style. “I try to get feedback from everybody, because my team is a bunch of very, very smart people.”

Johnson believes that millennials as a whole approach leadership somewhat differently from older generations. While older leaders rely heavily on advice and feedback from experts, millennial leaders take greater advantage of the information at their fingertips. “Our background is in science,” he says, “but if we want to become experts in accounting and finance, for example, there are free courses, there’s free information … how we approach the world is totally different.”

Millennials who have risen to academic leadership roles likely find themselves in a unique position than those in industry, because career advancement in academia is traditionally a lengthy process. After completing a doctoral degree, aspiring academics often spend some time working in their field or pursuing postdoctoral training before earning their first permanent faculty position.

This was not the case for Melissa Gymrek, who was hired as an assistant professor in the Department of Computer Science and Engineering and the Department of Medicine at the University of California, San Diego, last year—at the age of 27. Though it was only recently that she herself was a graduate student, Gymrek now has her own group of graduate students to supervise in her lab.

“My goal is to get people as excited as I am about the work,” she says. Rather than trying to come off as the “big, scary boss,” Gymrek takes a friendlier approach to leadership. “I know different people have different styles, but for me, I’ve found that to be successful.”

For Tim Downing, a 30-year-old assistant professor of biomedical engineering at the University of California, Irvine, leadership is about inspiring others to lead themselves. “Self-motivation is critical in academic research,” he says.

Although Downing finds himself borrowing inspiration from his former professors, he maintains that leadership has to fit with one’s own personality. “So I definitely don’t shy away from trying different approaches from my professors,” he says.

Rising to a position of leadership at a young age may seem ideal, but millennial leaders face their share of challenges. Importantly, many of these challenges can be attributed to age rather than generation. As Wright notes, millennial leaders face many of the same challenges that previous generations have faced; the difference is that millennials may face them earlier in their careers than prior leaders because they tend to get into leadership roles sooner.

In stark contrast with the tech industry, being young can be a major disadvantage when starting a biotech company, according to Johnson. He muses how someone as young as 18 years old could easily receive $10 million to start a pizza delivery app, but getting half a million dollars to start a biotech company is a far greater hurdle because investors want to see demonstrated expertise in the field, hundreds of publications, and decades of experience.

Johnson gets around that challenge by making an effort to partner with established experts in the field. Showing investors that there are some people with gray hair that trust the company’s technology earns Visikol greater credibility, he says.

As a young assistant professor, Gymrek had expected her age to be an obstacle and that she would have to work extra hard to gain respect from her colleagues and students. But to her surprise, that has not been the case. “I haven’t encountered any difficulties yet because of my age,” she says.

Instead, some of the greatest challenges that Gymrek has faced in her new position have been in the social realm. Most of her colleagues are a decade or two older than she is. “There’s not a whole lot of young faculty around that are under 30 years old,” she says, “so I think that is probably the biggest challenge—finding that network of people that you can relate to that is similar in age to you.”

Although Haurwitz finds that she is often underestimated because of her age, she does not necessarily view this as a problem. “As much as that might annoy me, I enjoy being underestimated,” she says. “It very much makes me want to show them what Caribou’s going to do.”

Both Gymrek and Haurwitz recall being in situations where older colleagues have made offhanded remarks about millennials. “I often just sit there and smile,” says Haurwitz. “I think most of them aren’t paying attention to exactly who’s in the room when they say it. I think it’s pretty funny.”

Clearly, unfavorable stereotypes about millennials abound; however, as Wright points out, the leadership report debunked a number of these commonly held beliefs about millennials. For example, contrary to popular opinion, the millennial leaders who were surveyed for the report were not job hoppers, they did value face-toface interaction, and they believed in hard work.

As millennials enter into the realm of leadership, there is a growing need to understand how members of this cohort differ from their predecessors, but also to identify points of commonality. When it comes to leadership approaches, styles, and values, generation gaps do exist … but they may not be as wide as we think.

Leader Effectiveness May Depend on Emotional Expression

Leader Effectiveness May Depend on Emotional Expression