The slogan of the micromanager may well be “If you want something done right, do it yourself.” However, “Micromanagement stifles initiative and kills motivation,” according to a very successful manager, World War II General George S. Patton. Despite this, many of us have worked for micromanagers and some of us (this author included) have even been micromanagers. Why do people micromanage? How can micromanagers change their ways?

The emphasis of the last decade has been on shortrange industrial R&D and technical service. This has resulted in short-term project deadlines and provides fertile ground for micromanagement. Micromanagement can help lab managers meet these short-term deadlines but at the cost of long-range research and strategic planning.

People micromanage for four main reasons. First, people recently promoted to the management ranks may be uncertain of their ability to be a manager and leader but confident of their abilities as hands-on problem solvers. More comfortable when in the problem-solving mode, they often move in on their subordinates’ responsibilities to solve their problems for them. Second, in achieving their first management position, researchers are usually chosen on the basis of their accomplishments. They’re rewarded for doing things and taking control. The third reason is that micromanagers may feel uncomfortable delegating authority because they worry they’ll lose control and power. Fourth, micromanagers often are ambitious and want to achieve superior results. So they want to be sure their staff members don’t make any mistakes that could make the manager look bad. This lack of trust leads micromanagers to closely monitor and control their staff members’ activities.

Managers may not only tend to micromanage staff members, they may also micromanage team leaders, project managers and lower-level managers who report to them. In doing so, micromanagers can deny these people opportunities to develop and practice their own management skills.

Micromanagers often feel that they are helping their staff members who should then be grateful. However, as Sally Love, president of Paragon Management Consulting (Greenville, South Carolina), observes, “Your employees are probably not very thankful toward you for helping them get through their problems. In fact, they may be downright resentful.” By taking away the planning and organizing aspects of employees’ jobs, micromanagers indicate a lack of respect. Micromanagers sometimes interrupt workplace conversations among subordinates, discuss employees’ perceived mistakes in front of others, and even overrule decisions. All these behaviors also indicate a lack of respect for employees.

People being micromanaged often stop making suggestions for fear of being criticized. As a result, many good ideas go unvoiced.

Some micromanagers can be quite successful up to a point. For example, former President Jimmy Carter was well known for his micromanagement style. Among other things, he was known to personally review staff members’ requests to use White House tennis courts.

Working for a micromanager can increase staff turnover. Foster comments that not many people want to work for a company where they are not allowed to think. Of course, increased staff turnover can reduce productivity and have an adverse effect on morale.

Micromanagement is the opposite of staff empowerment. Why? Because in helping your subordinates solve their problems by working on them yourself, you rob them of independence and make them feel powerless. Employees become dependent on you to solve their problems for them and fear criticism if they proceed on their own. As a result, they are less productive and work slows down.

Micromanagement is a drive for perfection, according to Dr. Paul Baard, organizational psychologist and management professor at Fordham University. Baard says he’s seen it lead to procrastination, resulting in missed deadlines due to repeated project revisions and staff members not speaking up in meetings for fear of being wrong.

Working for a micromanager can even adversely affect employees’ health, according to Baard. If staff members feel powerless, their productivity declines and illness often increases. When workers have independence and the power to make their own decisions, they are motivated, energized and physically healthier.

Being a micromanager can place a lot of stress on micromanagers and their relationships with others, according to psychologist Dr. Alan Cavaiola of Ocean County College (New Jersey). Cavaiola suggests that exercise, deep breathing, yoga or meditation can create a sense of calm, making it easier for managers to break the micromanagement habit.

Don’t necessarily attend all project team meetings. If your project manager or team leader is doing a good job, your presence may not be necessary. When you do attend a team meeting, do not make yourself the center of the meeting, particularly if it is being well run and team members are making good progress on their assignments.

Allowing staff members to develop their own strategies to achieve their job goals does not mean lowering your own standards or abandoning your management responsibilities. Work with staff members to ensure that their strategies are consistent with corporate limitations such as research budgets for new equipment. Capitalize on staff members’ knowledge and capabilities.

Coaching employees is different from micromanaging them. Coaching helps staff members gain the skills they need to carry out their job responsibilities. Encourage them to be problem solvers who come to you when they do need help but only do so after making reasonable efforts to solve problems on their own. When they do need your help, coach, don’t instruct. An example of this is an interesting scene in the movie The Hunt for Red October. Hero Jack Ryan is flown out to an aircraft carrier in preparation for capturing the submarine Red October and explains his mission to Admiral Painter. With the admiral’s first questions, it becomes obvious that Ryan doesn’t have any clear ideas about how to accomplish his mission. Rather than issuing orders, the admiral shifts to a coaching mode that forces Ryan to think through his mission and develop his own plan.

I’ve seen this scene played as a coaching example twice in management short courses. Because he developed the plan himself with the admiral’s coaching rather than having the admiral plan his work for him, Ryan was more committed to its success and willing to do more to achieve that success.

As manager, focus on work group goals and allow your staff members a major role in determining how to meet these goals. Your primary roles as lab manager are goal setting and allocation of resources, including staff members’ time, to achieve these goals. Another responsibility is setting performance standards. Diane Tracy, author of 10 Steps to Empowerment: A Common-sense Guide to Managing People (William Morrow and Company, New York, New York), observed, “When asked to stretch beyond their selfimposed limits, people discover powers they never knew they had. A manager has more power to achieve his own objectives when the people who work for him work to their full capacity.” People won’t do this for a micromanager.

Responding to a micromanager

Working for a micromanager in my first industry job was a shock for me. I had never expected to be supervised more closely in industry than I had been in graduate school or while working on my senior research project in undergraduate school. I soon learned that there are four ways to respond constructively to a micromanager. The first is to accept the situation and keep your sense of humor. This is easiest when the micromanager is an excellent chemist who makes good decisions. This is what I did on my first job.

A third response is to ask for training to enable you to solve problems on your own. This approach is most effective when staff members work together and all make similar requests.

The final response is to exit the situation and find a manager whose work style is more compatible with your own. This exit may be to another department within your company or to another firm. In either case, the change should be made only after careful consideration. When leaving your current assignment, don’t burn any bridges behind you, particularly if you remain with the same company. The manager you leave behind may be your supervisor again someday.

The secrets of delegation

Staff members need to understand that, while being given independence and authority, they are now responsible for achieving their goals and meeting mutually agreedupon deadlines in doing so. Establishing mutually agreedupon deadlines, organizing work to be performed by teams, and setting project milestones are all ways managers can maintain control while still empowering employees.

When empowering their staff members by delegating independence and authority, managers must follow up to determine how well the staffers are performing and whether goals are being met. They must effectively communicate this information to staff members. People need to understand how to improve their performance to meet the manager’s performance standards. When providing feedback, follow the dictum “Praise in public, criticize in private.”

Other tips for micromanagers

There are several things micromanagers can do to break the micromanagement habit:

Ask yourself the question, “While I’m micromanaging, who is doing my job?” Amazingly enough, managers often neglect their own job duties to take on the often more comfortable responsibilities of solving their staff members’ problems for them. This often means they are limiting their own career advancement.

Avoiding micromanagement can improve your own morale, reduce your stress level, and increase your own contributions to your organization. 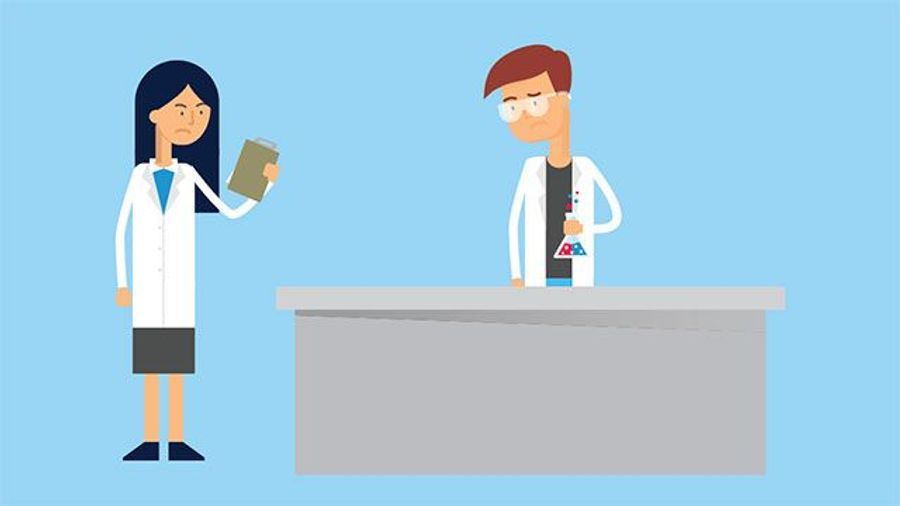 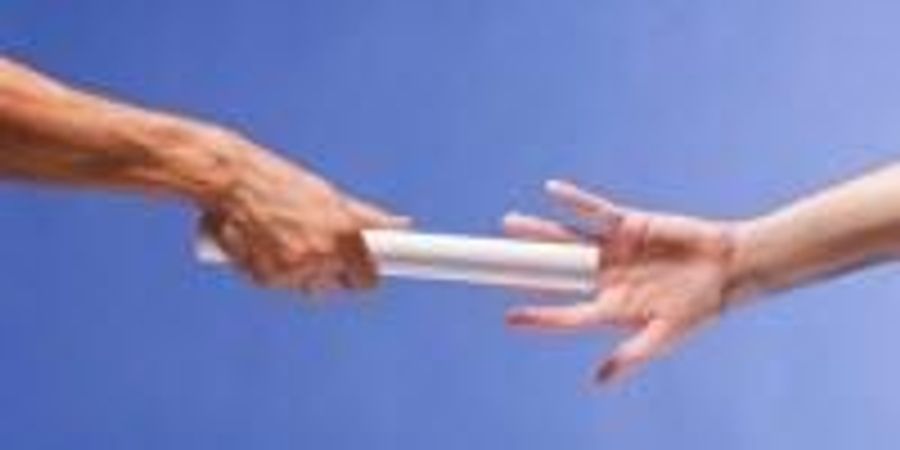 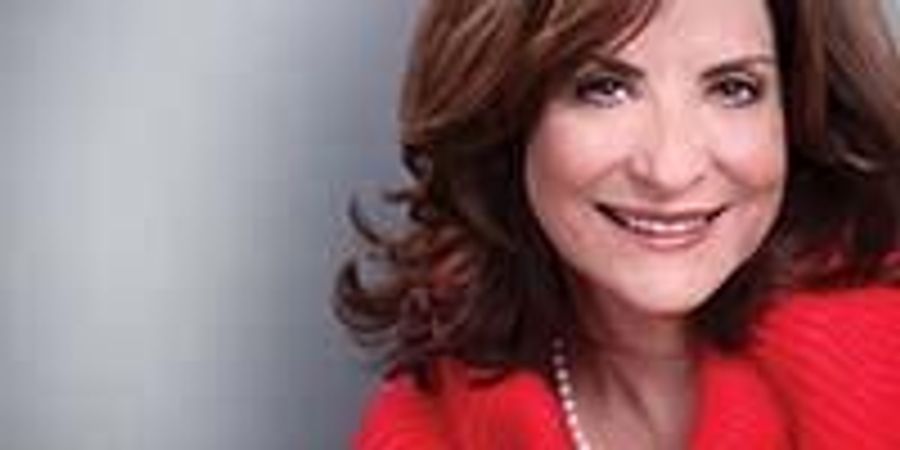