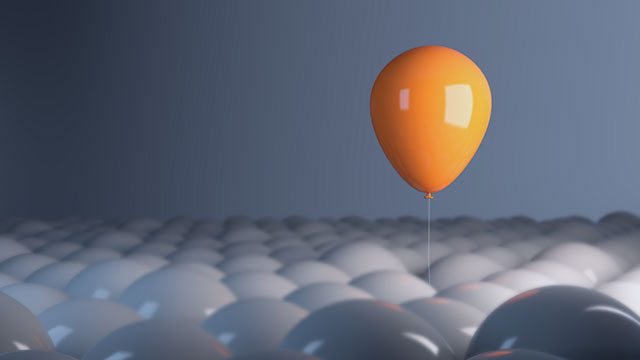 While the career trajectory of each person working in a laboratory is unique, most people on the technical side of the business begin as a bench technician or a scientist. Those who enjoy the analytical aspect of the work often remain in that position for many years, sometimes until they retire. But those who prefer to manage the day-to-day aspects of running a laboratory will move—after gaining sufficient experience, certifications, and training—to the managerial or supervisory ranks, where they will run a team or an entire lab.

Such was the case for Bob Deutsch, president of AGVISE Laboratories, which provides agricultural testing services and has locations in North Dakota and Minnesota. “I was hired as a soil scientist to start a soil-testing laboratory for a company that was not even one-year-old,” he says. “As the lab grew, I took on more responsibility. When the founder of AGVISE sold the company as an ESOP [employee stock ownership plan] to the employees, I was named president.”

AGVISE currently employs about 65 year-round staff members, including five lab managers and assistant lab managers, two corporate managers, and 35 full-time analysts. Deutsch is responsible both for conducting administrative duties and for troubleshooting issues as they arise. His day-to-day routine, however, varies with the seasons. “During the busy soil-testing season, I spend much of my day talking with clients and responding to emails,” Deutsch says. “During the off season, I help with computer programming and preparing price quotes.”

It can be typical for a lab manager or president to deal with both administrative and technical issues. This is particularly true for smaller labs where each person, including the higher-ups, wears multiple hats.

At Mission Mountain Laboratories (Arlee, MT) where there are just a handful of employees, president and CEO Kimberly Nuccio is very much involved in the daily aspects of running the lab. “I supervise the employees and manage the day-to-day operations,” she says. “They do all the analytical work, but I make sure that they get all the stuff they need and do their jobs.”

Mission Mountain Laboratories is involved in water, soil, environmental, nutraceutical, dietary supplement (for label claims), and contaminant testing. The lab also tests food for pathogens (such as those from meat-packing plants) and has recently broken into medical marijuana testing, an area that is especially in demand given the state’s new regulations on cannabis.

From the ground up

Nuccio’s rise to the top was perhaps not typical of those transitioning to a managerial position. After graduating from college, she worked at the University of Montana conducting research for one of her professors. Soon after, she began a position with a dietary supplement company as a microbiologist. The company was not doing very well, so she went back to school and finished up her medical technology degree. Then she worked the night shift at a hospital as a medical technologist for several years. During that time, she also began a master of business administration (MBA) program. While working full time and going to school, she started receiving calls from potential clients looking for water and meat-plant testing services, so she took minor jobs on the side. Soon, Nuccio rented a small space for $300 per month and obtained some new equipment so she could expand to test for heavy metals and perform high-performance liquid chromatography (HPLC) techniques.

Related Article: Planning The Next Step in Your Career

When Nuccio’s MBA program required her to write a business plan, she decided to draw one up for a laboratory. In 2002, she opened the doors to her lab, and in 2005 she incorporated as Mission Mountain Laboratories, essentially starting out as president. Now she runs the lab with her aunt, who is the vice president and works off-site but is involved with marketing and overseeing some technical aspects of the business.

Perks of being in management

Becoming a manager is a balancing act that requires a solid background of education and experience, and often involves marketing and knowledge of client relations. Even an individual who has all these qualities may opt not to take a managerial position, because although the job is exciting and comes with a multitude of perks, it can also have some downsides.

“The responsibilities are huge, and I’m fully invested, so the way I look at things is different from somebody who’s [just] there for a job. As you move up, you have more responsibilities and you get paid more, but there are a lot more headaches,” says Nuccio. “You don't just go home and forget about your job and do whatever you want.”

At times, she explains, you cannot sleep because you’re thinking about tasks that need to be undertaken or things that require attention. The job can become a part of you. “Some people can handle the pressure of being in this position, and some people can’t,” she says.

Those who would like to advance in a small lab such as Mission Mountain should be looking not just to grow themselves and their own careers, but to expand the business as well. Nuccio likes to give her employees such an opportunity by having them cross-train in every position. So at her lab, each person learns aspects of different departments and can perform a multitude of tasks, like heavy metals chemistry and HPLC work. This way, if and when her employees are ready to move up, they are sufficiently trained and understand every facet of the business.

From being in charge to having more contact with clients, there are many reasons one would want to transition to management. The biggest benefit, according to Deutsch, is monetary. With the additional responsibility come larger compensation and perhaps a stake in the organization. There is, however, “more stress and [the] possible loss of some friendships with coworkers,” he adds. To that end, it’s important for those who are looking to move up to ensure that the lifestyle suits their temperament and goals. Once they determine that moving up in the hierarchy is suitable, there are several time-proven steps to do so.

Education and experience are the minimum requirements for success in a lab, whether as an analyst or as a manager. Yet there are a multitude of other factors to consider when looking to climb the management ladder.

“When we need to look at moving someone up to manager, I look for people with common sense and [an] ability to understand the big picture of our laboratory,” Deutsch says. “They have to be good workers, have multiple skills, and not spend all day in the break room. And we do not promote employees just because they have the most advanced degrees.”

This process is currently exemplified in the naming of a new assistant lab manager for Deutsch’s lab: “This person is a good worker, has made an effort to learn how to run multiple instruments, has common sense, and gets thing done promptly and correctly.”

Despite running a very small laboratory, Nuccio agrees that perseverance, taking initiative to learn new things, a desire to grow, and loyalty are essential to moving up.

“We try to do what we can to help them, give them the training that they need, but there are many times when you have to take the initiative to learn on your own,” she explains. She also acknowledges that in a lab as small as hers, there isn’t a lot of room for someone to move into a position like hers, as a manager and president.

Eventually, however, Nuccio would like to reduce some of her load, assuming that she could find the right person to take on a good portion of the management responsibilities. If someone did want to take a managerial position, he or she ought to think about ways of expanding the business. “If I could get somebody groomed for the position, I would love to take a step back, but that just hasn't happened,” she says.

For those aspiring to management, Nuccio advises to just keep at it and do the work well. “I find that a lot of people get in the way of themselves and think [only] about what they need instead of what the company needs,” she says. “If the company does well, so do the employees—that usually gets passed down—so it’s taking initiative to do what you can to make the business grow and run efficiently and to make the jobs easier. Then [management] definitely will take notice.”

Growing a lab’s business could mean looking for new revenues by marketing, attending trade shows, and making contacts—all of which open the door for potential work and new clients. And while it’s more difficult to move up in a small lab because there are fewer opportunities, in a larger lab like AGVISE, it might be harder to get noticed. In the end, it’s all about having the desire to move up and working toward an overarching goal of bettering the laboratory (be it large or small), the industry, and essentially, the underlying science.