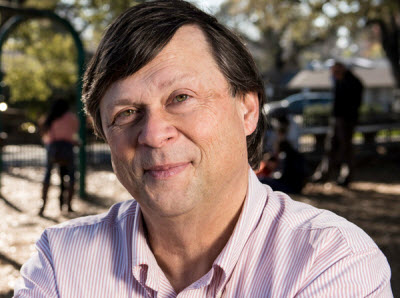 Professor Mark Davis of the Stanford School of Medicine will lead the new Stanford Human Systems Immunology Center, established with a grant from the Bill & Melinda Gates Foundation to aid vaccine research.Stanford UniversityWhile illnesses like polio and measles are now readily preventable, scientists have been stymied in their efforts to fight diseases such as HIV and malaria. In part, this is because large-scale clinical trials can cost hundreds of millions of dollars and can take up to 10 years to determine the success – or often failure – of a vaccine candidate.

The work funded through the new center will enable researchers in diverse fields of study at Stanford and other institutions to use advanced immunological tools to understand how vaccines protect and to help prioritize the most promising vaccines for clinical trials. The center will be led by Mark Davis of Stanford's School of Medicine and will also involve faculty in the School of Engineering. Their effort furthers the university's commitment to addressing global problems through novel, interdisciplinary collaborations.

"Effective vaccines are urgently needed to prevent disease and save lives," said John L. Hennessy, president of Stanford University. "This grant will allow Stanford to leverage advances in technology and accelerate progress in this important area."

The Stanford Human Systems Immunology Center will draw upon a repertoire of technologies, many of which have been pioneered at Stanford, to provide a detailed profile of the human immune response. Seed grants will be made available to Stanford faculty, as well as investigators from other institutions, in order to fuel innovations in immunology and vaccine-related efforts.

Davis, the center's principal investigator, said animal models of vaccines have not been successful in most cases, as multiple vaccine candidates shown to work in mice and non-human primates have failed in human trials.

"What we need is a new generation of vaccines and new approaches to vaccination," said Davis, who is the Burt and Marion Avery Family Professor of Immunology and director of the Stanford Institute for Immunity, Transplantation, and Infection. "This will require a better understanding of the human immune response and clearer predictions about vaccine efficacy for particular diseases."

Davis will be joined in the effort by Holden Maecker, associate professor in the Department of Microbiology and Immunology and director of the Human Immune Monitoring Center; Garry Nolan, the Rachford and Carlota A. Harris Professor, also in the Department of Microbiology and Immunology; Atul Butte, associate professor of pediatrics and genetics and, by courtesy, computer science; Yvonne Maldonado, professor of pediatrics and of health policy and research; Karla Kirkegaard, the Violetta L. Horton Research Professor and professor of genetics; Peter Kim, the Virginia and D. K. Ludwig Professor in Biochemistry; Thomas Baer, executive director of the Stanford Photonics Research Center; and other faculty.

The researchers also plan to analyze why some people are able to effectively fight off pathogens, while others remain vulnerable. For instance, many millions of people are carriers of the tuberculosis bacteria, yet fewer than 10 percent develop active disease.

"This grant will provide crucial support to Stanford's world-class scientists as they collaborate with investigators around the globe to assess vaccines against some of the most formidable diseases of our time," said Lloyd Minor, dean of the School of Medicine. "The Stanford Human Systems Immunology Center will help the most promising vaccine candidates to move quickly and efficiently from the lab to the front lines of treatment, impacting countless lives."

"We are pleased to make this grant, which is all about enabling collaboration," said Chris Wilson, director of the Discovery and Translational Sciences program at the Bill & Melinda Gates Foundation. "It will enable vaccinologists to take advantage of the state-of-the-art technologies that Stanford has developed to monitor the human immune response and allow Stanford investigators to collaborate to help solve the real-world problems we face when trying to harness the power of the immune system to provide protection for those in the developing world."

Stanford has a long track record in immunology. In 1970, the late Professor Len Herzenberg invented the fluorescence-activated cell sorter (FACS), a revolutionary technique that is now a mainstay in labs around the world.  In the last decade, Stanford scientists have developed or refined a host of other sophisticated tools that are transforming the ability to understand immune responses in humans at a deep level. These include technologies that can rapidly analyze individual cells and tools that can provide a detailed portrait of the human immune system, with all of its many components.

"We hope our work will have a profound effect on our ability to combat diseases of the developing world," said Davis, who is also an investigator at the Howard Hughes Medical Institute.