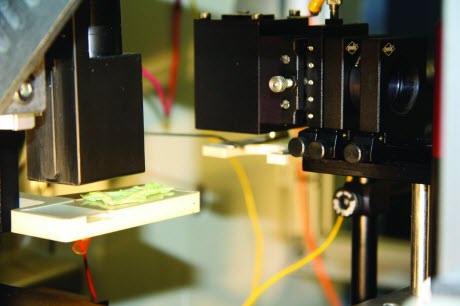 Custom-built laser source for mass spectrometry imaging: By means of improved Laser Ablation Electrospray Ionization (LAESI) the surfaces of non-flat samples—for example this coarse piece of savoy cabbage—can now be chemically analyzed.Photo credit: Benjamin Bartels, Max Planck Institute for Chemical EcologyThe chemical analysis of biological tissues with three-dimensional shapes has been a major problem so far. Researchers at the Max Planck Institute for Chemical Ecology in Jena, Germany, have now improved mass spectrometry imaging in such a way that the distribution of molecules can also be visualized on rippled, hairy, bulgy, or coarse surfaces. The source of the laser-based technique was custom-built to accommodate the topography of non-flat samples. By employing a distances sensor, a height profile of the surface is recorded before the actual chemical imaging. The new tool can be used for answering ecological questions from a new perspective (RSC Advances, January 2017, DOI: 10.1039/C6RA26854D).

Laser ablation electrospray ionization (LAESI) is a method that can be applied in mass spectrometry imaging to investigate the distribution of many different chemical compounds found in a biological sample. The laser is used to remove a small fraction of the sample by local heating. At some point the illuminated part of the sample cracks open and vapor escapes. The formed cloud is subsequently ionized by an electrically charged mist to make the vapor contents detectable in a mass spectrometer. "The spatially confined laser probing enables us to assemble chemical information very much like pixels form an image," Aleš Svatoš, the leader of the new study, explains the technical principles of the technique.

The distribution of chemical compounds in flowers, leaves, stalks, and other parts of a plant are of major importance in ecological research. Many of these compounds are plant secondary metabolites which are produced by plants to attract pollinators or to fend off herbivores or pathogens, for example. It is important that a plant produces these substances, but it can also be crucial where the molecules are accumulated in the plant tissue. Is a defensive substance distributed evenly in a plant leaf or are there special glands that provide protection by secreting this chemical? Which parts of an insect exoskeleton specifically accumulate toxins or pheromones for communicating with their conspecifics? How do different species interact with each other on a molecular level?

"The biggest challenge in analytics is preserving the constitution of a sample throughout the analytical process. More often than not, sample preparation influences the result by altering the sample's chemical constitution. Typical preparation steps include sectioning a sample into thin, flat slices because flatness is required to guarantee optimal laser focus, a key parameter in reliable analysis," Benjamin Bartels, the first author of the study and PhD student in the Mass Spectrometry Research Group, points out.

Most samples encountered in chemical ecology have surfaces which are far from flat: Plant leaves often have hairy structures or they are rippled. Caterpillars can also be hairy, and they are generally rather bulgy than flat. Benjamin Bartels and Aleš Svatoš, who heads the Mass Spectrometry Research Group, have therefore adapted the LAESI technique to non-flat surfaces to open up the possibility of performing chemical imaging of samples with pronounced three-dimensional shapes while maintaining the reliability of classical measurements.

The new instrument measures the height profile of the surface in question prior to the actual mass spectrometry imaging. The recorded height profiles can be used to correct the distance between the focusing lens of the laser and the sample's surface. This way one of the essential parameters for reliable laser probing is kept constant throughout the experiment on samples with three-dimensional structure which were previously not subjectable to such analysis. "This means that we can now investigate molecular distributions on a much bigger range of accessible surfaces. I am thinking of insect exoskeletons or microbial colonies within their environment. We can now also compare the contents of different trichomes of a leaf," Benjamin Bartels emphasizes the advantages of the LAESI enhancements.

In the near future the researchers would like to implement further improvements and refinements. It is their goal to use LAESI also in routine measurements of non-flat surfaces. 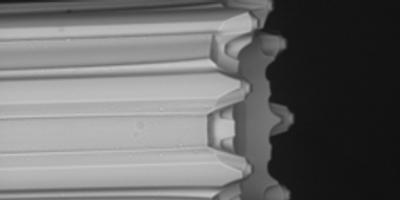 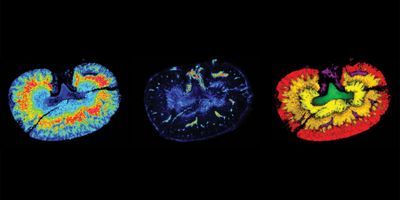 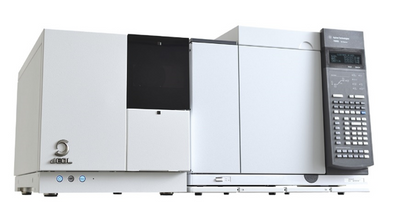 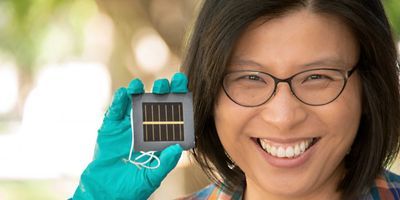 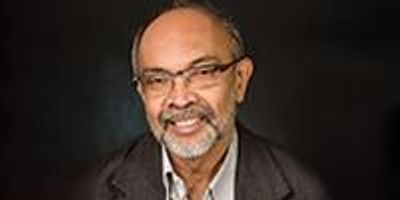 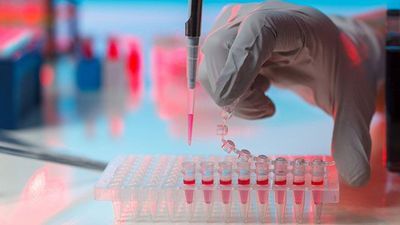