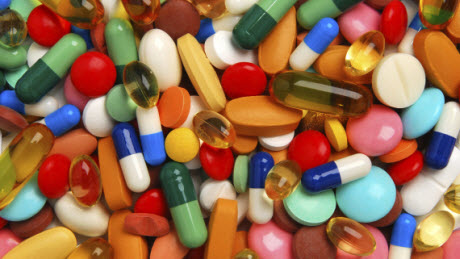 Image courtesy of Cardiff UniversityA new gene (MCR-1) that enables bacteria to be highly resistant to polymyxins–the last line of antibiotic defence we have left–has been found in widespread bacteria samples taken from pigs and patients in south China, including strains with epidemic potential.

The research is published today in The Lancet Infectious Diseases by Professor Timothy Walsh, from Cardiff University's School of Medicine, who collaborated on this ground-breaking work with scientists from South China Agricultural University.

Professor Walsh is an expert in antibiotic resistance and is best known for his discovery in 2011 of the NDM-1 disease-causing antibiotic-resistant superbug, in New Delhi’s drinking water supply. Speaking of the discovery, he said:

“The emergence of the MCR-1 gene in China heralds a disturbing breach of the last group of antibiotics – polymixins – and an end to our last line of defence against infection.

“The rapid spread of similar antibiotic-resistant genes such as NDM-1 suggests that all antibiotics will soon be futile in the face of previously treatable gram-negative bacterial infections such as E.coli and salmonella.

“Our investigations in China found that MCR-1 is already prevalent in E.coli samples found in live animals and meat products, and in a small number of human cases.

“We now have evidence to suggest that MCR-1-positive E.coli has spread beyond China, to Laos and Malaysia, which is deeply concerning.

“The potential for MCR-1 to become a global issue will depend on the continued use of polymixin antibiotics, such as colistin, on animals, both in and outside China; the ability of MCR-1 to spread through human strains of E.coli; and the movement of people across China’s borders.

“MCR-1 is likely to spread to the rest of the world at an alarming rate unless we take a globally coordinated approach to combat it.

“In the absence of new antibiotics against resistant gram-negative pathogens, the effect on human health posed by this new gene cannot be underestimated.”