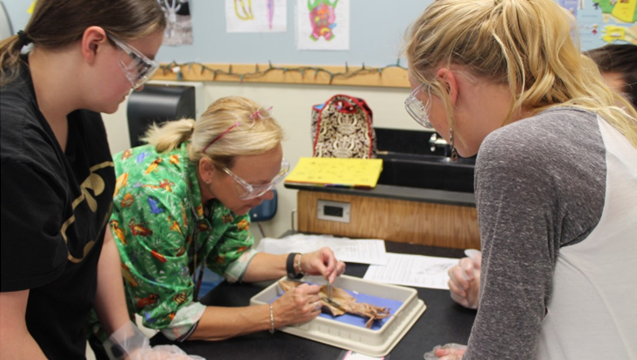 Half of the people pursuing careers as scientists at higher education institutions will drop out of the field after five years, according to a new analysis from researchers at Indiana University Bloomington.

That number contrasts sharply with the departure rate of scientists in the 1960s, when a much higher fraction spent their full careers in academia. Back then, it took 35 years for half of the people entering the field at the same time to drop out.

The statistics come from a study published today in the journal of the Proceedings of the National Academy of Sciences that tracked more than 100,000 scientific careers over 50 years to also reveal a steadily growing "temporary workforce" of lab technicians, research associates, postdoctoral researchers, and other supporting scientists.

"Between 1960 and 2010, we found the number of scientists who spent their entire career in academia as supporting scientists—rather than a faculty scientist—has risen from 25 percent to 60 percent," said Staša Milojevic, an associate professor in the IU School of Informatics, Computing and Engineering, who led the study. "There seems to be a broad trend across fields in science: It's increasingly a revolving door."

The study's findings come from tracking tens of thousands of individual names listed as authors in top academic journals over the past half century. In addition to the sharp drop in career life span, the analysis revealed a 35-percentage-point rise in the number of scientists who are never credited as a study's primary author.

In a field where career advancement often depends on the axiom of "publish or perish," Milojevic said, the sharp rise in researchers who never lead a publication is striking.

"Academia isn't really set up to provide supporting scientists with long-term career opportunities," she said. "A lot of this work used to be performed by graduate students, but now it's typical to hire a 'postdoc'—a position that practically didn't exist in the U.S. until the 1950s but has since become a virtual prerequisite for faculty positions in many fields.

"You can keep moving from postdoc to postdoc—or you might get hired as a research scientist—but there really isn't a lot of job security. It's a difficult position to survive in."

"The core issue is the number of PhDs being produced is much larger than the number of tenure-track jobs," Milojevic said. "Traditional academia works on an apprenticeship model—people trying to reproduce themselves—but this system represents a disconnect with the newer 'industrial model' of science, which requires large teams of specialists with narrow areas of expertise."

This latter group is also composed of those whose skills are not compensated at the same level as their peers, Milojevic said.

She added that other experts have suggested changes to the metrics used to reward performance at universities, or the establishment of more government institutes focused on pure research, as potential solutions to this issue.

"In the end, I think these issues will need to be addressed at the policy level," she said. "This study doesn't provide a solution, but it shows that the number of scientists leaving academia isn't slowing down."