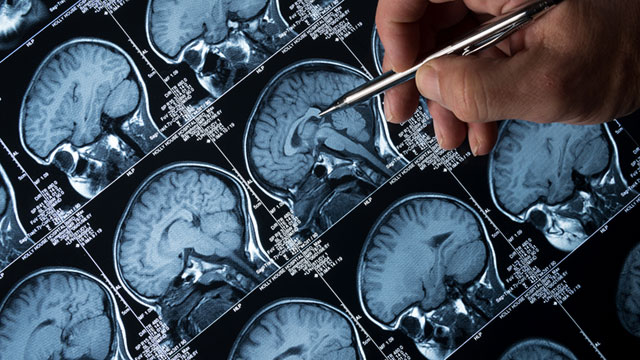 Interactions among proteins that relay information from one immune cell to another are weakened in the blood of brain cancer patients within five years before the cancer is diagnosed, said lead researcher Judith Schwartzbaum of Ohio State University.

That information could one day lead to earlier diagnosis of brain cancer, said Schwartzbaum, an associate professor of epidemiology and member of Ohio State’s Comprehensive Cancer Center.

The study, published in the journal PLOS ONE, focused on gliomas, which make up about 80 percent of brain cancer diagnoses. Average survival time for the most common type of glioma is 14 months.

Symptoms vary and include headaches, memory loss, personality changes, blurred vision, and difficulty speaking. On average, the cancer is diagnosed three months after the onset of symptoms and when tumors are typically advanced.

“It’s important to identify the early stages of tumor development if we hope to intervene more effectively,” Schwartzbaum said. “If you understand those early steps, maybe you can design treatments to block further tumor growth.”

While widespread blood testing of people without symptoms of this rare tumor would be impractical, this research could pave the way for techniques to identify brain cancer earlier and allow for more-effective treatment, Schwartzbaum said. 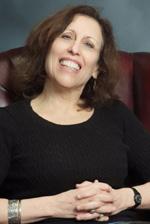 Judith SchwartzbaumPhoto courtesy of Ohio State UniversitySchwartzbaum evaluated blood samples from 974 people, half of whom went on to receive a brain-cancer diagnosis in the years after their blood was drawn. The samples came from Norway’s Janus Serum Bank.

Because of previous research—including her own on the relationship between allergies and brain cancer—Schwartzbaum was interested in the role of cytokines, proteins that communicate with one another and with immune cells to spark immune responses. Schwartzbaum’s previous work found that allergies appeared to offer protection against brain cancer.

In this study, Schwartzbaum evaluated 277 cytokines in the blood samples and found less cytokine interaction in the blood of people who developed cancer.

“There was a clear weakening of those interactions in the group who developed brain cancer and it’s possible this plays a role in tumor growth and development,” Schwartzbaum said.

Cytokine activity in cancer is especially important to understand because it can play a good-guy role in terms of fighting tumor development, but it also can play a villain and support a tumor by suppressing the immune system, she said.

In addition to discovering the weakening of cytokine interactions in the blood of future cancer patients, the researchers found a handful of cytokines that appear to play an especially important role in glioma development.

The results of this study must be confirmed and further evaluated before it could translate to changes in the earlier diagnosis of brain cancer, but the discovery offers important insights, Schwartzbaum said.

“It’s possible this could also happen with other tumors—that this is a general sign of tumor development,” she said.

The research was supported by the National Cancer Institute.

Min Wang, a postdoctoral fellow at Ohio State’s Mathematical Biosciences Institute, was co-lead author on the research. Other collaborators at the university were Elisabeth Root, Maciej Pietrzak, and Grzegorz Rempala.