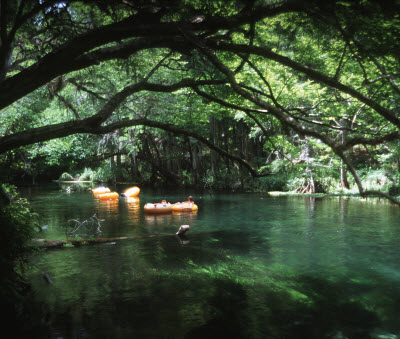 Pharmaceuticals pose a danger to aquatic organisms in urban-area riverbeds, according to two UF/IFAS scientists. Post-doctoral Researcher Yun-Ya Yang studied samples collected from the silt in the Alafia River in Hillsborough County and found 17 pharmaceuticals, proving the riverbed to be a good sink for these chemicals. Gurpal Toor, an associate professor in soil and water science at the UF/IFAS Gulf Coast Research and Education Center in Balm, supervised the study. The scientists say the chemicals in the riverbed in Hillsborough County are representative of chemicals in riverbeds in urban areas globally.Photo credit: UF/IFAS fileGAINESVILLE, Fla. — River beds in urban areas worldwide store pharmaceuticals, and University of Florida scientists warn they can pose a potential environmental danger to aquatic organisms.

UF/IFAS Post-Doctoral Researcher Yun-Ya Yang conducted a study along rural and urban areas of the Alafia River, which runs through parts of Hillsborough County and empties into the Gulf of Mexico. In her study, Yang collected sediment samples at several sites along the river and found 17 pharmaceuticals.

Yang found a lower amount of pharmaceuticals than in previous similar studies because river beds in Florida do not contain enough silt and clay, but they can still present an environmental concern.

These types of chemicals are not confined to the Alafia River or urban-area rivers in Florida, said Gurpal Toor, an associate professor in soil and water science, who supervised Yang’s study. The scientists say their findings are representative of urban rivers worldwide, partly because wastewater treatments plants, septic systems and industrial wastewater empty into water bodies. Landfill chemicals also leach into water bodies. All these sources contribute these contaminants in the environment.

The three most frequently found pharmaceuticals were carbamazepine, trimethoprim and pseudoephedrine, the study said.

Humans absorb little of the medications they take. Most of it comes out in their urine or feces. The waste winds up in sewage systems and eventually into urban rivers, said Toor, a faculty member at the UF/IFAS Gulf Coast Research and Education Center in Balm.

“Many of the pharmaceuticals degrade poorly or not at all during the wastewater treatment process, and are then carried into the environment,” Yang said.

To help put fewer pharmaceuticals into the system – and keep them from getting into these rivers – UF/IFAS scientists recommend taking drugs back to police agencies. The next national drug take back day, organized by the U.S. Drug Enforcement Administration, is in September. Scientists also recommend not flushing drugs down a toilet.

Yang found only a tiny fraction of the 3,000 pharmaceutical compounds in the market. With so many more types of chemicals on the market, many more are bound to be in riverbeds, she said.

For information on other contaminants of concern in everyday life including pharmaceuticals, consult a series of Extension publications that cover a broad range of the contaminants in the urban environment. Click on http://edis.ifas.ufl.edu/topic_seris_contaminants_in_the_urban_environment.