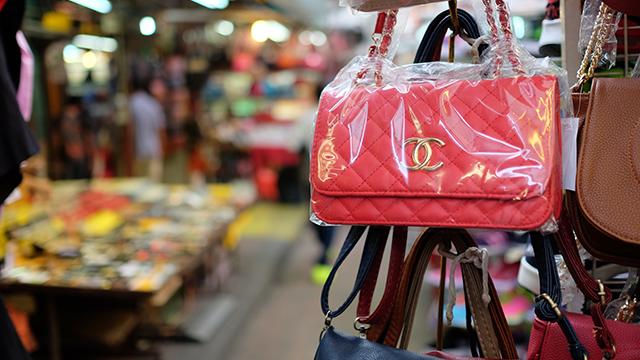 Discovering that your new designer handbag or gold watch is a fake is costly and annoying, and counterfeit medical devices or drugs could have even more serious consequences. But seemingly as soon as manufacturers develop a new method to ensure product authenticity, counterfeiters find a way to outsmart it.

Now, researchers have created an "unclonable" tag that can never be replicated, even by the manufacturer. They report their results in ACS Applied Materials & Interfaces.

Each year, counterfeit goods cost billions of dollars in economic losses. These knock-offs, typically of inferior quality, often masquerade as luxury brands. Manufacturers have tried to incorporate unique tags or bar codes on their products so that store owners and consumers can verify a product's authenticity, but counterfeiters often figure out how to copy these. Riikka Arppe-Tabbara, Mohammad Tabbara and Thomas Just Sørensen wanted to develop an authentication system using physical unclonable functions (PUFs)—tags based on random processes that are impossible to replicate. As they explain in their report, an example of a PUF would be throwing a handful of sand on a surface. Each throw generates a random pattern that cannot be copied.

To develop their anti-counterfeiting system, the researchers laser-printed QR codes on paper and then sprayed the PUF pattern on the surface. The PUF inks contained microparticles, which formed random patterns that showed up as white spots on a black background when magnified. To validate their system, the team generated 10,000 tags and imaged them with a smart phone camera to establish a registry. Then, they re-imaged the tags with different smart phone readers and tried to match them to the registry.

The system correctly identified 76 percent of the PUF tags. None of the tags were identified incorrectly, but some codes that were dirty or out-of-focus required an additional scan. The researchers estimate that the system can generate 2.5 × 10120 unique codes.