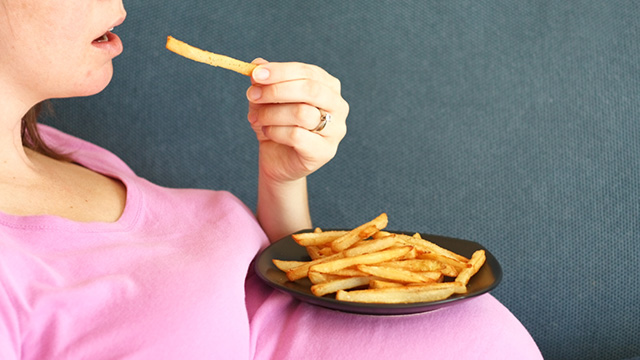 LA JOLLA, CA – December 13, 2016 – Diet composition around the time of pregnancy may influence whether offspring become obese, according to a new study using animal models at The Scripps Research Institute (TSRI). 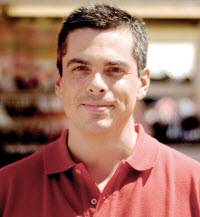 Study senior author Eric Zorrilla is an associate professor at The Scripps Research Institute.Photo courtesy of The Scripps Research Institute“Your diet itself matters, not just whether you are gaining excess weight or developing gestational diabetes,” said TSRI associate professor Eric Zorrilla, who led the study in collaboration with Tim R. Nagy of the University of Alabama at Birmingham and Barry E. Levin of the Veterans Affairs (VA) Medical Center of East Orange, New Jersey, and Rutgers University.

In fact, the researchers found that giving females a typical American, or Western, diet appeared to set the next generation up for lifelong obesity issues.

This work was published recently in the American Journal of Physiology and featured in APSselect, a collection of the best research papers from all journals published by the American Physiological Society.

It’s Not Just about Weight

The researchers made this discovery by studying two lines of rats, one selectively bred to be obesity-resistant to a high-fat diet and one bred to be unusually vulnerable. Rats from each group were fed either a diet with the same overall fat, saturated fat, carbohydrate, and protein levels as a typical Western diet, or a lower-fat, higher-grain control diet.

The scientists found that female rats given a Western diet in the weeks leading up to pregnancy, during pregnancy and during nursing had offspring more prone to obesity at birth, during early adolescence, and—many months later—through adulthood. This occurred even if the mothers themselves did not overeat and maintained a healthy weight, body fat, and insulin status.

Zorrilla said the results were surprising because, whereas previous studies had shown that overweight mothers were more likely to have overweight offspring, the new findings suggest that diet alone can make a difference independent of weight gain.

The Western diet seemed to set in motion a metabolic “program” that lasted throughout the rat’s life. Although these rats slimmed down during puberty and early adulthood, they still showed a lower basal metabolic rate (less energy expended at while rest) and higher food intake during that time, which led to a return of obesity in mid-adulthood. 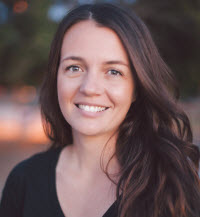 The researchers also spotted an interesting difference in the effects of the Western diet between the obesity-vulnerable and obesity-resistant lines: in females, the diet impaired the reproduction of the obesity vulnerable lines. Significantly fewer females on the Western diet were able to reproduce, and those that did reproduce had fewer offspring. “This wasn’t the focus of the study, but it supports the idea that a Western diet promotes infertility in mothers vulnerable to diet-induced obesity,” said Zorrilla.

The researchers also identified elevated levels of several molecules, such as insulin and hormones called leptin and adiponectin, starting at birth in both the Western diet and genetically vulnerable offspring. This hormone profile may serve as an early biomarker for detecting obesity risk.

The Takeaway for Moms: Better Nutrition

Research is ongoing into which aspects of a Western diet trigger these effects—and the molecular changes in the offspring responsible for them. Zorrilla said the findings should raise awareness of the importance of a healthy pre- and post-natal diet. For example, doctors may want to discuss nutrition with all women who are pregnant or are planning to become pregnant, not just those already overweight.

“Doctors often use weight gain as a hallmark of a healthy pregnancy,” said Frihauf. “But we realized there was something going on in utero that wasn’t detectable in the mother’s weight.”

Frihauf added that few pregnant women, even in the United States, eat a high-fat, high-sugar diet all day, every day. “We’re not trying to tell pregnant women not to occasionally splurge on a piece of cake,” she said.

Studies have also shown that paternal diet, through “epigenetic” mechanisms that control how genes are expressed, can affect obesity risk in offspring, added Zorrilla, so nutritional information may be valuable for potential fathers as well.

In addition to Zorrilla, Nagy, Levin and Frihauf, the study, “Maternal Western Diet Increases Adiposity Even in Male Offspring of Obesity-Resistant Rat Dams: Early Endocrine Risk Markers,” was authored by Éva M. Fekete, previously of TSRI and now at the University of Wisconsin-Madison.